@PugLove888 Isn't it nice when you want to create someone from the real world, and they're not that hard to make? Like in your brother's case it sounds like the nose is the only real difficult part. Noses are always a pain to do anyway, I stink at them too and I'm sure a lot of others will as well.

I feel I look weird without facial hair and long hair. I probably look like I belong in some metal band, and I doubt I look like the type of person to play a Sims game, but yeah I just don't like the shape of my face so long hair and a big beard helps hide it lol. Sounds like both of us would have to rely on CC if we wanted an accurate look in game. That is one really nice thing about playing on PC or Mac, then again sometimes finding good quality CC can be hard especially since some people like to hide the actual quality with screenshots that were edited to make them look nicer. Like you'll see an image of a sim that looks like a model, then you get it in the game and it looks nothing like the screenshot.

@daikoyu , your sisters are beautiful!  I love the color coordination, as well as the little details that make them a bit different from one another (the red one's different necklace, the green one's little floral tattoo, and the purple one's non-Vampires pack hair -- just nice to have those little touches!) I especially love their butterfly makeup and their dresses (that is my favorite dress from the Vampire's GP!) 😍

@valohim666 , well we all have things we don't like about ourselves.  And even when making a SimsSelf there are 2 ways to go about it -- either dead-on accuracy (as much as possible) , or making ourselves what we wished we looked like! 🤣

The great thing about the Sims is that multiple generations and personalities play it!

Not many video games can say that!

While I play on a PC, I don't use Mods/CC .  I hate maintenance and am too easily distracted by CC .  I used to play with CC in TS2 and a mod or two as well as CC in TS3.  But some CC caused problems, so I deleted all mods and CC .  And that was for the best since TS3 had difficulty running anyway.  So, I never wanted to have to go through that again, so when TS4 came out, I avoided both Mods and CC.  But it is nice to know I have that option!🥳  I have a relative that plays on console and they are limited. 😓

Ah, sounds like some CC creators are doing the old "bait & switch"! 😧😠

I personally think that vanilla sims are beautiful and player which try to use vanilla setting for her simself are great! You get all the limitations from a game and still try it. I only don’t like the adults; I think they have to many wrinkles… so most of my sims are young adult which get wrinkles from facial detail.

Sure, CC is wonderful, and I used too (limited) but the most drama which goes on in sims4 comes from CC-Creator. Many paywall mods are too by CC-Creator. Sure, it helps that I have all DLC so I have enough choice, without really the need for CC, especially since the update which I can use things from both genders. (Thanks, sims4team! I loved this update)

I always love it to see vanilla sims without CC-Skin overlay. Sadly, default CC-Skin overlay doesn’t get tagged as CC, so if I used the gallery, I got sometime really specials sims…

@PugLove888  is my favourite dress from all clothing options. I don’t have it with modern clothing, I wish we would get a DLC with back to the past! A DLC without Phones and really old fashion cloathing and maybe horses (because it would fit)

@PugLove888 Another huge problem with any sort of mods/CC for Sims 4 is that there seems to be so many frequent updates, and with so many updates means the potential for those mods/CC to become outdated and if the creators don't update then what do you do? Plus there are mods that can potentially mess up a save if you remove them, so what happens if you have a mod like that and it doesn't get updated? Then you have to deal with compatibility, not only with the mods and your game version but with compatibility between mods.

I think that's one of the main reasons I stopped playing my PC version and just stuck with it on Xbox. Sure I could add mods on PC, even created a few myself to tweak things I didn't like, but at times I just get tired of dealing with mods. If I remember correctly, my PC version hasn't even been updated since Island Living released or possibly even before that.

Some creators seem to edit their screenshots to deceive, while others use a bunch of other CC to make their sims look a certain way though they never mention the other CC. Unfortunately it seems some people just want downloads, and they don't seem to care what it takes to get them.

@daikoyu You bring up another good point about mods/CC, and that's the people that hide them behind paywalls. When I was really into mods and whatnot for this game, there was nothing that annoyed me more than looking for something only to find that I had to be a part of someone's Patreon or other similar thing just to access their content. Heck I won't even buy the various packs for the game, I play the base game, so what makes these people think I'm going to pay them for a file or two? lol

I was feeling inspired, and since I recently finished watching (and reading) Heartstopper, I thought I would recreate Nick and Charlie. I tried to mix the originals with the looks of the actors in the Netflix series, so Nick is blonder but retains Kit Connor's freckles, and Charlie has olive skin but with Joe Locke's full lips. Are you familiar with Heartstopper? 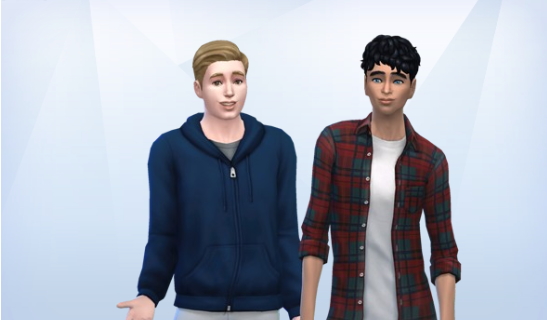 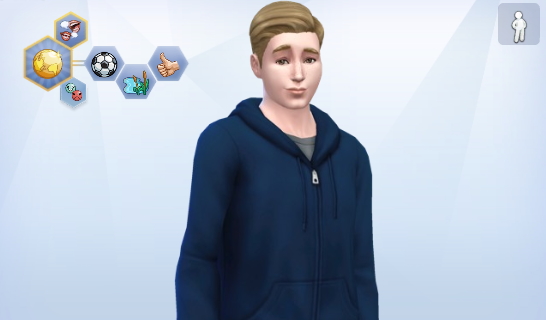 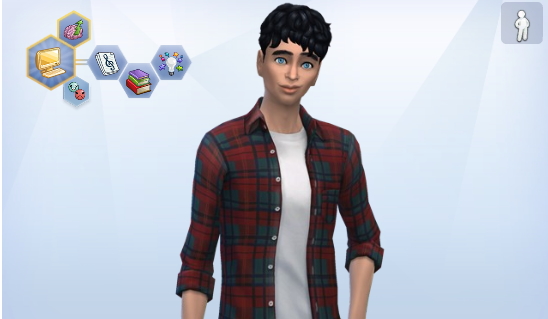 @valohim666 I don't use CC when I post something in the gallery, because I prefer that the majority of players can download the content I created. I also try to use as few expansion packs as possible, again for the same reason. Is this limiting? Sometimes yes, especially the eye color (which I find a bit flat and too opaque), but I still prefer to work only with original Maxis material.

@GiardiniDiMarzoNever heard of this series, but I think your sims are beautiful.  Are both teens in the series? They remember me of teens!

@daikoyu Yeah, they're teens both in the graphic novel and in the series. I made them YA so they can be roommates. It's a coming of age story very sweet and positive.
Message 28 of 89 (162 Views)
Reply
0

So, I'm doing a huge sprawling rotational save right now that I call ROTATION OF INSANITY

(because I have too many families, really, too many... I'm playing the EA townies whose lore I tweaked, and some of my custom townies as well) so I'm mainly doing age-ups.  BUT!

This handsome young man looked terrifyingly bad on age up, believe it or not.  (He's an alien, but he always wears a disguise to look like his dad...)

Here he is as a child, with a whim to be friendly with his Dad...

This is the actual genetic child of Eric Lewis and Alice Spencer-Kim. I named her Vivian Kim-Lewis:

She's now in the Britechester Students household.  They're not in Uni yet, but during the rotation, if someone reaches Uni age, they move out into the uni students household and I'm going to have them live on campus together. I recently did this with the most unlikely roomies/friends ever, Malcolm Landgraab and my Sim Jennie, who studied Culinary Arts and has the good and cheerful traits.  LOL. Despite their traits being a trainwreck (Malcolm is evil and a snob) it worked well! so here's the current Britechester Students household (that's a different young man than above, this one is a vampire and dating Cassandra, lol).

I also uploaded some "tweaks" to the gallery. They're nothing too exciting, just Sims that come with the game with their kids edited so they look "normal" on age up.

@GiardiniDiMarzo   I loved Heartstopper!  I didn't read the book but the series was awesome.  You did a great job! <3