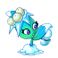 @Agrimonys I think though if the counting system was gone it would be harder to find things on gallery. Particularly houses, spas, and other lots. I'll start by look through the newest items but most of the time I end up finding what I want in the "popular now" or "most popular" when it comes to lots. So, there's advantages and disadvatages to it. Making sure people can't cheat getting downloads would make it easier for good creators get noticed over those who were just trying to cheat to get lots of downloads. This is just my opinion though.
Message 11 of 22 (435 Views)
Reply
2
Highlighted

And before this thread gets closed like others with the same agenda before it because of haters...

Please keep out of it. This is not about you. This is neither about cheating, accusing or being accused. This is about how easily it could be avoided.

This is, among other things, about

I think bad blood among players should have the highest priority.

delete because twice and problems with submit

@TopNotchToddler. Sorry, but I am old enough to not let anything or anyone tell me what to do or not to do, or what I have to say or not to say! Not even at a polite request. I live in a democracy and there it should be possible to discuss issues politely and objectively. But I agree with you on one point, this should be done without accusations. And yet there is no getting around this issue.

@Honeytraits. I am neither a developer nor a computer scientist, but once I was told by a computer scientist that it would be possible to abolish this counting system to the extent that it is no longer publicly visible to the players. For EA it can still run covert to get the categories "currently popular"; or "most popular";. And if what @LukasCreateSims said is also included, namely that every download counts only once, no matter how often the creation is downloaded, then we come to a very honest area again.Then we are at the players who convince with their work and have earned their downloads from other players in an honest way.
Because of the existing system there are also many players who don't know this and also do it unconsciously.
I don't exclude myself from this, because often things got lost in my library, which I could download from my catalogue (because online on the sims4 folder) back into my library.
In the course of time, since the Sims 4 exists, there were already the one or other problem.
With my old account there were just as many errors, which could only be fixed with a new account. All this with the help of EA.
But those players, who deliberately push up their own download numbers just to get into the above mentioned categories, wouldn't have a chance to cheat in this way - among others also themselves.
This also makes many things in the gallery dishonest, because you ask yourself - "How is that possible"? if someone has e.g. 5 followers, but in his catalog only 5 creations but already 10000 downloads? That is striking, isn't it? This is only a simple example but can be found in the gallery many times.And young or newly added and honest players would never have a chance to get into the above mentioned categories.
Where is the fair play then?
It's a pity if only a few honest players don't have a fair chance with this now existing system - especially since Sims4 is now also available on Playstation and X-Box, isn't it?
Unfortunately it is true that the number of players who push themselves up through this system is increasing, whether intentionally or unintentionally. And we would like to draw your attention to this, so that EA has the opportunity to work on it and hopefully change it soon.
Thanks a lot also to @EA_Mai for reply.

@Agrimonys I think you misunderstood what I was saying. I agreed we need to fix the cheating problem but I was disagreeing about getting rid of the counting system.

As for having a significantly more downloads than followers, having followers helps but I have almost 2k followers and my downloads can range wildly just like when I had less followers. I might get thousands of downloads on one sim and then only a couple hundred on another. Whether someone has downloads has more to do if people like their creations and if they use poses with their sims. That's at least with my experience. You can't judge whether someone is cheating solely by the ratio of followers to downloads.
Message 16 of 22 (278 Views)
Reply
4
Highlighted

@Honeytreats. Thanks for your answer. I agree with you. It is quite possible that I may have misunderstood you, because I live in Germany and the translation with google and co is often not good. I'm Sorry about this.
I also agree with you, based on your personal experience, if you already have as many followers as you do, that then it is no longer understandable. Not even if you have only 10 of the original 500 Contents , because you maybe have removed sometimes all others from your catalog. The number of downloads remains the same. This is absolutely correct. But, I also think somehow we both talk past each other - is that possible?

Let us take another example: Suppose someone downloaded a sim from your catalog and uploaded it under their own name. According to the terms of use it's perfectly ok. Let's further assume that this sim has received for you 50 downloads from your 2000+ followers. Now you go to the account of the person who uploaded your sim again. You see that this user has - let's say 50 followers and maybe only 10 other creations in the catalog besides your sim. Then you discover that the "re-upload" of your Sims has 2000 downloads at that other person. And within 24 hours!. What would you think then? Because fact is, that there are demonstrable users who deliberately increase their own download numbers. About the "who" and "why" we do not want to discuss here. It's about the principle, that it to have this possibility of self-downloads, and that EA maybe thinks about it and is considering the possibility to fix it. Not more and not less. Thanks a lot.

@Agrimonys Oh! I understand sometimes things can get lost in translation. And I do agree that cheating does happen.

I've most definitely had people steal a fair amount of my sims then get many downloads on them. When I first started posting and wasn't getting many downloads to begin with it was very frustrating, but it's just one of those things that tragically happens on the gallery. It's not fair, especially to people who don't get lots of downloads in the first place. I wish there was something that could be done to punish or at least discourage others from stealing sims. All we can do right now is to put our usernames in the tags, at least then others can see the sim was stolen.

Probably cheating and stealing are the biggest issues on the gallery.
Message 19 of 22 (228 Views)
Reply
2
Highlighted

@Agrimonys I also think you misunderstood what I was saying. I don't want to see this thread follow the same road as this one or this, both regarding the same topic, both closed because of personal attacks.

I am very thankful to everybody who shared their experience on my thread and kept it alive (though I never had the chance to say so before it was terminated). Pretty much all of them managed to do so without being too personal. Some others were reason for the thread to be closed.

EDIT: Deleted the rest because @Agrimonys and I already figured out our misunderstandings. I wish everything was that easy and hope that this gives this thread a more positive spirit than it's predecessors.