One of my retired sims from several generations ago is still hanging around the house and is still in the family portrait.  Several other sims have retired and left to join their "generations" portrait since then.  When I try to click on him, it tells me he is in another event.  Apparently he has been "in the event" for months now.  Any suggestions on how to get him to move out of the house and into his proper place in generations? 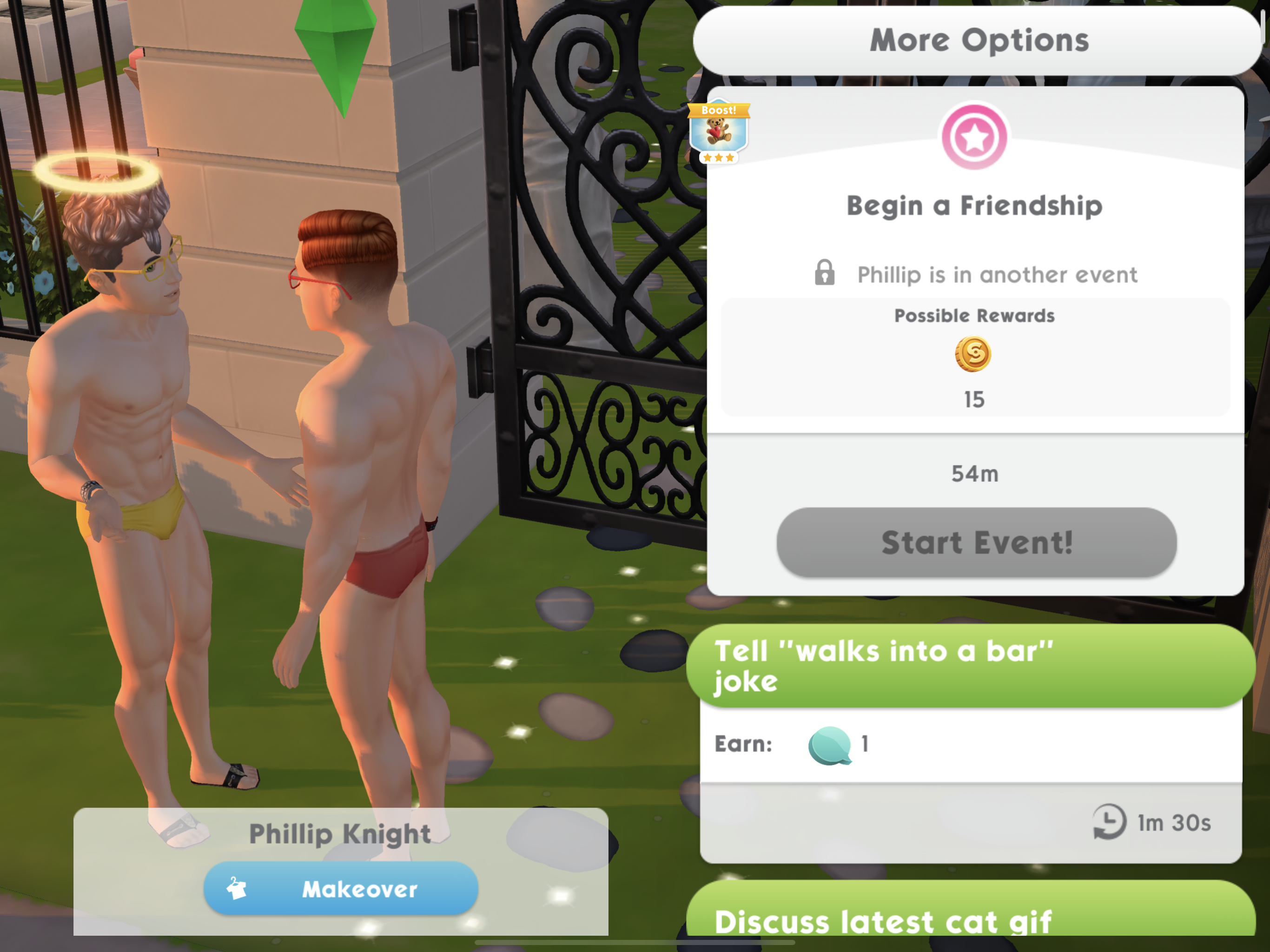 I've also been having this issue over the past few days, with two of my passive sims who both register as being "in an event." If anyone knows what's causing this (& how to fix it), or if @BlueWizardRob, you've figured it out since posting, I'd also greatly appreciate a workable solution!

After many attempts, restarts and everything I could think of I just kind of gave up.  I still attempted to remove him once a day when I first logged on to the game.  Eventually, one day the option to remove him appeared in the portrait.  I reluctantly used it.  In the distant past, using this option removed them and did not include them in their place in the "generations" portrait with their siblings.  Sometime over the two and a half years since I accidentally did that, they have fixed it and he left my game and appeared in his proper place in the portrait.
I can't confirm this, but it may have been fixed by installing an update with all active sims not in any activities.
Since yours are passive, not retired, you might also try making them active, start and complete an event with each and then making them passive again.  That might clear up whatever hidden activity they were doing.

Thank you! Good to hear your issue got resolved (if only because the game eventually jittered itself into functioning). I did try making them active to see if that would fix the glitch, but unfortunately you can't change passive sims' status when they're "in an event." i'll try reinstalling the game on my phone (since it's backed up to my account) and see if that fixes it, otherwise i guess i'll file a bug report and hope it resolves fairly soon?