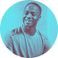 I got the werewolves pack and was excited to play. My werewolf was really angry, I clicked on the ground and my options were go here “savagely” or mark territory. As an Indigenous person I was extremely disappointed, immediately stopped playing didn’t bother saving.
The word “savage” has been used against Indigenous peoples in many countries to justify land thefts, “residential schools”, 60’s scoop, millennium scoop,  “Indian Day schools”, theft of culture, languages and Missing and Murdered Indigenous Peoples.

The word ‘savage’ didn’t start out meaning ‘bad *’.  Colonizers weren’t calling indigenous people ‘savages’ as a term of endearment to describe how 'badass' they were. In fact, in the Declaration of Independence, indigenous people are referred to as, “merciless Indian savages.”  The word was used to dehumanize indigenous people and justify genocide.  Continuing to use this word is disrespectful and disregards the systematic oppression and racism that indigenous people still face today.

Hey all, I'm going to go ahead and lock this thread as it's going around in circles discussing what is and isn't offensive.

Anyone is entitled to be offended by usage of a word and we appreciate and welcome all feedback that you wish to share with us and the team.

Thanks for taking the time to highlight this @JSmithh013, your feedback has been forwarded to the team.

Savagely means "in a fierce, violent, and uncontrolled manner."

Savage means "a person belonging to a primitive society".

The word used was Savagely not Savage. Besides there is nothing racial about savage as you yourself point out it has been used all over the world for indigenous people of different races.

The Sims is a global game, what may be perceived as a slur to some doesn’t necessarily carry through to all. A little tolerance and acceptance of different cultures helps, as does a bit of digging into etymology.

In the UK we very much still use a three letter word to describe a cigarette which people in other cultures, especially NA, may find extremely offensive, if they chose to, rather than just accept words can have different meanings in different cultures. This word is also used to describe a chore. It’s all about context of usage.

I often call my kid and his friends little savages as a term of endearment, as do all parents I know. Because they behave savagely, like something out of Lord of the Flies. It certainly has no reference to any specific culture.

While I can appreciate that your aim is to make The Sims a better and more inclusive place, the word you're taking umbrage with has been part of the English lexicon since the 1200's meaning undomesticated or not under human control and has no direct connection with indigenous peoples across any part of the world.

Nevertheless, I will forward your feedback to The Sims team for further investigation.

Let me say that I absolutely believe that there was no intent to be offensive or racist! Unfortunately, one of the privileges in white privilege is the privilege to not think about racism. Trust me, people of color would love to stop thinking about racism for a while! But because of this, non-POCs can sometimes unintentionally offend POCs.

Of all the definitions given for "savage" here, many people have left out one that I got from Merriam-Webster.com:

Definition of savage (Entry 2 of 3)

1 old-fashioned + offensive : a person belonging to a primitive society
2 : a brutal person
3 : a rude or unmannerly person
(Yes, the game used "savagely," the adverb, rather than the noun, but in English adverbs are basically -ly slapped onto a word and used to modify verbs, so "go here savagely" means "go here in a savage way" or "go here like a savage." It's disingenuous to pretend they're not related words. Also, the pack has the action on the toilet, "take a savage poo.")
The fact that the pack leans heavily on Twilight--Northwest US-looking logging town, werewolf/vampire war, etc.--doesn't help in that even though the Team thankfully avoided the horrible "all werewolves are Native American" racist trope, well, er, using the terms "savage" and "savagely" for werewolves in a pack that leans heavily on Twilight... er, it just doesn't help. Context matters.
Again, I genuinely believe that no one on the Sims team intended to offend anyone! but my general position is to listen to what the PoC has to say because they're unwillingly knowledgeable on the topic.

In short, even though I didn't even notice myself until @JSmithh013 pointed it out (see above re: privilege) I absolutely see it now, and therefore have to stand with them and point to definition #1 from Merriam-Webster.
Thank you for passing this feedback along to the team.
Message 5 of 21 (392 Views)
1

It is true that it says savage poo on the toilet but I think you will agree that this does not reference a person so we must instead look at the definition for using it as a verb,

Definition of savage (Entry 3 of 3)

I’ll put it this way.

There’s “The animal ran here savagely,” and then there’s “We’ve based a lot of our werewolf pack visuals and lore on Twilight, but instead of having all our werewolves be explicitly Native American we’ll just tag all werewolf actions as being ‘savage’ or being done ‘savagely.’” One is clearly not a reference to Native Americans and the other….

Not intentionally, of course, but the tropes are hungry.

Could you please point me to where you saw that announcement from EA  especially the part about werewolves being Native Americans. I haven't seen such an announcement.

I want to say Miigwech (thank you) for trying to understand the perspective from an Indigenous person of the Americas. I did not know about the toilet action because I did not play long enough to check out the whole pack.

I did try to talk about the adverb of it and how it’s still harmful to Indigenous peoples. As well the relevance the Declaration of Independence has with EA headquarters being in USA.

Some words that could be used instead of one’s that are triggering for Indigenous peoples are ruthlessly, viciously, brutally or destructively.

Oh, thank you! of course! Thank you for taking the time to speak up and educate us. I genuinely appreciate it.

There was some discussion in the Jewish and Muslim representation thread where someone asked how it was possible that a US-centric game produced in the US had no Native American/First Nation representation, and I thought of that comment during the conversation here.

I sincerely hope that the Team considers using a different, less loaded word--one without such an ugly role in US History.