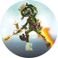 The relationship with the townie is close to half the full romance you can have.

@sugarwatermelon3 Yeah, I’ve seen this, too, and it’s brutal. I saw it in my Black Widow challenge save and my response was, “Oh, really? Now I don’t feel bad that you’re about to be murdered.” 😉 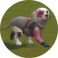 So, this is not a bug? And for sure a design choice? Can I say that I hate this and I am very disappointed in this person who decided that this is okey.

I don’t really know how I say this in a friendly manner that this are the first step to learn to create abuse relationships so, I just shut up.

// And don’t say here blabla drama. You can have drama BUT I want to toggle off these calls! Specially this SPECIAL romantic call. Just remove all NS progress calls from people which have it off in settings. I can mod these things out, but console/vanilla player CAN’T.

@daikoyu  No, no, we don't know for sure that it's not a bug. I do wonder, based on how harsh some of the other dating interactions can be, but... they could have just forgotten to check and see if you're romantically involved with the caller first.

Now, this report has been moved from bug reports. This is normal a sign that this is a design choice and not a bug. Generally, this romance calls have more issues. I get the crush calls from my married sims, which is really something special, if you ask me! I don’t tolerate cheating in any form and is a sensitive topic for me. I don’t need a remember in sims4 that many humans cheat in real life. (I don’t mind open relationships because its on the term all partners agree with this form)

Generally, all this call which handle romantic interaction are very bad writing and have a touch of abuse. (I would break up with my partner if he touch my things without asking. First rule in a partnership is to trust your partner and not snooping around.)

Yeah, my Sims don't cheat unless I need it for a storyline. (I had a family with an evil and noncomittal wife married to a family-oriented man, they have a teen and she had a baby with someone else and he divorced her and kept the baby.) I don't like cheating; usually if my Sims fall in love as teens they stay together forever! I've been playing since 2017 and have had two divorces. (The other one was just a couple that ended up being poorly matched--she was outgoing and had a huge family that came over constantly and he was a loner that was perpetually tense from seeing his wife's family.)

I don't mind a polyamorous relationship where everyone is on the same page and agrees to the arrangement (and have played that!), but I don't like nonconsensual sneaking around. (I played the Leverage team with Parker/Eliot/Hardison as a committed triad and Nate and Sophie happily married.)

And I think calling up your romantic partner and saying, "Hi, I think so-and-so is cute, should I ask them out?" is obnoxious behavior that should get someone dumped. I mean, if you're not officially dating maybe they're being manipulative and trying to get you to say, "No, I think you should be with me!" but... why not just ask to be boyfriend/girlfriend/partner instead?

That said, I've also seen a YouTuber say, "Tee hee, the Sims 4 is a game about infidelity! we all do it! let's go break up some townie marriages hahaha!" so I do understand that my play style isn't everyone else's play style. No judgment, it's all how you like to play.

That said, yeah, I'm sure it's hard to accommodate both play styles. I've suggested a drama slider before, which is mostly a joke because I don't know how they'd implement that technically, but... yeah.

Yeah, you are right. You can’t satisfy both playstyle and I agree much simmers love drama, but enough simmers don’t like it. I care for my pixel character, in ever game which I play. Sometimes I hate it that .. in D&D-model my alignments is neutral good.

I wish they would us allow to toggle off these calls or turn the frequency down. This would be the simplest method to make all players happy (Then they can write so much drama text which they like)

Btw, I am not a fan of manipulations behaviour, I totally get you what you want to say but I just want that team would stop to break my created characters with these calls. I don’t mind If I get these calls from households which I don’t *hearted* but I hate it if I get these calls from my *hearted* characters (I don’t play all of these, but over 300 my sims have a background story, and they don’t need my advance) Altought I liked the system with ECO now it has the same effect as the sniffing from dust.. Too much... it’s just too much.

Yeah, I hate it when MY PLAYED SIMS are NPCs and behave in ways that I think are out of character. Like I had a teenager come visit once and she was angry for NPC reasons so she stomped up 3 flights of stairs to smash a dollhouse in front of a toddler and made the toddler cry. This was MY PLAYED SIM with the good trait and high empathy and emotional control and I feel like she shouldn't make toddlers cry as an NPC. I sent her home.

That said, I also decided that I can't hold anything they do as NPCs against them because the game has NPCs do stupid, out of character things.

These calls are, in their way, the same kind of thing. You can either go with the story prompt the game is giving you, or you can reject it and say "I know my Sim better than the game does, apparently..."

(My DND characters are usually Chaotic Good or Chaotic Neutral, lol, but I'm benevolent to my little pixel people.)