Horses in the sims 4

@Spygirl131515, nobody knows yet!  Many of us who help people here are volunteers.  There are some EA employees here, but they either don't know the answer to that yet, or they cant say whether or not we will ever get horses at this time.

That said, I would love horses in the game

, and I really miss them from TS3!  I also know that a lot of people want them, so they might be planning for an upcoming horse pack.

There is usually an announcement for Game Packs and Expansion Packs a couple of months in advance, so be on the lookout.  We just had a GP come out (Jungle Adventure) so the next one wouldn't come out until the end of the year.  Also, EPs are released in the Autumn (but my guess is that the next EP would probably be a Seasons/weather EP).  Also, a few weeks before any pack is release, there is usually a Developer's Livestream that you can participate in, or watch afterwards -- this will let you know what the next GP or EP will be, and what it will be like, and when it will be released.  So just keep an eye open for these things starting in the Fall.

I really hope they make a horse pack! 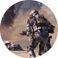 would you know if they will make an expansion pack for horses, do you also know if they are making horses for sims 4. :D

Probably not. Their usefulness was minimal in The Sims 3, in The Sims 4 they have no use since it's no longer an open world game.

@laraingals, No one knows for sure if horses or any other animals will be added to TS4!

Most of us helping out here are volunteers.  A few people do work for EA, but that doesn't mean that they know if horses will be added or when -- and even if they do know, they might not be allowed to tell us right now!

(and unicorns!) in TS3, and I really miss them as well!

While they aren't as useful with out the open world of TS3, we still could train them for horse competitions, not to mention spend time with them just for fun and companionship!

If we were to get this pack, it would probably be either Game Pack (GP) or maybe an Expansion Pack (EP).  Then there is the possibility that you mentioned that EA could included other farm animals

with horses … if they do that it would probably be an EP!  There are a lot of people out there that would love a farm pack (since we already have gardening, this would consist mostly of animals and maybe a few large crops like wheat, oats, corn, soy, or maybe alfalfa \ Lucerne.  (Or pumpkins!) But I think most people would rather them focus on animals since we do already have a large gardening system!

If we get a pack like this I hope it would include a farm windmill!

I also would love an old-fashioned water pump!  We have decorative ones in Oasis Springs, but I want functioning ones (not just for finding frogs!

)  And we would definitely need chickens! :eahigh_file:  But I want sheep the most since we can shear their fleece and then spin yarn and weave cloth with it!

Well there is no guarantee since we don't even know what it would entail to make all this work in the game, but I think we could maybe get horses at least!

I have to add that I love your screen name, as it is entirely appropriate to this post in that it is very similar to the author Laura Ingalls Wilder who wrote the "Little House on the Prairie" series of books!

I've read all her books numerous times!  I was wondering if you chose your name for that reason or if it is just a coincidence!

(And of course there is the TV show too!)

Does anyone know if anything had been done about the horse situation I 2ant to know if imyou can get horses in sims 4?

@LaurenPainter, I'm not sure what horse situation you are talking about, other than there aren't any horses in TS4

So if that is what you mean, then I guess that, no, nothing has been done yet that we know of.

However, it is possible that EA could be planning on giving us a horse pack in the future, or maybe a farming pack with horses.

We just don't know yet. No one knows until they officially tell us.

You can also go to the Twitch TV site and follow the developers of TS4 … every month they give us a Maxis Monthly stream with upcoming news!

Here's hoping that they give us horses!

Sims 4 needs to make a horse expansion pack. I miss the horses like sims 3 has. I love playing with the cats and dogs, but I am waiting on some horse packs to come in the future. Who all agrees with me?