Fix Pie Menus on Objects So They are Easier to Navigate

Fix Pie Menus on Objects So They are Easier to Navigate

The menus for some objects are tedious to navigate and fixing them will make using the game better.  The menus that need to be fixed are the menus with several options where the player has to click more to get to different submenus.  The new crafting objects from Eco Lifestyle have the menus correct.  Hopefully, the rest of the crafting objects will be updated in a future patch.

Here are some examples of menus that need to be changed: 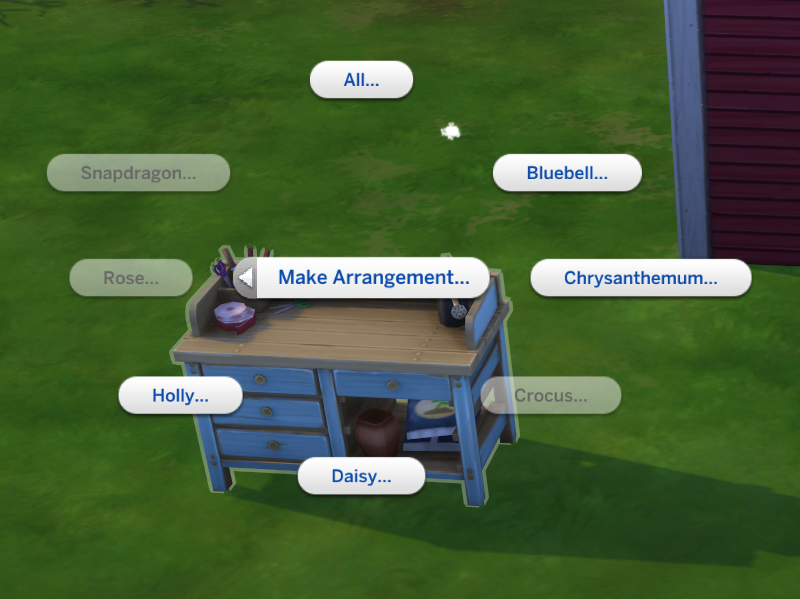 The Make Arrangement option should automatically take the player into this list menu: 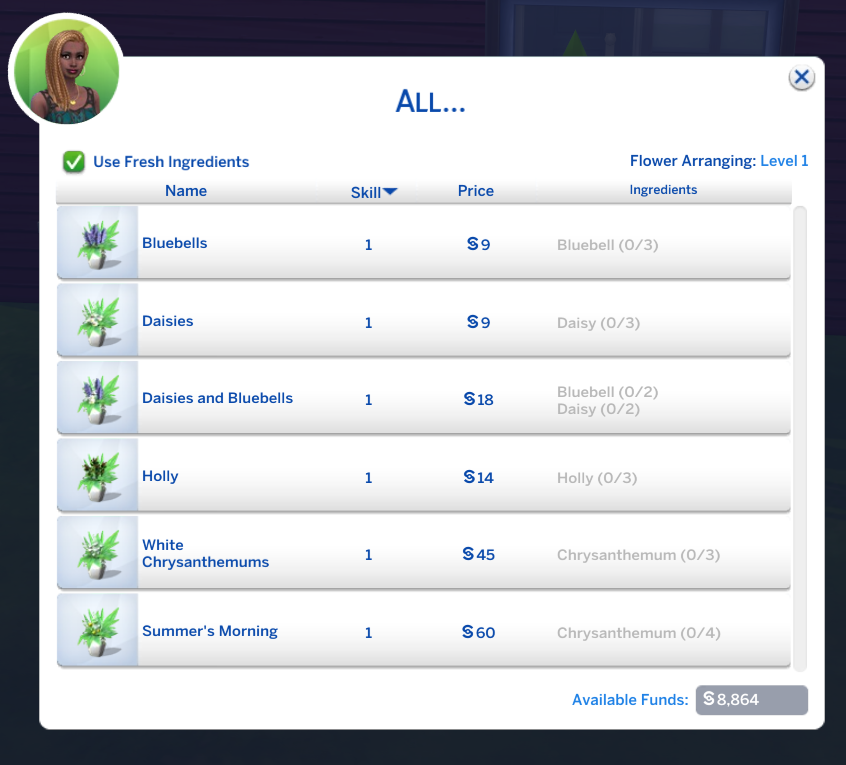 Also, when changing the vase of the flower, it should use a list menu to list out all the options instead of 3 layers of pie menus.  This will allow the player to see the different styles of each vase before selecting the style they want.  That way the player does not have to remember the specific name of the style they want to use for each vase. 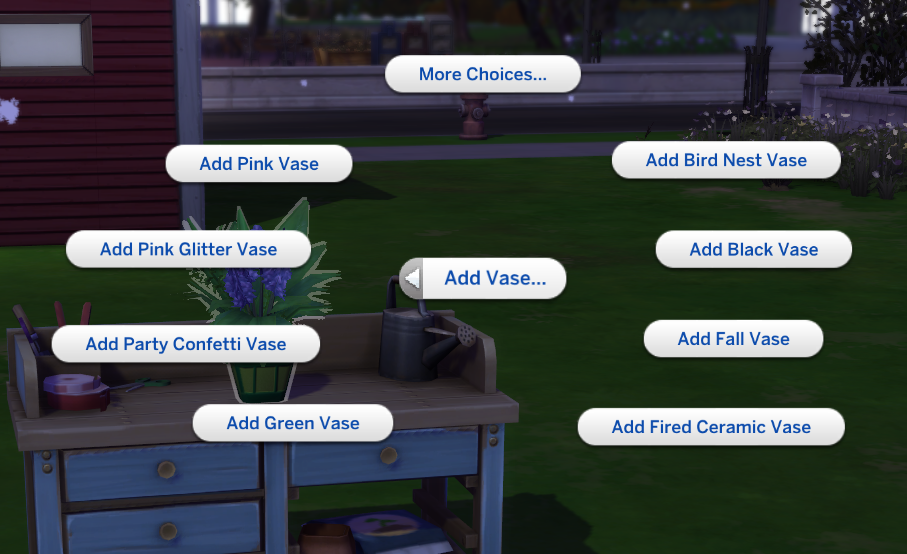 In order to craft, the player has to go through 2 different pie menus to get to a list menu.

The list menu only shows one item that can be crafted at a time.  It also doesn't show the skill level. 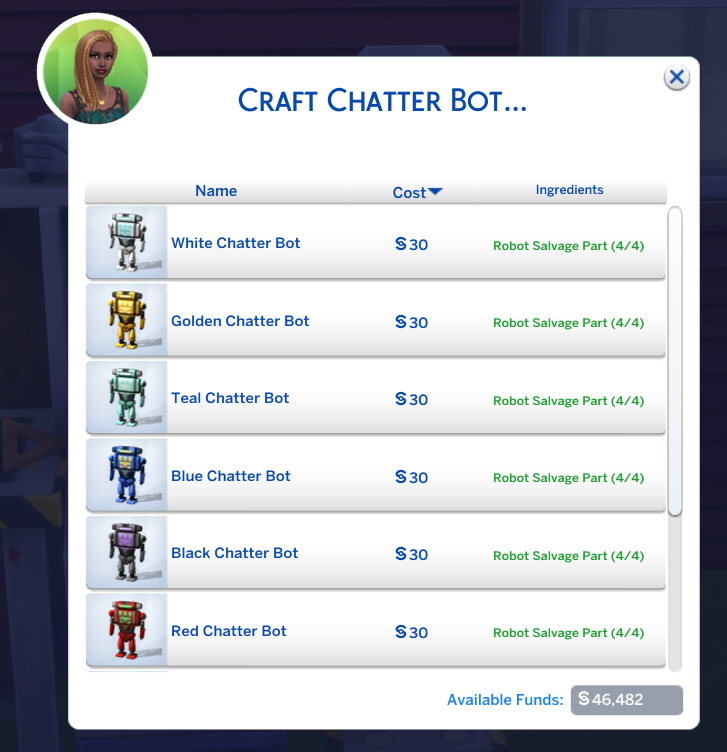 The perfect menu for the Dr. F's Official Robotics Craft Station would be the list menu used for the fabricator from Eco Lifestyle.  This menu lists everything that can be crafted and the color options for each object that can be crafted.   See it below: 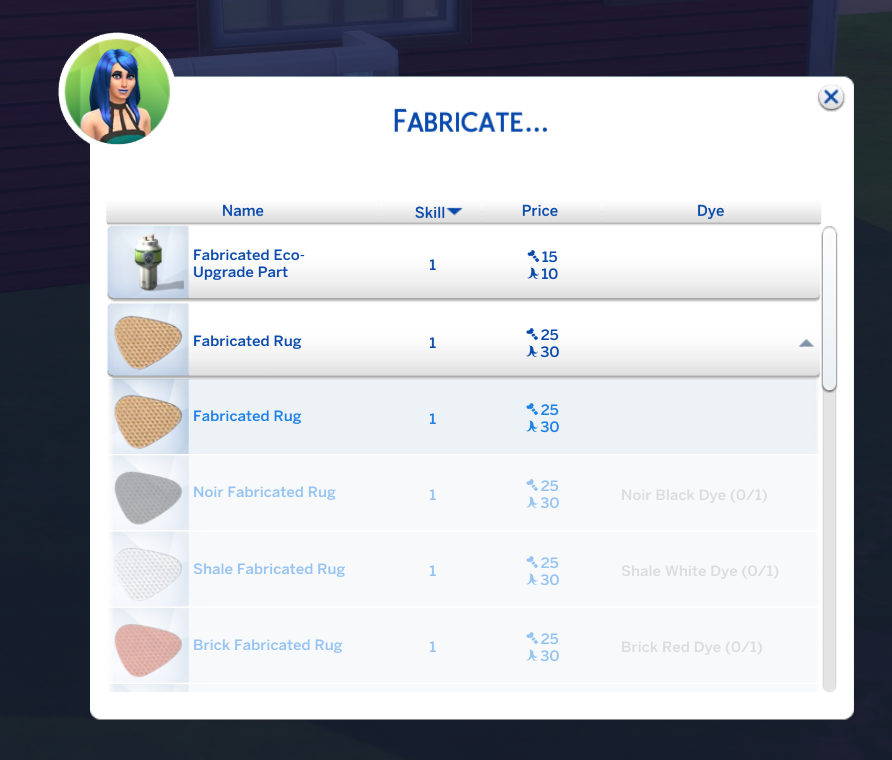 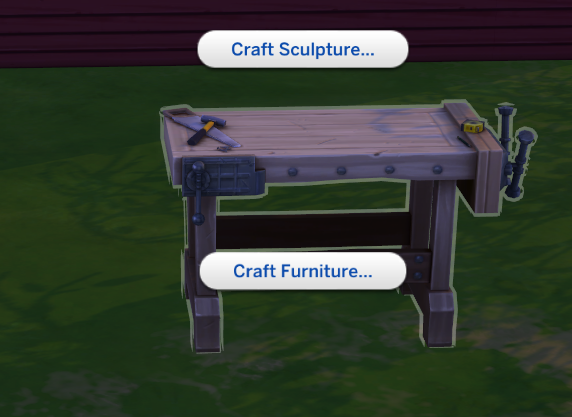 The menu should be a single list menu that shows the player everything they can craft, the level, and the price. 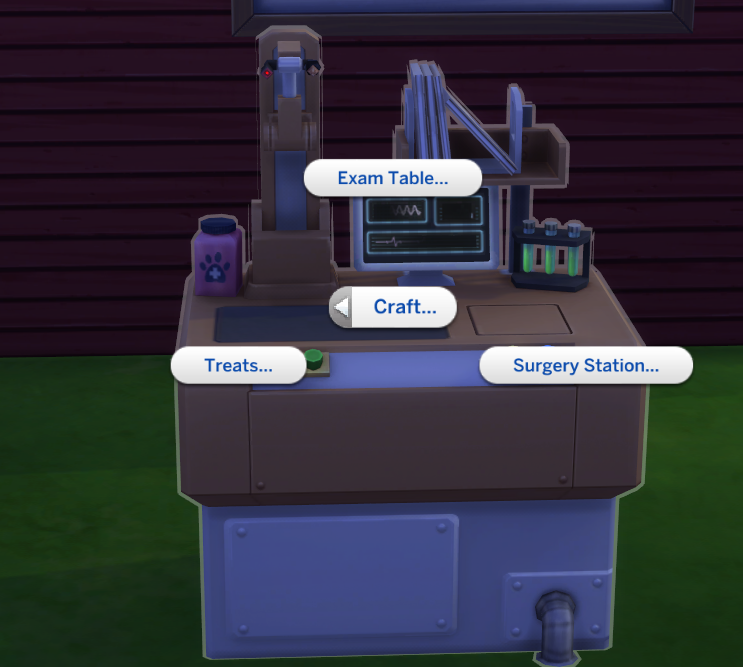 The filter changes on photographs should also have a list menu. 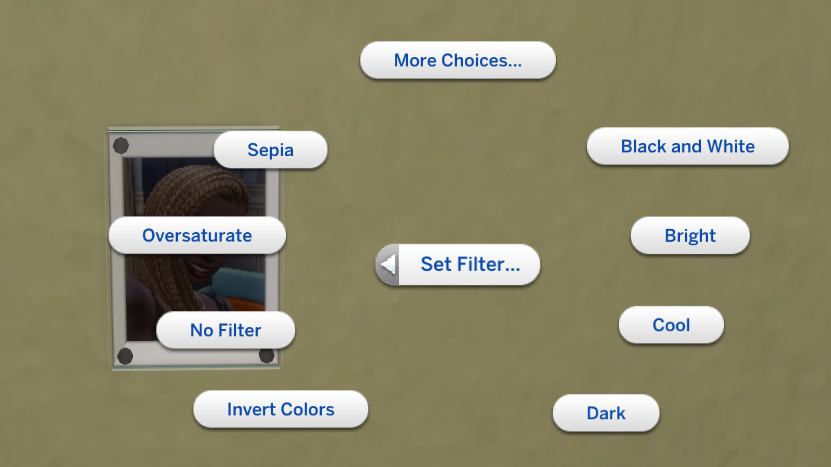 The list menus for stove and refrigerators are similar so I decided to discuss them in one section.  Refrigerators and stoves one of the worst offenders by creating multiple menus.  One the stove it would be better to remove the menus for serve breakfast, cook a grand meal, and have breakfast These three options should just be under a menu that says Cook Homestyle Dish.  It doesn't make sense to break everything out when it uses the same skill. 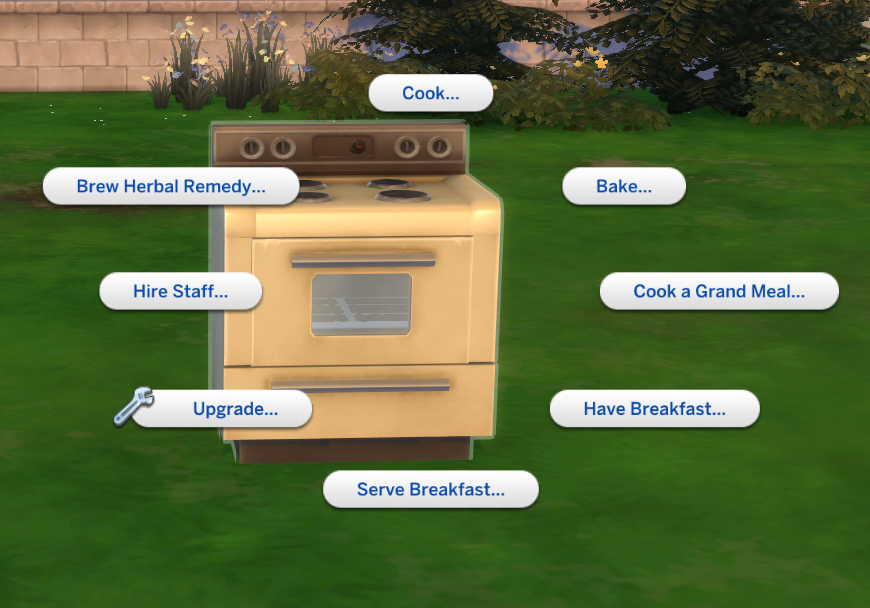 The same idea as for stoves for refrigerators.  Also, I would add to the Cook Homestyle Meal option Make Sack Lunch, Have a Quick Meal, and Have a Microwaved Meal.  It creates the same amount of clicks going into the option but the player doesn't have to make additional clicks if they change their mind about the option they picked. 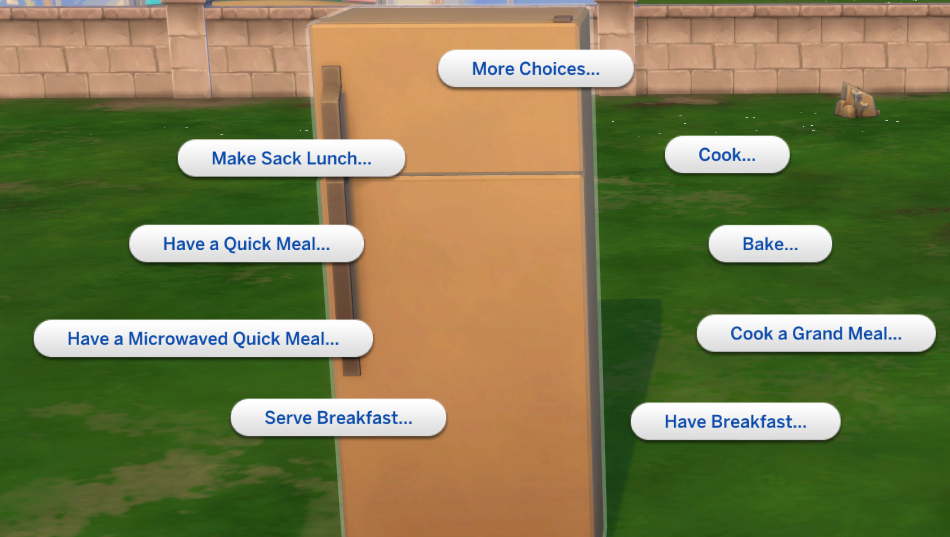 A menu similar to the menu used for cooking would be best for easels and the sketchpad.  The Sim would just click on the option to paint or sketch and a list of painting types would be available.  They would then choose from the list rather than having to navigate through the pie menu.