Here's the butler outfit from the pack. btw, the statuette can be placed on top of the pillar, it's a finial exactly as the pineapple one. 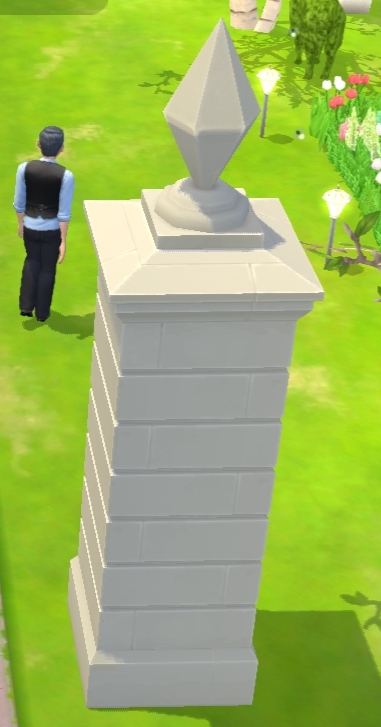 Some more screenshots what i have built so far...☺

It was @Ilois4 who mentioned it. I have asked if there have been changes in the number of daily ads. The answer is that they haven’t changed anything regarding ads, but the number of ads may vary according to your country and download speed.

I am totally jealous you got the butler suit. I got the bathtub.😔

I will keep playing. So far just a bunch of colors. Whew.

You work so hard only to open a color. Yeah.

But I really want the clock and the butler suit so let me go "spin the wheel" some more.

@DBrick01Keep on moving with baking you will get it then.
The event just startet.
And play a bit carefully the winning rate dropped a bit.
I am sure it dropped.

This is my second golden ticket and they made it harder this time.
Still worth to buy the golden ticket but for the most people who do not buy it i am guessing it will be harder now during this event.

Not happy about this....

And i really think if this is true they are doing it to get more golden tickets sold.

Adding pictures from the grandfather's clock.

That you can see how it looks in your house. It takes not much room and is very tall.

Need to resize my room  that it is not directly infront of the window...but this is only to show you.😊

I really love the clock.


Well let's play and have fun 🙂

I got butler suit. Yeah😄

The clock is made for a mansion.

Still going to keep playing for it and put it in the hallway. 😁

Here is my Sim in her butler suit. 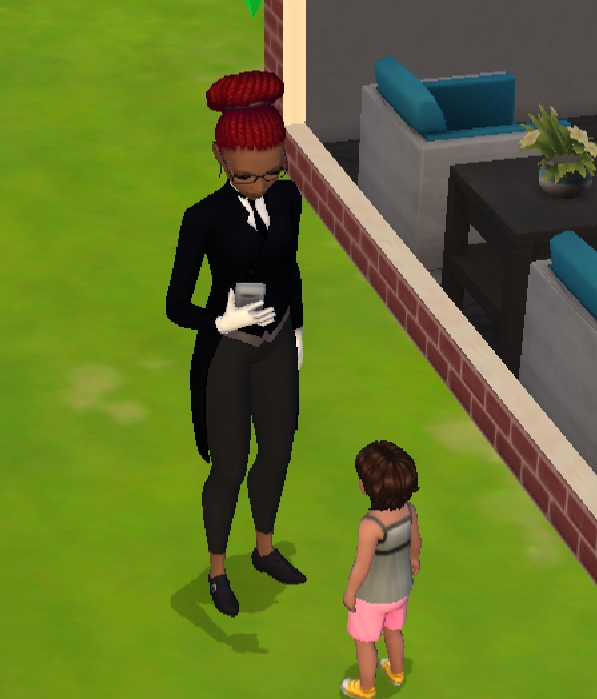 The only prizes I’d be interested in are the Grand Prizes,  but I won’t be playing aggressively, as I’m traveling for a few days.

4) I think these prizes are setting us up to eventually        purchase the Landgrabb Mansion. which unfortunately is exorbitant to start out with & I assume the same goes for any land expansions etc.

IF  devs.  let the Mansion become BOTH the Party House AND the Main Residence,  then

I would strongly consider it.

After I bought a second lot & built a smaller house for my NPC’s I didn’t really think about how much it would cost ( simoleans  + llama tokens)  just to expand land & add a couple rooms.
Fortunately I had so much extra furniture in storage, that saved a ton of money not having to furnish it.

So, that’s where I’m at regarding this particular  STS/Mansion Event.

I can’t devote the time to play right now & sure as heck won’t spend money for a Golden Ticket knowing I might end up wasting it.

But GOOD LUCK to all who are doing this event!
Hope you all get everything you want!
😘 ~ kat