Red Star needs to come to some sort of an agreement with the club. Simply having the EUFA Champions or EUROPA League licenses does not grant EA automatic licensing of all teams within. That is simply to use the theme, the stadiums, and the cup in-game.

It is up to Red Star to come to an agreement with EA.

More likely than not, this is due because the lending party has no real interest in such things; as being in FIFA.

I will mark this thread as solved now because it is past due and there is no information given at this point of time to indicate whether or not Red Star will be in FIFA 21.

Hey @Oziris92 as soon as we have any info that we can share in relation to FIFA 20 we will. 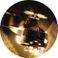 Hey @Oziris92 as soon as we have any info that we can share in relation to FIFA 20 we will.

Come on @EA_Darko, make us proud and happy

I want to preorder the game, but not without Red Star in it.

Last year it was the only team excluded from LICENSED UCL, which is really disgraceful.

We are expecting positive answers this time around.

Any news on Red Star Belgrade in fifa 20, today we officialy went through to the group stage of the ucl,  second year in a row, i mean if we don't deserve to be in fifa 20 but the Romanian league does then i don't know...... 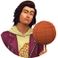 To achieve full UCL expierence in Fifa 20 all teams in this year UCL must be in fifa 20 .

That will bring full authentic expierence.

Come on people,give us some news! If you are really going to have the romanian,saudi,chinese and 4th english league but not have a champions league winner,thats *.

Unfortunately, not only they don't care reaching out to fans, but they don't even care that last year's UCL was changed by them, because they didn't add the Red Star.

I am afraid, the same thing will be this year.

And once again, I'm saying the same, if they don't add Red Star to the game, they won't see the cent of mine.

I'm sick of this ignorance.

There are ton's of ridiculous leagues, that no one is watching, maybe not even people from those countries, but it's cheap so they add it.

How many players, elite players are playing and are being transfered from Serbian clubs to Premier League, to Serie A in Italy, to Spanish Primera..Deutsch Bundes Liga...the most elite leagues in Europe..

And they don't add our league or clubs..

No FCRS = not a single cent of mine.

Does the Serbian club Crvena Zvezda ( Red Star Belgrade ) going to be in FIFA 20?? They qualified 2nd time in a row since EA got Champions League but they were the only team not to feature in the game

Do you have any information on Red Star Belgrade being in the game now??