This is just some of the things I've noticed with the EA Desktop Application (Desktop).

GPU: AMD Radeon HD 7730M (2GB) (unusable due to drivers not installing at all, not affected by Desktop installation).

Build email was received at 3:04am. Downloaded current build at approximately 9am AEST.

Games Available for testing, but not downloaded: Crysis, Crysis 2 and Apex Legends.

My experience and feedback so far.

I personally think this was really necessary to have a full overhaul of the Origin/Desktop app. Keep up the good work, guys/gals!

I am missing the BF: Bad Company 2 DLC, the Vietnam Expansion pack on EA Desktop, yet own it on Origin.

When I click on it, it says Buy DLC. This is very odd as I own it on Origin, yet apparently do not on EA Desktop. This can play issues in double-charging users, and extra Support tickets generated for Missing content 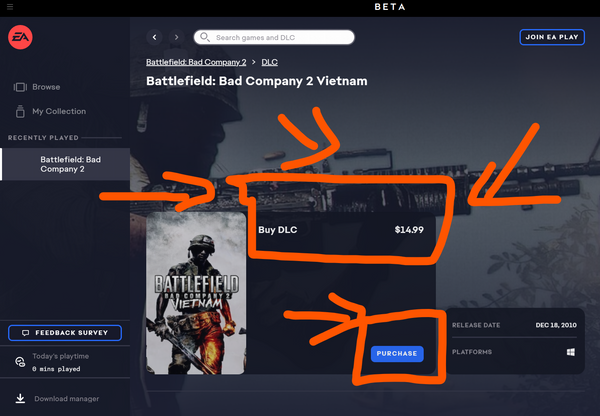 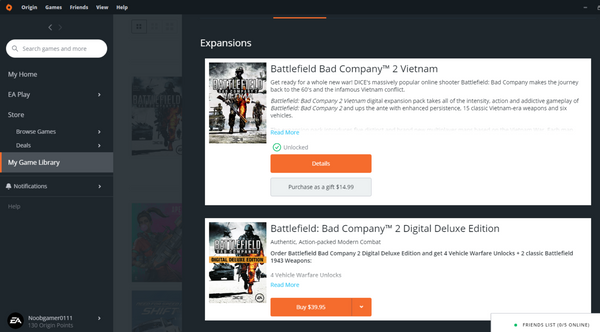 Nice feedback, but i don't get it, why is no one mentioning the fact you cant have multiple drives for game installs?  In the age of SSD's surly i'm not the only one who has my origin spread over 4 different drives.  But EA Destop does not let you do this, so at the moment I could not even us the app if i wanted to, cause 80% of my games are installed on other drives.

Agreed, that's odd. The only separate drive I have is my 8GB mSATA SSD on my laptop, which I can access in File Explorer, yet no mention of choosing your installation of your software. 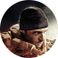 I wonder what the technical reason is for some DLC not showing up in the new client? e.g. I cannot get access to Mass Effect 2 or 3 DLC via EA Desktop (Beta) so I've had to uninstall it and go back to using Origin. 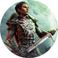 @Noobgamer0111 Thanks for the detailed feedback, will be sharing this with the team!

To check for the refresh on your Game time, is there any other game you have had a chance to play to see if this happens, or was it just once you had to do this?

For anyone who had questions about double DLC's/needing to repurchase, to make sure please don't since we are still in a Beta many of the things that are 'hooked up' in Origin to show everything you own is not fully present in EA Desktop (but we are working to get them).

For the feedback about using multiple drives, this is something that has been widely requested if news is published about any changes like this one or any other requested ones I will be sure to post in the feedback board for everyone to check out!

＊Accept as Solution button- If a post answers your question please let us and other players know by hitting this button.
＊Me Too button - 'Me Too' helps us track how many players are also experiencing that issue. Definitely make use of this button.
＊XP button - Say Kudos and help players 'Level Up' by giving them XP for helpful posts.
Message 7 of 8 (493 Views)
Reply
1

I only did it with BFBC2 since that was the only game that I knew would run albeit at like 40FPS. It was a once-off.