Yes to all of that. I forgot to add weapon color customization. So far, they all look like current year used weapons.

The thing I'd like to see most is separate the saving and setting of visual customization from build loadouts.

Add a menu or UI element on the Appearance tab that lets you save a much larger number of visual settings and rapidly swap between them regardless of what build/loadout is selected. Possibly even add an option you can toggle on somewhere that says use random appearance so that when you go out to a mission, it randomly selects one of your saved appearances each time.

If you really want people to engage with and use the customization more (and make them care more about cosmetics in general), expanding on their freedom to actually use them all and swap them around more would go a long way I think.

A second thing is that you really need to expand customization from just javelins to weapons as well. In Warframe, I frequently change my weapons appearance to match my warframe. They even have a button that says something like "use warframe colors" so you can easily make your weapon match your warframe's color scheme.

Another huge thing in Warframe is that it lets you customize your "energy color," which actually changes the way your abilities look. Allowing people to have at least some control over the color or appearance of things like elemental attacks would be nice. You could also take a note from Path of Exile and actually add complete re-skins of abilities and make those available for coin to add to the types of cosmetics you can sell/have people farm for. In some cases you could even have a special drop of one from a boss or something with a similar ability. 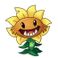 The one and only thing I would ask, is that colors are not so lumped together. What I mean is, I want to make my face a specific color, without it also making my arms, legs and chest the same color. There are customization ideas in my head that would see me do something like a red chest, blue legs, using the available cloth patters to work in my favor for design specifics. We need the option to really choose our colors; arms, legs, face, head, feet, hands, chest.

The cosmetic customization UI feels kinda clunky and still sometimes takea a couple tries before the game seems to update the setting to what I selected.

Ability to adjust lighting, from “daylight” to “moonlight” to having a light source behind the javelin to see the highlights on the armor. Ability to keep the light sources fixed relative to the camera rather than the javelin.

Keep what’s available in the store for longer. Maybe add new items every three days, but keep them up for a week or so. Especially if there could be 10GB patches that could prevent me from logging into the game the one day out of three that I can. (Companion app would help with that somewhat).

Like mentioned earlier, sometimes you end up with hard and flexible parts of the suit tied to the same customization option, which is frustrating because then you either end up with metallic belts or leather hip disks or some meh middle ground between the two (rubber or “plastic” or whatever).

Being able to see the javelin move around on demand would be helpful to check if you have any of those surfaces that you tried to make metallic but they’re actually flexible.

Being able to color individual set pieces would be really nice.

Being able to select arms/legs from different sets would be nice.

Being able to color your abilities would be weird because I kinda rely on their look for seeing what’s going on. Red lightning, blue fire, and green ice would be confusing. If you add that, add the ability for me to turn that off on my client.

Not sure whether it makes sense to adjust the light and engine colors on the suits themselves, lore-wise, but again, an option to ignore others’ customizations could do wonders in that regard. In fact, I’ve seen some people want to turn off seeing the customizations of other javelins altogether (something about some of them being too colorful). I don’t agree, but it’s an opinion I’ve seen.

Being able to put more than one vinyl on the suit would be nice, if technically possible. Like, being able to add decals on top of graphics.

Go forth and make this happen! I believe in you Bioware!

Not sure if it falls under “visual customization,” but assuming it does – I would like to have access to more emotes at a time; at least six (“greeting,” “approval,” “disapproval,” “point,” “beckon,” “flare/miscellaneous”). Ideally, I’d want to be able to use any emotes I have at any time.

Otherwise, a lot of them are never going to be used, because while they are really expressive, many are also extremely situational and awkward to use. All the “look back over your shoulder” ones, for example – they’re great if you have them when you need them, but you also need to be facing away from the target at just the right angle for them to “work.”

And really, you can only pick one “discretional” emote at a time, because you’ll always want Flare and you’ll always want some sort of greeting. Them being tied to loadouts is also not ideal, because if I ever forget which emote I have “loaded” and use the wrong one, it could create somewhat of an awkward situation.

While on the topic of emotes – a lot of the victory animations would be nice to be able to equip as regular “in the field” emotes as well. Same goes for a lot of the landing animations (the parts that come after the actual landing – Ranger’s salute, Interceptor’s stretch/warmup, etc.) Landing animations in particular are kinda in a weird place, because if you only ever see them when the mission starts, that means I can’t ever be sure anyone will ever see them at all, making the whole thing kinda pointless.

I also would like to add though, as much as I keep talking about all the things that can be improved, I love the customization options that are available already. It’s pretty amazing to zoom in on the javelins and see all the detail. They look totally real, and if you spend some time in the customization screen, you can also make them look totally badass as well.

And yes, thanks for not making us buy individual colors! That gets old really fast.

Things you dislike
cost for purchased items... seems too grindy for a single item that may not be available when the player could afford it

What can we improve?
"True" black doesn't seem to exist yet
Proper base colors are hard to pin down on the slider, then look different When actually placed on the material

What you'd like to see added?
Adjust the slider to show what the color will look like on the material
More models... I'm sure those are already coming though.
Ability to customize the weaponry / gear separately.
Message 20 of 161 (2,008 Views)
Reply
1
New topic
Twitter Stream