The fix for this is currently being tested but a date of availability for the fix is not yet set. We will continue to provide info as and when we can. 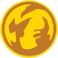 Continue? There's so little communication it's infuriating please DO NOT continue that
Message 282 of 1,413 (488 Views)
Reply
1
Highlighted

My accoplishments were 71% of CAM progression, i had played 173 matches in Pro Clubs and its all been reset. I had put days into getting my VP to 89 and now im an 83

I'm glad we have to go through extra steps to save our progress not like before when we used to go to the shop and buy the game put the game in and then just play and have fun. E.a is so thoughtful to give us extra gameplay.
Message 284 of 1,413 (467 Views)
Reply
1
Highlighted

Why don't you find a solution. You're the community manager you should be pushing this to the top. This is a real issue effecting real fans and its tarnishing any belief I have about Fifa they obviously don't care once our money is distributed into their bank accounts and its disgusting. Why should we buy a full price game when we get a half finished product if this was ultimate team it would have been resolved by now and everyone would have had been given some sort of feedback and a refund of there packs. E.A obviously don't care (I know right big news) we shouldn't be trying to fix their broken game. It's disgraceful. Please don't post copy and pasted spam again please and reply properly to our comments don't just brush them off because that's what you're told to do. We are customers and this is awful customer service.
Message 285 of 1,413 (435 Views)
Reply
6
Highlighted

Very well put. I have been a FIFA customer since the release of 09 and this is how they treat us.

SOME PLAYERS?? This is some kind of sick joke right?? It's going to happen to all players eventually. It's obviously an issue. The games riddled. We've warned you less than a week out of release ( A WEEK)(You had over a year to make this game and all you focus on is FUT DRAFT (which you have to pay to play) and Ultimate Team) Watch this become real problem for you guys when it hits YouTube channels that have huge subscribers and then twitch, Ign, gamespot, videogamer, Xbox live, psn channels. The lot.

My Pro Acconplishments reset for the THIRD time, please, this is too annoying. I was 87 already and now I have to do all over again.

Went from 88 cam to 83 cam and now slipping down the leader boards hard work and time wasted for the player to be reset dont even know if i wanna play it 115 matches for nothing.
Message 290 of 1,413 (365 Views)
Reply
0
New topic
Twitter Stream