[Origin] Unable To Connect From Iran 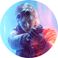 Thanks, I can hardly believe you read my comment, seems to me you only gave a small look and decided to comment over. Reason being I did mention I am myself from Iran, and my country is IP banned:
"PS: I'm 100% sure you won't be saying any of these when your country gets an IP ban, I'm sure you'll be one of the first to post how you feel and how u want a refund and etc"

Please read the following first, then reply if you must:

Everyone in Iran knows about the sanctions, therefore they should expect limitations alike, a decent person will understand that it is necessary to check if their country is able to receive services from a company. In an example, the Epic Games you mentioned, points out that countries including Iran, are unable to be provided with services due to current US laws. So if you are from Iran, Epic Games won't let you access their website unless you use a VPN or something similar. Even if you are not told blatantly on the homepage about Iran being blocked by EA, as an Iranian citizen you should already know about the sanctions, as every Iranian does.

If you have paid for your game before the sanctions, it is logical to get a refund as you can no longer play from Iran, unless this is said otherwise in Terms of Services. If you paid for the game during the sanctions, first, how did you even do that with an Iranian credit card? second, what else did you expect? to magically be excluded from the sanctions?

About the other companies:
I, nor do you, know why steam allows and EA doesn't (do you?) however, if you have played BattleField 1942, then you know there were no issues playing it from Iran since Battlefield 1942 came out before/early days of the Iran sanctions. EA was not told to sanction Iran, so they didn't. now they are told to sanction Iran, and they did. I don't understand how it makes them evil or something? Again, they are told by their country, which they are obliged to obey the rules of; that does not make them Iran haters in this case. Steam or other companies that offer services to Iranians, are not EA, Steam can and likes to offer services to Iran, EA cannot and/or does not like to offer services to Iranians, it's their business and you have no right to force them in this regard.

As you notice I did read your comment carefully, I expect you do to the same before you go off like "All your points (every single one of them?) are sadly invalid since there are MANY other companies in the USA that still provide services worldwide"

From the fear of possible misunderstandings, I, again, try my best to put it out as simple as I can:

1. Bought the game before Iran was banned? you deserve to have a refund unless said otherwise by the TOS
2. Bought the game after Iran was banned? It is completely your fault, everyone knows Iran is sanctioned and so did you, EA blocking Iran is an example of sanction, "when lotta people figured it out them selfs." No, lots of people found out Iran got banned from certain games, and logically they thought "oh right, sanctions" it wasn't some unexpected disaster that no one expected, use common sense.

3. "Why steam lets Iranians play?" I don't know, do you? and don't tell me "because they are nice people they like Iranians", show me valid proof that why Steam lets Iranians play, I like to know myself as well. I am 100% sure EA knows how, and pretty sure they can provide services to Iranians if they want to, but they don't want to. It is their company, their services, their game, their everything, and they do not give them to Iranians for any, any, and again, any, reason, because it is theirs and they can do whatever they wish as long as it does not cause harm.

Thank you for reading (I doubt) 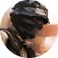 Even though I own many games on EA client, I've unistalled it and feel great. Let's face it guys EA is racist towards Iranian PEOPLE (not the government) and they don't want us to play their games or be on their servers.