How to write Email for EA support?

How to write Email for EA support?

I've tried to get in contact with EA support (Game Advisor or whatever) for 11 days now, waiting hours without anyone responding to the Chat (wait time less than 5 minutes my a**) and then it just closes down after a while saying it was timed out...

So how do I write EA an Email? Because this is simply unacceptable!

It says right here https://help.ea.com/en-gb/help/faq/contact-ea-help/ that I can write an Email but after having made 20 tickets with different kind of settings (e.g. technical, account, bf1, changing counties, etc.) and I still have yet to get the option to Email them...

I thought Steam support was bad, but this is the hands down worst support I've ever had (besides that one time where the tax office tried to f*** me over)!

I am sorry to hear that you haven't been able to find the option to send us an email. Could you let me know what the exact issue is that you are experiencing? It would help me better point you in the right direction of getting through to us.

In the meantime, on the UK version of EA Help you can select your topic as Missing Content and you should be able to send an email.

Let me know if you have any further questions.

It's the second day EA servers have problems and finally I've lost my fifa squad battles points. It was the match against active squad, I've won it, then I saw error message (something like "troubles with ea servers"). I had 9049 points before this match, and after it I still have the same number of points. No points, no opportunity to replay this match. Even if I've had lost this match, I must have minimum + 1400 points. I cant find the correct entry point to send an email or send this information to exactly wright place, so I write here. It's very easy to check and fix my trouble as you have access to database. If you can't check if I've won that match, you can just add minimum (1400) points, or give me the possibility to replay this match.
Message 3 of 7 (6,203 Views)
0

Unfortunately, your help page is awful. I have searching for a way to write for about 40 minutes.

I have a lot of issue lately with the game, since I unsubscribed from origin.

I spawn dead or unable to move

I often die suddenly in the game, without any player killing me

I often die with heroes on one or 2 shots...

Very often it takes a lot to kill other player, but I very often die in one shot...

The conditions on which this happens are the next one:

I am not a noob, I have been playing this game since the beginning and never behaved like this.

Never I have died on one shot, from a considerable distance and killed by a heavy gun or other weapons that have no distance

proficiency. The game is behaving horrible and I am not the only one having this issues.

Either your game is full with cheaters, either unsubscribing brings this issue with it.

It would be very sad is the latter is true.

Any advice? And do not tell me to reinstall the game! 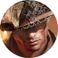 @fiskefyren Ea games are robbing * and have no respect for the people that are spending alot of money on games and other packages shocking company
Message 6 of 7 (4,212 Views)
2

I'm locking this thread as it is quite old.

If you are having an issue that you require assistance with then please create a new thread with as much information as possible.