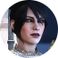 So my male character did the ritual with Morrigan and I survived the blight I killed the archdemon.

I made Alistair and Anora marry but when I go edit the fact my warden lived it’s saying I have to have Anora rule to live.

It’s also not letting me edit the fact that Alistair became king when I try it says my character has to die in the blight.

I can’t make it say I delivered the killing blow to the archdemon either it wants me to say my character died if I did.

What is going on??? Someone help me with this.

I had the same thing couple of years ago so I dont remember much.

I cleaned all choices so they would not conflict with each other and then set them in right order.