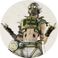 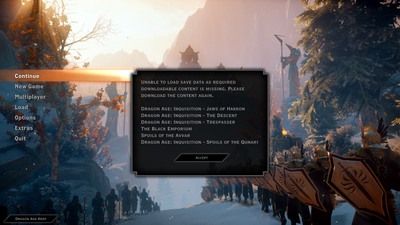 It has been three weeks since people started reporting DLC authentication issues in DA-I with no apparent progress on resolving this issue. I have personally contacted EA three times now over this and re-downloaded the 35+gb of game data at least five times. Can I have an assurance by EA representatives that this issue is being taken seriously?

I am absolutely disgusted by the tech support I have received - where staff seem genuinely clueless about basic facts such as what is contained within a "Game of The Year" edition. Seriously, I had one support guy assert, as serious as a heart attack, that I needed to subscribe to EA Play to access the content which I have purchased! Meanwhile, I keep being told that staffers have mysteriously "changed some files" and I need to re-download the game yet again. After spending three hours downloading the content - (surprise!) It still doesn't work. Support staff never check past correspondence - leading me to explain ad nauseum how, "no, the connection to the server is not being blocked by antivirus or firewalls - because I can still play multiplayer!". To add insult to injury, for whatever internal reason, EA's support chat is rarely available - forcing me to choose between 72 hour emails and a premium telephone number. I'm serious, get this stuff sorted. You're a $22.9 billion company, for goodness sake.