Bio: Tinker is a master inventor. Since he was young he was always taking things apart just to know how they worked. Eventually he got into the art of making explosives, becoming so good he was hired to provide all the explosives for the Apex Games. Now Tinker has joined the games to see his creations in action.

Being the provider of the explosives for the games Tinker was prepared and brought along a special suit of armor to protect him against his own deadly creations.

Tactical - Disarm: Tinker shoots out a disarming wave (similar to Blood Hounds scan) that disables all grenades in a 15 m radius. Disarmed grenades cannot be picked up and disappear after a short time. 30 sec cool-down. (DOES NOT WORK AGAINST ORDINANCES)

Again being prepared Tinker Invented something to turn his own creations into mere duds.

Ultimate - Big Boom: Tinker curls up into a ball becoming unable to move or shoot, and beings an 8 second timer. For each second that passes the explosion that follows deals + 20 damage. (EX 1 sec = 20 dmg, 2 sec = 40 dmg, 3 sec = 60 dmg etc...) Tinker may denote the explosion at anytime to damage enemies in a 12 m radius. 3 min cooldown

Tinker has a special surprise for anyone who gets too close for comfort.

Note: Tinkers disarm does not work against other tinkers ult's, and cannot be used to disarm Banglore's missiles

Literally made this guy while taking a shower lol. But I think he would be a good combo with Banglore's smoke, or Caustic's gas. You could even have a Wraith bait a team into a portal for an un-welcomed surprise.

Let me know what you guys think!

I made a Legend that does that called “Joker”.

Here is a post I found on reddit that takes a Legend from Overwatch and Incorporates them into Apex. I think I might start doing the same thing with my created Legends 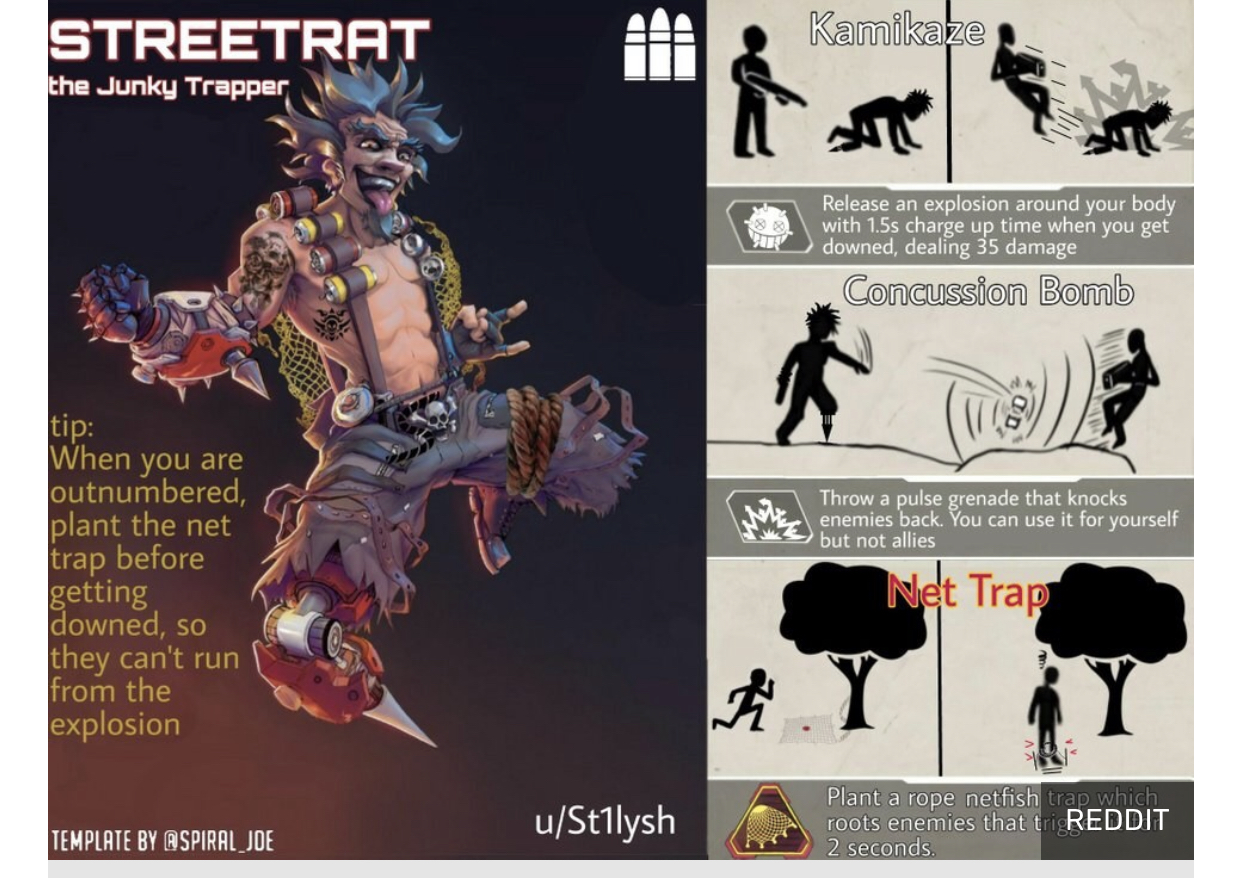 Love your way of telling your character’s bio
I may even implement in my concepts as well.
Message 2 of 11 (346 Views)
Reply
1

Thank you! I just try to give a reason as to why they have certain ability's.

Nice Legend but I think Disarm should work differently. Maybe all throwables are disarmed for 5 seconds, you can still pick up grenades and other throwables.

The ultimate is a good idea too but I think it would be a bit cringy curly up into a ball. Maybe you can still move but at a slower pace, you glow orangey red, you make a loud noise and you can’t shoot or throw grenades.

I was debating making him move during the ult but though it could be too op, as you could start it, wait a few secs, and walk into a building for massive damage.

I do also like the idea of being able to pick the grenades back up as Tinker is the creator of the grenades and should be able to arm them again, I just thought it would be op and annoying to throw a grenade at someone just to have them throw it back at you.

Thank you for you feedback! Do you think i should reduce the damage of the ult?

I see why you would think that, that is why I suggested he glows and makes a loud noise. Easy for enemies to hear and see him.

And I think the damage for the ultimate is fine the way it is.

I see what your saying now. I do like the idea of him making noise for his ult it is what i envisioned but I didn't add it to the post. But I agree if he had reduced movement speed and some sort of noise it would totally work if he moved around for his ult. Would definitively hate to hear that noise in a building lol.

That's an interesting idea for a tactical. I think if it worked like that then i would increase the range as nobody really throws grenades when they are 15m away from you. The way I have the tactical now its meant to disarm grenades that come out out the sky or land two feet in front of you. To try to save you or your team from explosive damage.

Ah that makes more sense, I thought it disabled grenades in death boxes and containers etc. I’ve actually just created a Legend with a similar tactical then. Mine catches one grenade at a time and disarms it. I already had a baseball Legend idea, I just couldn’t think of a tactical until I was inspired by yours. 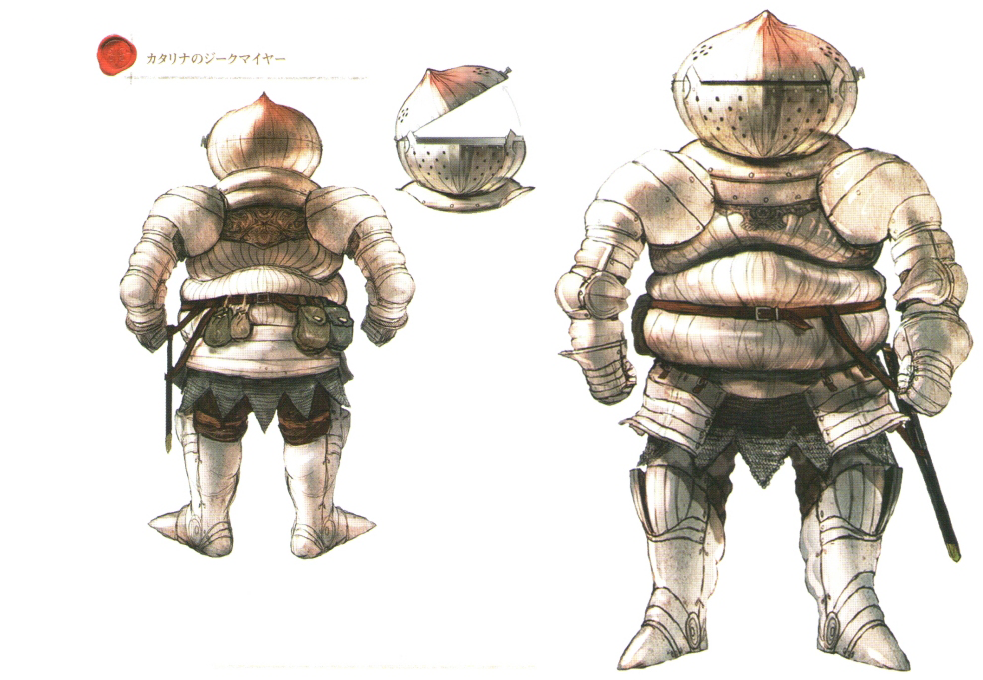 Update: I envision the Legend looking like this, except less medieval, and about as tall as Lifeline.

Nice legend concept by the way.

I have a suggestion. What if the passive should be if he got knocked he would blow up. But hey its just a suggestion.