* This Legend was inspired by the God in smite named "Odin" you can view the heroes original ability's with videos here.*

Passive - Path To Valhalla: Anytime an ally goes down gain +8% movement speed. If they are killed gain +10% movement speed. The effects last until ally is revived/respawned, or 30 sec after the effect starts.

Tactical - Raven Shout: Summon a flock of ravens that cover your whole body becoming a 25 shield. Shield last 4 seconds or until destroyed. When destroyed/expiring shield deals damage in a 10m radius = to damage absorbed. 30 sec cooldown.

( Cannot shoot while inside the shield.) (Your normal health and armor are not effected until shield is expired/destroyed.) ( Ravens do not effect Odin's vision.)

Ultimate - Ring of Spears: Odin traps all enemies in a 15m radius in a ring of spears. Allies may move freely (Entering or Exiting) between the ring. For each enemy that gets downed inside the ring Odin gains +2 permanent shield for his tactical ability, max 15 stacks or 55 total shield when you use your tactical. Last 5 seconds. 3min 15 sec cooldown.

( Cannot shoot through the ring similar to Gibaltar's shield. ) ( Wraith can go through ring with her tactical or Ultimate, and Pathfinder can grapple out.) ( Grenades can be thrown over the ring.)

Tried to balance this guy as much as I could while keeping some of his original ability's. I think him and Caustic would make a deadly duo. Let me know what you guys think! 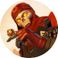 I still play smite whenever Apex frustrates me lol.

@BlackJesus423  Would the passive stack? 20% bonus when both your buddies are down is a lot. Maybe it should also have a time cap, to prevent unscrupulous players from letting their buddies die to get a solo speed buff.

Yes they would stack. And that a great idea. I originally envisioned it being a tool as escape to get to the beacons. Or a buff when your down a mate. I would put a 30 second cap on the ability to encourage players to still go after downed teammates. Thank you for your input!

If you guys have a character from another game, that you would like to see incorporated into Apex let me know!