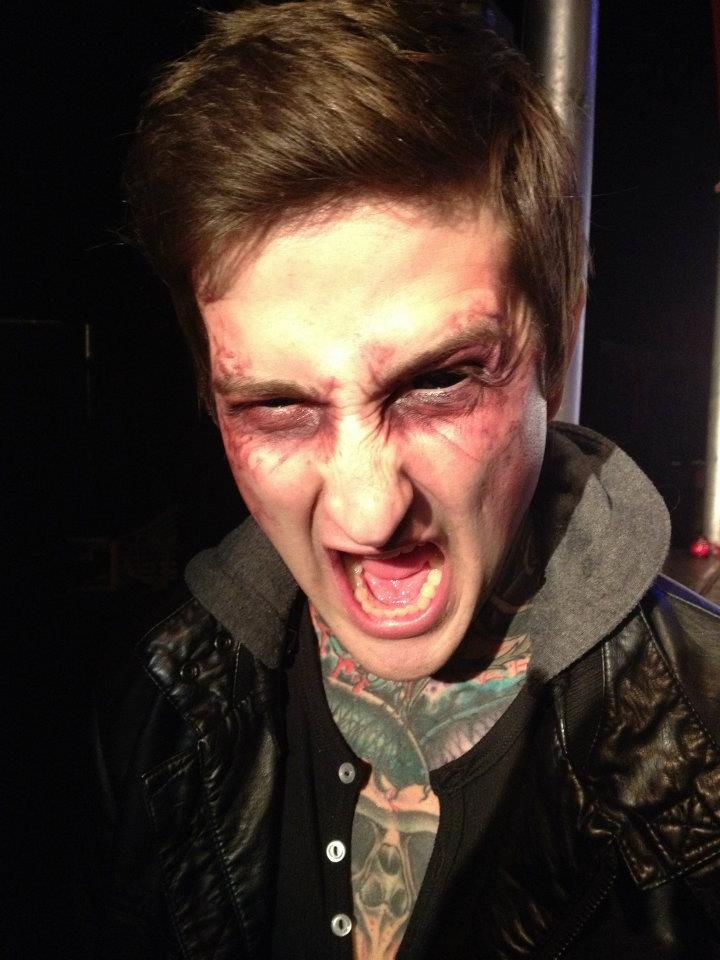 Mitch was a lead singer of a band called suicide silence

"to the heart that beats with my blood: i am your shield" "legends never die"

Mitch posted a picture that night saying "the dead are living..."

hes mind got rotten and forgot everything that happend to him

for what happened to him and how to regain hes memories

Passive: the first 2 bullets that hits the stomper would not count (he is undead)

Tactical: Mitch gives 3 stomp of medium range  which deals 50 hp per one and shake the enemys screen

can be used every 40 secconds

i mean well he was just an amaizing person to us

'i mean reality sucks. the world is a cancer, and * so bad it's scary. everything's is filthy. but you know what?

one day, its not going to be here. so be glad you know what life is. your alive. live"