First of all, sorry for the confusion about this issue being marked as solved. For sure, the post from SimGuruIcarus was not a resolution for this issue and we have removed the solved marker from this thread to make that clear.
Also, I can confirm that this is something our team is still looking into, so please don't think we forgot about you!

As it seems it is not that easy to reproduce the issue so we would like to hear more from you:

Which packs do you have installed for The Sims besides the base game?

I've posted some links to videos throughout this thread as well that show just how badly the game runs:

This is on a PS4 Pro as well, so I can't imagine how people on standard are getting by.

I play on a regular PS4. When I only had the base game, city living, and vampires my game wasn't too bad but after each new pack added the problems get worse and worse.

My game starts having issues as soon as there's 3 or more sims in the household. Delay in queued actions, quick freezes that cause all queued actions to stop or all sims to reset. They can be on small lots or the large lots, it doesn't seem to make a difference. However Brindleton Bay is very bad for fps drops and stuttering. I am playing on windenburg isle and there are a lot of fps drops and stuttering. I've played all the base game neighborhoods. Load times are so bad too, I rarely bother leaving my home lot to visit any of the other neighborhoods or do much else with my sims, which is a shame. There's so much to do but the load screens are very long and sometimes time keeps marching on while you are waiting for the load screen to start that it'll take several in game hours to get somewhere.

I just added a toddler to my household and now the queued action delays and long delays when swapping sims. Just from adding a third sim to the household. When I have more than two sims in a household, I have to pause the game whenever I swap to another sim, otherwise so much time lapses and it takes so long to swap sims that they could be on the other side of the lot before the swap completes all the while the game seems frozen while it's swapping sims.

Edit: I forgot to add that if I use lot the conival lot trait or any aura objects with the auras on it also causes bad lag and game delay. Expiring buffs also cause bad delays, the buffs will take way longer to expire because the game effectively freezes until the buff expires. Half the time I have to press the pause or menu screen to let the game play catch up.

I can't believe how massive an issue this is is and they outright refuse to comment on it.

Well, as someone who has spent hundreds on the PS4 version of the game, I'm not letting this issue die. I have been reporting this to them since January, giving them video evidence, and at one point gave them a save file. Have heard NOTHING in the way of it even attempting to be fixed.

Have given them gamesaves, videos, examples, and more. This has got to be the easiest to reproduce issue of all: the devs can just boot up their PS4 and watch the slideshow.

Been heavily experiencing this issue, with a 2 or 3 sim household it's ridiculous, and seems to be waaayyyyy worse during winter. Holding a club gathering or a party is practically a mass staring contest for 75% of the time passage. I cannot even imagine having a full household.... Recent patch claimed to have had various fixes for console lag, but I'd swear it's worse. This in addition to several very problematic glitches (unbreakables breaking, doctor surgical work emergencies fubar, restaurant patron free for all chaos, etc etc) has basically turned this into sim trailer park, because anything more than 1 sim in a box sustaining themselves is just a lag ridden choppy mess that's honestly worse than any mmorpg bank Iv been at. That's baaaad. I understand that games have issues, but seriously, 4 years in those issues should be minor and nowhere near as numerous. Definitely should not be having to deal with a sim tar pit and having huge amounts of stated gameplay all but unplayable.... It's very quickly driving me away from playing it at all, let alone ever spending another cent on it.

I’m also experiencing performance issues on PS4 as well. A common occurrence for me is after I take a photo with the sims smartphone it slow downs to a few frames a second for quite some time. Also, sometimes in build mode it becomes unplayable. It seems to come and go for me sometimes working okay, then starts to lag even on a one person lot in a tiny apartment.

@MMetallica93 As of Nov 13 2019 on console the lag is always there. City Living areas such as festivals and San Myshuno are the worst. I haven't played much else. Lately. So I dunno if it's a recent issue or its always been there.
Message 29 of 50 (758 Views)
Reply
2 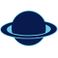 Yes!!! Same here. Its come to a point where I don’t even want to play the game anymore!!! I have all the packs so I’m really disappointed this is happening