Product: The Sims 4
Platform:Microsoft XBOX One
Which language are you playing the game in? English
How often does the bug occur? Often (50% - 99%)
What is your current game version number? 1.27.3.2300
What expansions, game packs, and stuff packs do you have installed? Discover University, Backyard Stuff, Seasons, Cats and Dogs, Spa Day, Laundry Day Stuff, Spooky Stuff, Toddler Stuff, Parenthood, Get to Work, Strangerville, Cool Kitchen Stuff, Movie Hangout Stuff, Dine Out, Get Famous, Outdoor Retreat, Vampires, City Living, Island Living, Fitness Stuff, Moschino Stuff, Tiny Living Stuff Pack
Steps: How can we find the bug ourselves? This is a random error
What happens when the bug occurs? Discussion window appears at the top of the game screen, indicating two sims are communicating with each other, when neither is in the same area. This bug requires me to shut down and restart my game
What do you expect to see? I would prefer to see communication windows appear only for those sims who are communicating - and the window to close (or not appear) for sims who are either not communicating, or even in the same area
Have you installed any customization with the game, e.g. Custom Content or Mods? On console - never used.
Did this issue appear after a specific patch or change you made to your system? No 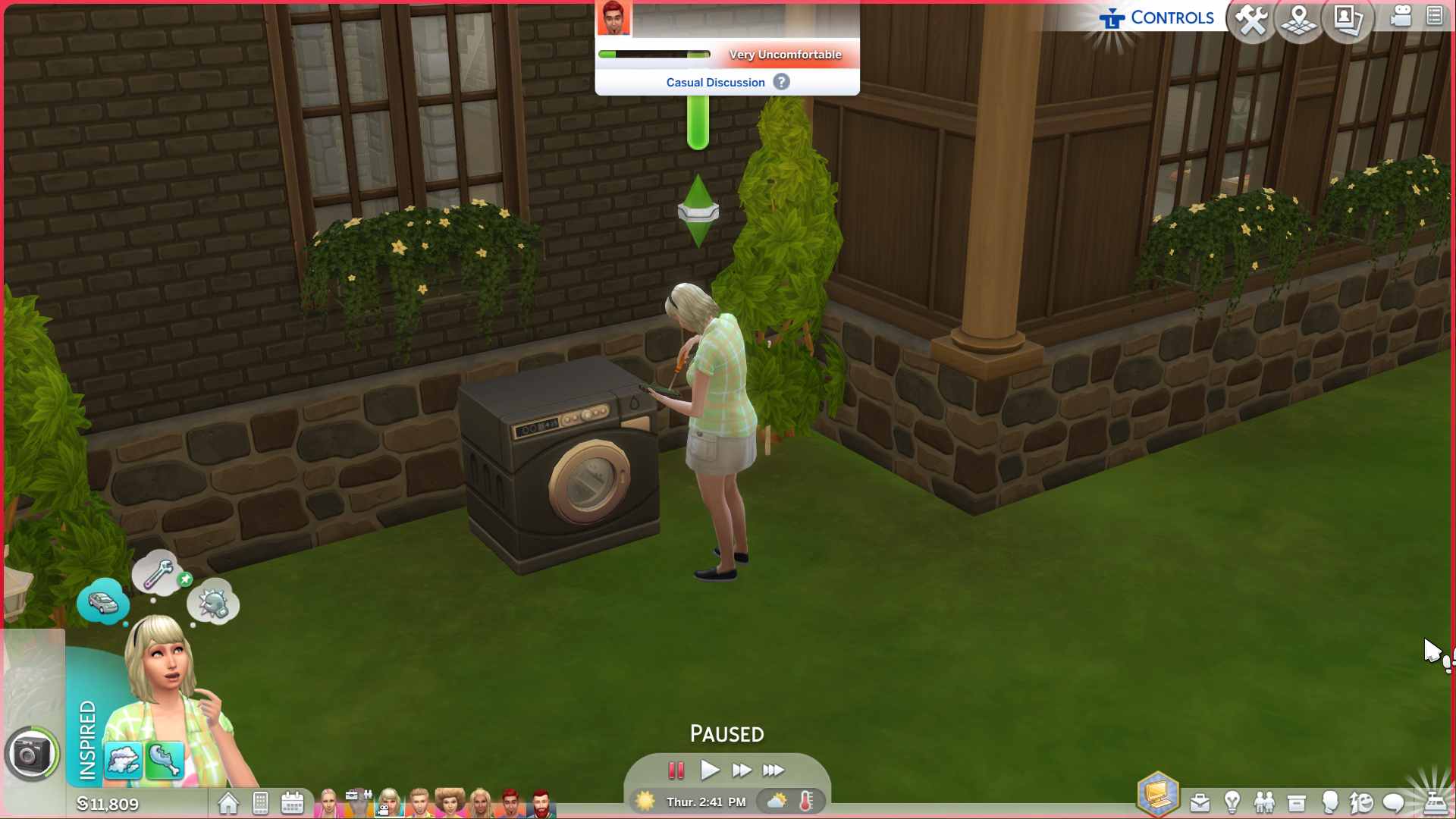