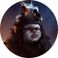 Product: Apex Legends
Platform:PC
Please specify your platform model. PC
AMD or Nvidia Model Number Geforce MX150
Enter RAM memory size in GB 8
What is your gamertag/PSN ID/EA Account name? CekCro
Please provide your squad mates' gamertag/PSN ID/EA Account name if possible.
Are you using any software with an overlay? No
Which Legend were you playing (if applicable)? Wraith
Which Legends were your squad mates using (if applicable)? Revenant and Bangalore
Where did the issue occur? In a match
Which part of the map or menu were you in? If you don't remember the exact name, please describe the area or what you were trying to do in the menu. Near the Mirage ship
What were you doing when the issue occurred? E.g. respawning a squad mate at a beacon, using an ability, a squad mate left the game. Using the jump tower
Did your squad mates also experience the issue? No
How many matches had you played in a row before the issue occurred? many
When did this happen? (dd.mm.yy hh:mm) 05.02.2020 17:45 CEST
How often does the bug occur? Rarely (0% - 9%)
How severe is your issue? Major impacts to gameplay
What happens when the bug occurs? When I landed after using the jump tower, my whole screen was shaking non stop.
What should be happening instead? It shouldn't be shaking
Steps: How can we find the bug ourselves? I don't know, this is the first time it happened to me

Screen shaking after using the jump tower.
When I landed it just shaked subtly even though I wasn't moving my mouse.
This caused me to miss all my shots and I wasn't able to loot properly.

Also a guy shot me through a door with a peacekeeper, he also opened the door even though I was blocking it later.