How is this not resolved, months after the fact? This is absolutely game breaking. So many lots (EA builds I might add) are now unusable.

Here are some stairs on my current build. The only suggested workaround which can make them "work" is to add ladders to the lot? Really?

Re: [PLEASE READ] Information/Questions about the bug forum 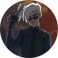 @Dumb_IguanaSo, I'm guessing you used the "Remove Floor" option which used to work just fine before the introduction of platforms?

If you control-delete one segment of wall surrounding the stairs in your builds, the game will usually replace some of the "open to below" area with the "construction grade" concrete depending on your stair configuration, and you can use the sledgehammer to delete that.

If replacing the wall the way you want causes "construction grade" concrete tiles to reappear, just sledgehammer again to get it to look right.

For some reason sledgehammering removes floors in way that "Remove Floor" doesn't anymore.

It's bizarre and doesn't make any sense...

Yeah, lots of EA builds (Narwhal Arms, anyone?) and builds on the gallery use these open staircases that the platform patch broke.

You can use bb.enablefreebuild on these lots and edit them until your Sims can go upstairs.  (You need testingcheats on, alas.)  I usually have to bludgeon them more than once because I'm not the best builder.  :D  Use the sledgehammer instead of remove floor, and also make sure that the "wall" doesn't cross the stairs.  (That's the thing, as far as I can tell; they think there's an invisible wall across the top of the stairs.)

@xochiquetzl_xkvnSometimes there are phantom walls/rooms that interfere with staircases and cause "deadzones" where Sims can't walk.

Oddly enough, usually the fix is to bring the "room" (Inspector Clouseau voice) over to the head of the stairs. That was a problem at Chez Llama as I recall.

The fencing at the head of the stairs does not block Sims so long as the sledgehammer deleted the floor.

Re: Stairs Broken After November Patch

Exactly this is super frustrating I went out to the bar in Get Out map and my sim can’t even go up the stairs to use the bathroom I built an elaborate gorgeous house and haven’t been able to play it due to this lag. Very frustrating

Re: Stairs Broken After November Patch

@velocitarrd It looks like you have multiple levels/platforms?
Message 447 of 491 (374 Views)
Reply
0

I have the exact same issue, it only works when you click the room with the void space and "build floor". However the stairs are functional but not being able to create voids/ double story rooms with stairs in them is annoying.

I have over 80 saves and in at least half of them, the stairs in houses don't work. This has been broken since the November patch and even some original lots in the game have this issue. It's really disappointing to see this still isn't being addressed.

@MB091 It can be done, but it is fiddly. Had to go back to a lot of houses in my own gallery to fix stairs.

Annoying because it seems like the good old method of creating a stairwell and removing flooring was broken when platforms were introduced. Don't know why.

Nothing against platforms, per se, if they had been sufficiently tested and debugged.

So now, if you want a two/three/four storey open to below area around stairs, it can be done, but it ain't easy. Lots of times it involves adding deleted ceilings back, changing floor plans on lower levels to get the game to recognize the areas as "inside", and some hokey-pokey with rooms/walls.
Message 450 of 491 (213 Views)
Reply
0
New topic