I'm having this issue too, I changed the trait to Ambitious, but then I changed it to Family oriented, but my sim is still getting tense from not admiring a possetion, and from not getting promoted. Does anyone have a solution to this? 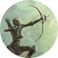 @iRhuel Thank you! I had tried removing my sim's former Kleptomaniac trait several times using the traits.remove_trait command, but it never worked, until I did what you said and made an empty slot, then added it back in. When I removed it after that, it was really, FINALLY gone. <3
Message 82 of 88 (764 Views)
Reply
0
Highlighted

Non committed to being a Non-commital

Product: The Sims 4
Platform:PC
Which language are you playing the game in? English
How often does the bug occur? Every time (100%)
What is your current game version number? 1.62.67.1020
What expansions, game packs, and stuff packs do you have installed? Stangerville, Discover University, Island Living, Get Famous, Seasons, Cats and Dogs, City Living, Get Together, Get to work, Magic Real, Parenthood, Vampires, Dine Out, Tiny Living, Laundry Day, Toddler Stuff, Luxury Party Stuff, Holiday Celebration pack and Grims Ghoulish Guitar.
Steps: How can we find the bug ourselves? I had created a sim with the non-committal trait. I decided that I did not want to have it in the game so I went through mc command to have it removed and retraited her which I have done with other sims without issue. ( did remove all mods and clean out thumbnail and did a repair and it still happens without the mods)
What happens when the bug occurs? The modlet comes up that she does not want to be stuck in the same job etc... just the normal whining of a non-commital who cannot commit to anything.. I check and triple check.. she no longer has the non-commital trait. yet it keeps showing modlets for it because it says she has the trait but does not.
What do you expect to see? for the non-commital modlet NOT to show up.
Have you installed any customization with the game, e.g. Custom Content or Mods? Not now. I've removed them.
Did this issue appear after a specific patch or change you made to your system? Yes
Please describe the patch or change you made. SINCE I DOWNLOADED STRANGERVILLE... (sorry for yelling) ( ya I am blaming strangerville for this)

My poor poor sim has to suffer.....and lost a fame point .. no hair and missing chatting with people.. she wants and needs your help! Like I said, I have removed, mods and CC.. cleaned out the thumbnails... Did a repair and yet this still happens.. she does not want to be a non-committal!  And she wants her hair back .. Please have pitty on this poor sim!

Re: Non committed to being a Non-commital

@RavenLureSounds like this bug where Sims are still affected by their old traits. EA is looking for saves to help them find the bug.

I managed to finally remove the Noncommital trait from a sim, but no matter what I do, the sim they are married to seems convinced that they are still noncommital. As in if I look in the social bit where you see everyone's relationships it lists that sim as still having that trait. I even tried removing all the traits, which made every trait vanish in the relationship window - so like the husband sim didn't know any of the traits of the other sim. But when I added back all the traits again - those I wanted - instead of showing Foodie, Art Lover and Genius, it showed NonCommital, Foodie and Art Lover. I've tried giving the NonCommital trait back and removing it again too, but it still shows up as if its there, even if I add Genius in first then change up the order of the other added traits it doesn't work. Still thinks NonCommital is in the first spot. Its really weird. I even tried doing the Get To Know interaction after removing all traits and after adding each one back to see if he would learn the new things about the sim. But it stayed the same as what the sim had when they first met.

Has anyone had that happen and know of a work-around? I know the devs are too lazy to fix anything to do with the cheats they created based on their response of "this is all we can do for now". Like no, you could if you wanted actually fix the issue of traits sticking around in weird ways. But they'd rather churn out new packs with new bugs leaving unpaid modders to fix their mess for them.

Re: Non committed to being a Non-commital

@RavenLure Since you used MCCC to remove the trait, I'm merging your thread with the existing cheat thread on this. 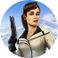 I downloaded a sim from the gallery into create a sim and changed their traits and am getting this issue. I also still get this problem when I use the “re-traiting potion” which is not a cheat and STILL get left over buffs/moodlets. This is really frustrating. The “remove trait” cheat hasn’t worked for me.