Product: The Sims Mobile
Platform:Apple iPad
List the specific devices you play with (e.g. iPhone 6s Plus, Samsung Galaxy S7) iPad Air 2
OS Version 14.8.1
How often does the bug occur? Every time (100%)
Steps: How can we find the bug ourselves? Perform the risky action ‘Try to play tonsil hockey’ during a romance relationship event [EDIT] when the two Sims are surrounded by any objects.
What do you expect to see? The two Sims aligned accurately during the animation for the risky action.
Connection Type Wifi
Please select your region Europe
Country 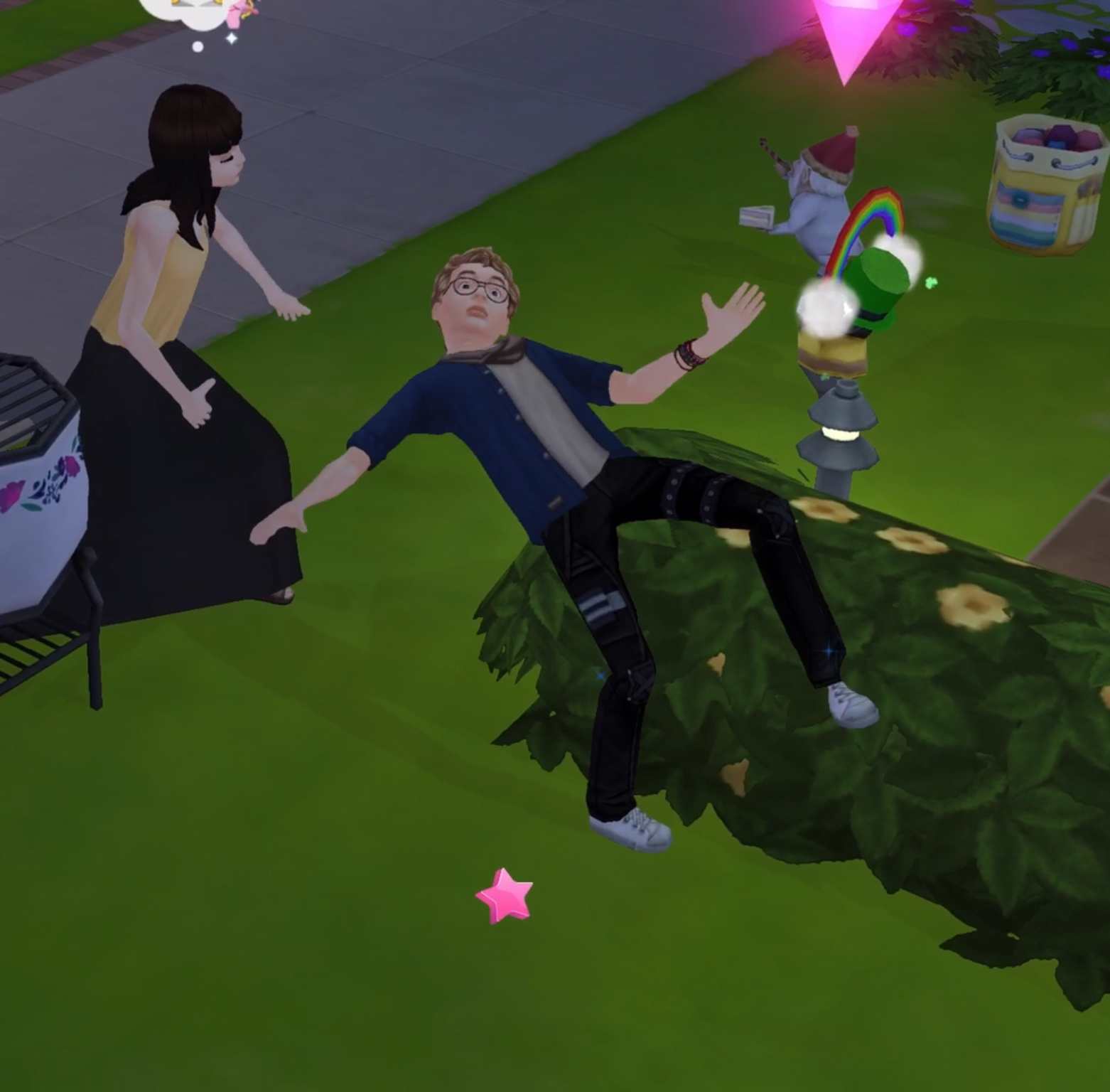 @reomin I wonder if some items are in the way between your two Sims. Can you please try on an open space with no objects around or between your Sims?

@SalixCat I must admit that I never tried the risky action on an open space. This issue does not occur when no objects are in the way around the two Sims. I managed to move them away, since these two Sims are playable. I wonder if there is a workaround as for a couple of 1 playable Sim with 1 NPC Sim.

@reomin This is still a bug imo. It didn't happen before... not really sure the exact update.
You can summon the NPC to an open space if you place for example a bench, maybe. Is this making any sense? 😄

@SalixCat I have just tried it this way for a couple of 1 playable Sim with 1 NPC (or 2 playable Sims without switching between the two to move individually).

1. Pick an item that can be used for an action during the Romance event, and move the item to an open space without any other item in the way. The bench sounds like a good idea. I used the grill from the free Heritage Pack.
2. Perform an action on that item.
3. Move the Sim away from that item, and interact with the NPC (just tap on the NPC, performing an action with the NPC is not necessary).
4. Move the item away.
5. Perform the risky action.

The animation for the risky action should be normal at this point. The steps should be followed carefully. If step 3 was not followed, moving the item away will move the Sim away as well. My opinion is that it takes too much effort just to see an animation every time you would like to perform the risky action. Five extra steps aren’t insignificant when it’s done repeatedly.