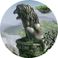 April - last edited a month ago by

Product: The Sims 4
Platform:PC
Which language are you playing the game in? English
How often does the bug occur? Often (50% - 99%)
What is your current game version number? PC: 1.72.28.1030
What expansions, game packs, and stuff packs do you have installed? All except Batu and the kits
Steps: How can we find the bug ourselves? Have a sim give birth, and age the baby to a toddler. Selling the bassinet is optional.
What happens when the bug occurs? Toddlers reset randomly Bassinet re-appears, and toddler re-ages up from a baby All produce eaten by toddler gets scattered on the floor.
What do you expect to see? Toddlers should only reset when I use the shift command or a cheat, and shouldn't go through the aging process again, or spit up the produce they've eaten throughout their life.
Have you installed any customization with the game, e.g. Custom Content or Mods? Yes
Did this issue appear after a specific patch or change you made to your system? Neutral/Not Sure

I'll be playing the game, and all of a sudden the toddler will basically reset. When this happens, if there is no bassinet, one will appear in the same spot it was in before I sold it. The toddler basically re-ages up from a baby, back into a toddler, and the trait selection screen appears again. If the toddler ate any fresh fruit or veggies, all the produce they ate gets scattered around where they reset, and have to be picked back up. This happens randomly while playing, but it also happens if you reset the sim with shift commands. The glitch with the produce has been going on for a long time, and happened whenever the toddler was re-set, but the rest is fairly new, and has been happening for only about a year now.

Both with and without mods

@MatsuyoRific Do you have any lastException files in your doc folder you could share ?

Follow instructions here on how to upload: https://answers.ea.com/t5/Bug-Reports/INFORMATION-How-does-this-forum-work/m-p/3445427#M172236 (under Additional info)

Hi, I am currently playing the Sims 4 on an Xbox Series S. So, I’m kind of wondering if this might have something to do with backwards compatibility. I don’t know, I know nothing about that kind of thing. All I know is yesterday I started a legacy challenge, and since then have had 3 children with Father Winter. The first two were twins and everything was great. The third son, Reece, since aging up from a baby to a toddler, has aged up about 10 times I think. Not from a toddler to a child, but from a toddler to a toddler. It happens about every 4 minutes and everytime it does he does the weird animation of jumping out of the bassinet, except the bassinet isn’t there, it looks like he falls out of the sky. No matter where he is in the house he does the animation, and the bassinet respawns in the bedroom where it originally was. I’ve sold the bassinet several times already. I’ve read a few of the threads discussing this, from two years ago. The only one I can find that may have come under similar circumstances was a thread where the parents of the baby were not there to do the “teach to walk” animation. I will try to replicate it and get back. But other than that, from what I’ve found, nobody has found a solution.

Re: Toddler keeps aging up

@Beth55467 I've merged your post into the current bug report for this issue. Please click the "Me Too" button at the bottom of the first post on the first page of the thread.

@MatsuyoRific Are you still having issues with this ? Do you have any lastExceptions ? FatherWinter babies ?