Sadly, my main save has been hit with the time freeze bug...

I'm uploading the zipped saves folder to dropbox right now, so in the meantime I'll tell you what happened.

I think the time freeze bug has been in this save for quite a while, but only really minor, barely noticable and infrequently. I have a fairly powerful computer, so that may well have made it bearable.

It was not until my Sims went to Granite Falls that I started noticing slightly bigger freezes - and that continued after they returned. So, for me, on this computer, Granite Falls is something that worsens the situation (I posted before about my game freezing while in GF). My Sims do tend to stack up their inventories when in GF

The last time I played, it definitely got worse. I had relatively large freezes when my Sims were waking up and when they came home from work. This was after I changed the save slot number of the save (I made a back up, thew out some files and renamed some others). I doubt that had anything to do it, I don't think a lot of players frequently move their save files to a different slot, but just mentioning it in case it is actually relevant.

I've decided to also upload my most recent back up to dropbox, because I barely played since I my last back up. I did notice that this particular save file, is rather large in comparison with my other saves. Now I have been playing in this save for quite some time, so it's not really surprising. Anyway I went back a little further in my back up folder (I basically make back ups on a monthly basis, whenever new content/a patch is released) and noticed that this save had a significant increase in file size over the course of december. I do remember playing much with this save in that period, also taking lots of (in-game) photographs (no idea if that has a bearing on the file size). As it coincides with the release of Get Together, the addition of Windenburg and the clubs may have something to do with that as well. Except that the increase in that save over that time is roughly 3.000 kB, none of my other (post-GT) saves are that big in total. As of January the file size increase has been gradual. To be honest I don't know if this has any relation with the time freeze bug at all, but it struck me as odd, so just mentioning it.

If neccessary I could send in more backed up saves for inspection (although, I'd rather not, since dropbox takes forever to upload a tiny zipped file).

I'll attach the config.log file seperately, as I forgot to zip it... 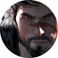 Just weighing in here. I don't know why, but it seems to be a larger problem with my first Sim family. Scanning the thread, there are computers on all my Sims' lots, so it's not that or not *just* that.

Having all Sims freeze completely for 4-5 Sim hours while one Sim is emptying spoiled food from their inventory is NOT acceptable. The delays are annoying, but I've never had it *completely* freeze like this before. I couldn't even switch Sims while it was frozen - and in fact, had to kill the game from the task manager. The only thing that kept working was the camera controls.

My game is lagging big time as it very hard to move the screen around I am wondering if it's to do with 8 sims and a 3 story house that slows it down for example it's taking too much memory my computer has a great memory capacity but even though it's still must take a lot of memory. May be I have to clear my catch to clear memory I just thought about it as I was typing this

I can't get my save memory menu to open as my game is frozen nor can I shut it down I wanted to save and close it so I could then delete browsing history and my catch but I just well not open for me to do it I was able close it before after saving then I rebooted my computer to see if performance was improved but it still did not fix the slowness now I think it's crashed that why the menu well not drop down. So in the end as I done everything possible I had to press the off switch on my computer but which means the last part was not able to save. I only got my sim to complete the daily action for work the last 50% so I might have to do that part again. Once I cleared my cookies and browsing history I just hope it works a lot better when I cleared my catch

I've had this bug for some time on all my saves & it's *always* homework that freezes time. I have testingcheats on & reset homework books until I find the culprit & everyone goes back to normal. I've also noted that it's usually (though not always) a high school homework book that's to blame. Unfortunately, this led to the demise of a study club (because it constantly froze time) but otherwise no big issues.

Also, I've noticed that I'm fine if one sim is doing homework but two or more causes issues.

I'd love to post my computer info & all that but other than playing Sims & checking Facebook I'm fairly illiterate (& lazy) so that won't happen. My rig is not top of the line but not quite a potato. It runs Sims 4 really smoothly with nice graphics & other than the occasional glitch it works great. So I guess I'm in the 'mid range to higher end' category that seems effected by time freeze. I'll try some of the tips posted; I just kinda searched this to see if it was being worked on or whatever & add a 'Me Too' to the thread.

Cleared cache files according to the instructions on Carl's site, and it didn't help. Once I went into the game, I did the resetsim command for one of my affected family members and everything began working normally again.

I'm going to close this thread.

Not because I think its fixed but because it has become an thread of multiple things that all need addressing separately.

I have opened this thread a while ago: http://answers.ea.com/t5/The-Sims-4-Bug-Reports/Performance-Issues-Compiled-List-of-Threads/m-p/5095... and I would ask everyone that is still plagued by either of those issues, to open their own thread in the general section of the forum.

Please provide the info asked in the appropriate posts in your own thread and I will then add your thread to that list.

It's way easier to keep up with the individual progress this way as these issues probably don't have one cause as such but are a problem of multiple things.

I think it's a better way to get the info that the devs need to address these problems.