Product: The Sims 4
Platform:PC
Which language are you playing the game in? Svenska
How often does the bug occur? Every time (100%)
What is your current game version number? 1.69.59.1020
What expansions, game packs, and stuff packs do you have installed? All except Snowy Escape, Spa Day, Outdoor Retreat, My First Pet Stuff and Digital Deluxe.
Steps: How can we find the bug ourselves? Look at the children's base game braided ponytail in CAS. It now comes in two variants, one with baby-hairs and one without baby-hairs. Look at my pictures below of what it looked like before and after the patch.
What happens when the bug occurs? In the patch were the children's base game braided ponytail was updated they made two versions of it, and the old one was updated to the wrong version. The new variant comes in two versions, one with baby-hairs and one without baby-hairs. Before the patch this hairstyle did NOT have baby-hairs, but now the old version was replaced with the new one WITH baby-hairs, and the new one WITHOUT baby-hairs was added as a new hair style.
What do you expect to see? That the new version WITHOUT baby-hairs would've been the one replacing the old hair style, and the new version WITH baby-hairs would've been the one counting as a new hair style. This is because there are a lot of sims, for example pre-made sim Billie Jang from City Living, who had this hair style before the patch, and now their hair has baby-hairs even though there is a version of this hair style without the baby-hairs.
Have you installed any customization with the game, e.g. Custom Content or Mods? Never used.
Did this issue appear after a specific patch or change you made to your system? Yes
Please describe the patch or change you made. The patch where the children's base game braided ponytail was updated and made into two versions.

This is what the hair looked like before the patch. This is Billie Jang, a pre-made sim from City Living. Before the patch she had this hairstyle and the hairstyle doesn't have any baby-hairs. 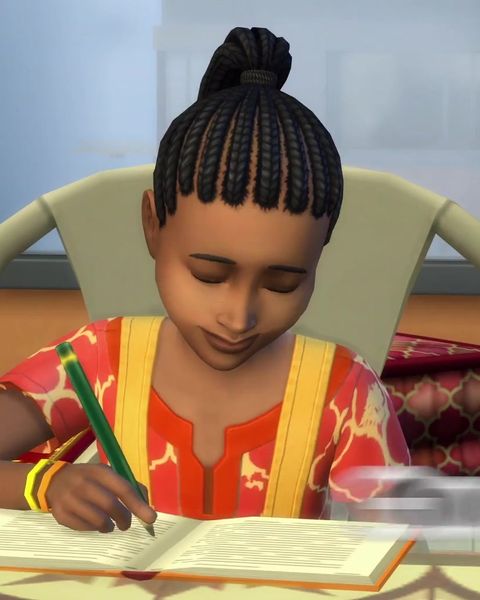 After the patch she suddenly has baby-hairs, which would've been fine if this was the only new version of this hair. 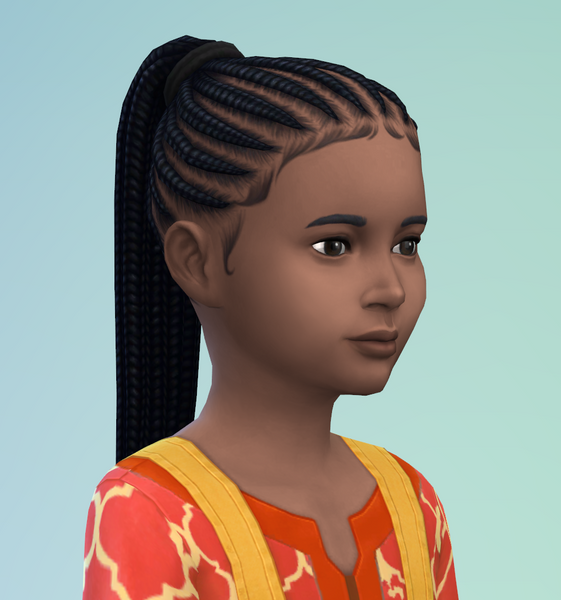 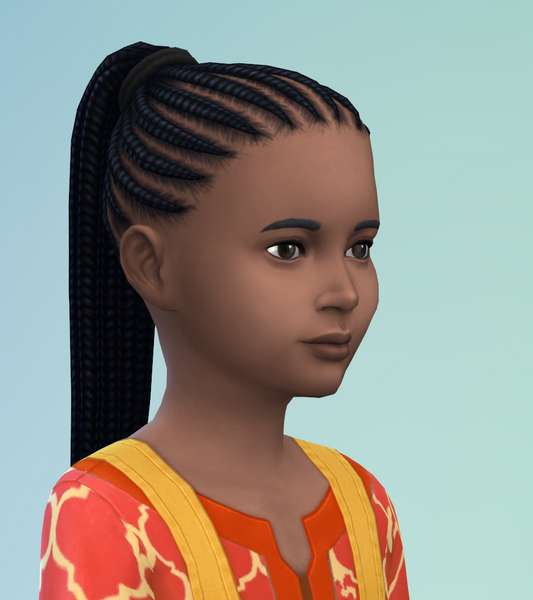 Re: Base Game Blush Too Opaque After Update With Makeup Sliders

@Katrus91 Looking at this it seems that something went very wrong with this report. The other issue you reported got mixed up in this and there's no pictures of the children issue you're describing.

Could you maybe fix this ?

The second issue seems to have a report here: https://answers.ea.com/t5/Bug-Reports/Base-Game-Blush-Too-Opaque-After-Update-With-Makeup-Sliders/m-...

Re: The New Versions of Children's Braided Ponytail Were Added the Wrong Way Aro

@crinrict  Huh, that's very odd! I must've made a mistake when I edited the post two weeks ago when I realised that I had missed some of the packs in the question about which packs I had installed, because back then I'm certain that the post looked as it should. Anyway, it should be fixed now! ^^