Product: The Sims 4
Platform:PC
Which language are you playing the game in? English
How often does the bug occur? Often (50% - 99%)
What is your current game version number? 1.50.67.1020
What expansions, game packs, and stuff packs do you have installed? All except My First Pet Stuff
Steps: How can we find the bug ourselves? Try placing down a house from the Gallery that was built on a different lot. (For example: place down a house that was built on a 30*20 lot in Willow Creek in another 30*20 lot in Newcrest) The two lots have to be different but does not have to be in 2 different worlds. Some lots combination works fine though.
What happens when the bug occurs? Terrain paint moved when I tried to place down a house that was built on a different lot.
What do you expect to see? Terrain paint being in the right place whichever lot we choose to place our house in.
Have you installed any customization with the game, e.g. Custom Content or Mods? Not now. I've removed them.
Did this issue appear after a specific patch or change you made to your system? Yes
Please describe the patch or change you made. I believe it is the terrain tools update. I'm not 100% sure though.

Since a few updates ago (I believe it is the terrain tools update), whenever we want to place down a house in a different lot than the one it was built on, the terrain paint might move, and it looks weird. It was not like that before the patch and we could place down lots wherever we want.

Could the Sims Gurus please fix this in the next update?

This is what happened when I placed a lot that was built in Newcrest in another lot in Willow Creek. The terrain paint moved left comparing to the house, which looks weird. 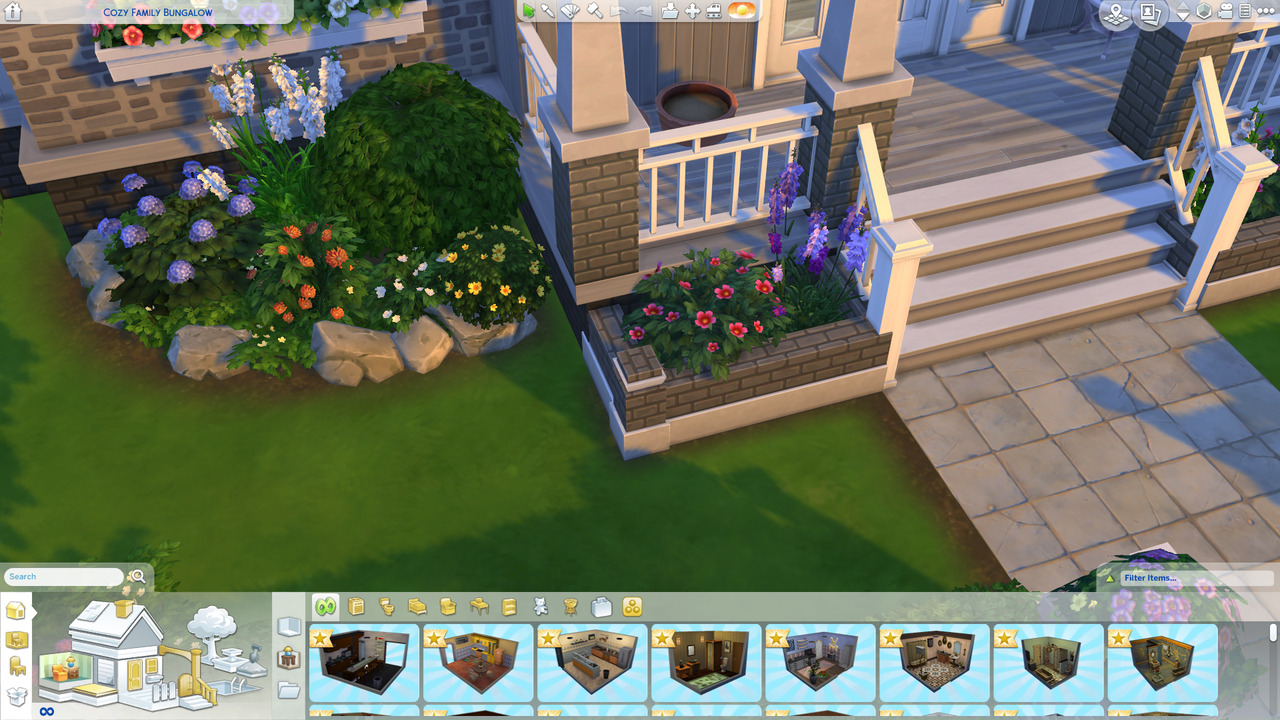 Re: Terrain paint moved when placing house in a different lot

@AKLSimmer I haven't been able to reproduce this issue in my game.  You mentioned seeing this with lots that you downloaded from the Gallery.  Could you provide an example (the name of the lot plus the creator's ID)?  Or your own build?  Just tag me with @BryonyRae so that I can test further.  Thanks!

Re: Terrain paint moved when placing house in a different lot

I can duplicate the paint disappearing if the lot is smaller as described here: https://answers.ea.com/t5/Bug-Reports/NEEDS-INPUT-A-Terrain-Paint-disappears-if-lot-is-placed-on/m-p...