Product: The Sims 4
Platform:PC
Which language are you playing the game in? English
How often does the bug occur? Occasionally (10% - 49%)
What is your current game version number? 1.61.15.1020
What expansions, game packs, and stuff packs do you have installed? University, Island Living, Get Famous, Seasons, Cats & Dogs, Get Together, Get to Work, Realm of Magic, Vampires, Dine Out, Vintage Glamour, Movie Hangout, Perfect Patio
Steps: How can we find the bug ourselves? Create a retail store, create potions at a cauldron and set it as "for sale" in the store. Potions show a value in inventory but once it was set as for sale on a display shelf it has no $ amount any longer an no one buys it
What happens when the bug occurs? Item loses its $ amount and even though set as for sale seems it can't be purchased. It only shows the item description and who created it
What do you expect to see? Potions should keep their value and the buy interaction should still be available when clicking on it (I tried with another sim and couldn't purchase a potion)
Have you installed any customization with the game, e.g. Custom Content or Mods? Never used.
Did this issue appear after a specific patch or change you made to your system? Neutral/Not Sure

None available, I sold the store 😥

Re: [TO TEST] Can't sell potions in retail store

I have an Alchemist with a retail potion shop. Just popped in to see if it all worked. It did.

I've copied him and his shop to my Gallery so I can test in a new vanilla game.

New Save in a new The Sims Folder.

Put my Alchemist and his shop in a new Save. Used some of McRudd's rooms of collectables to give him all the ingredients. Deleted the potions that were already in the shop when I placed it. Had him make some new potions. Set them for sale. I rotated between my Sim and a pre-made Sim to check both selling and buying.

I did notice that the price does not always show up in the description. 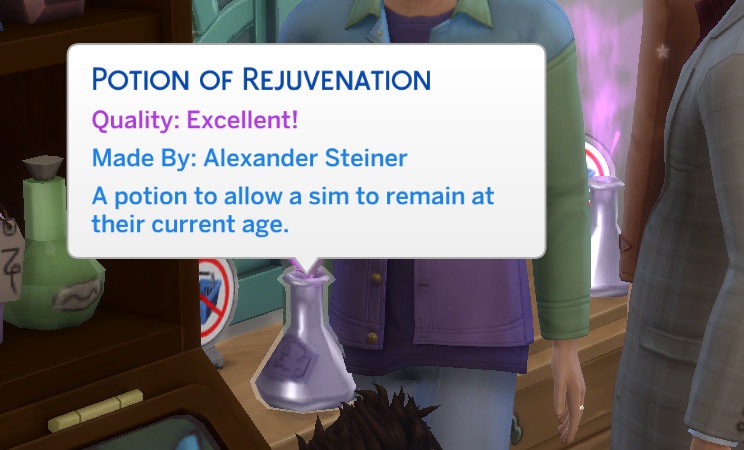 But that doesn't seem to effect whether it can be bought. 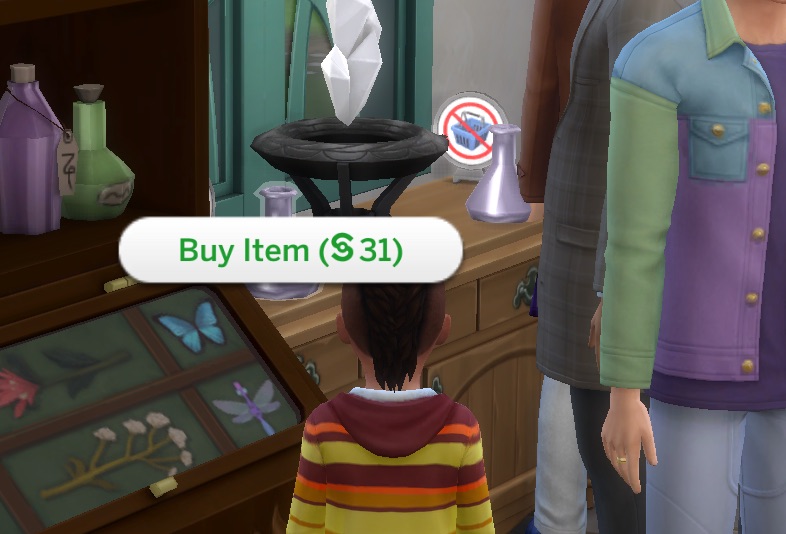 I eventually sold most of the potions my Sim made. 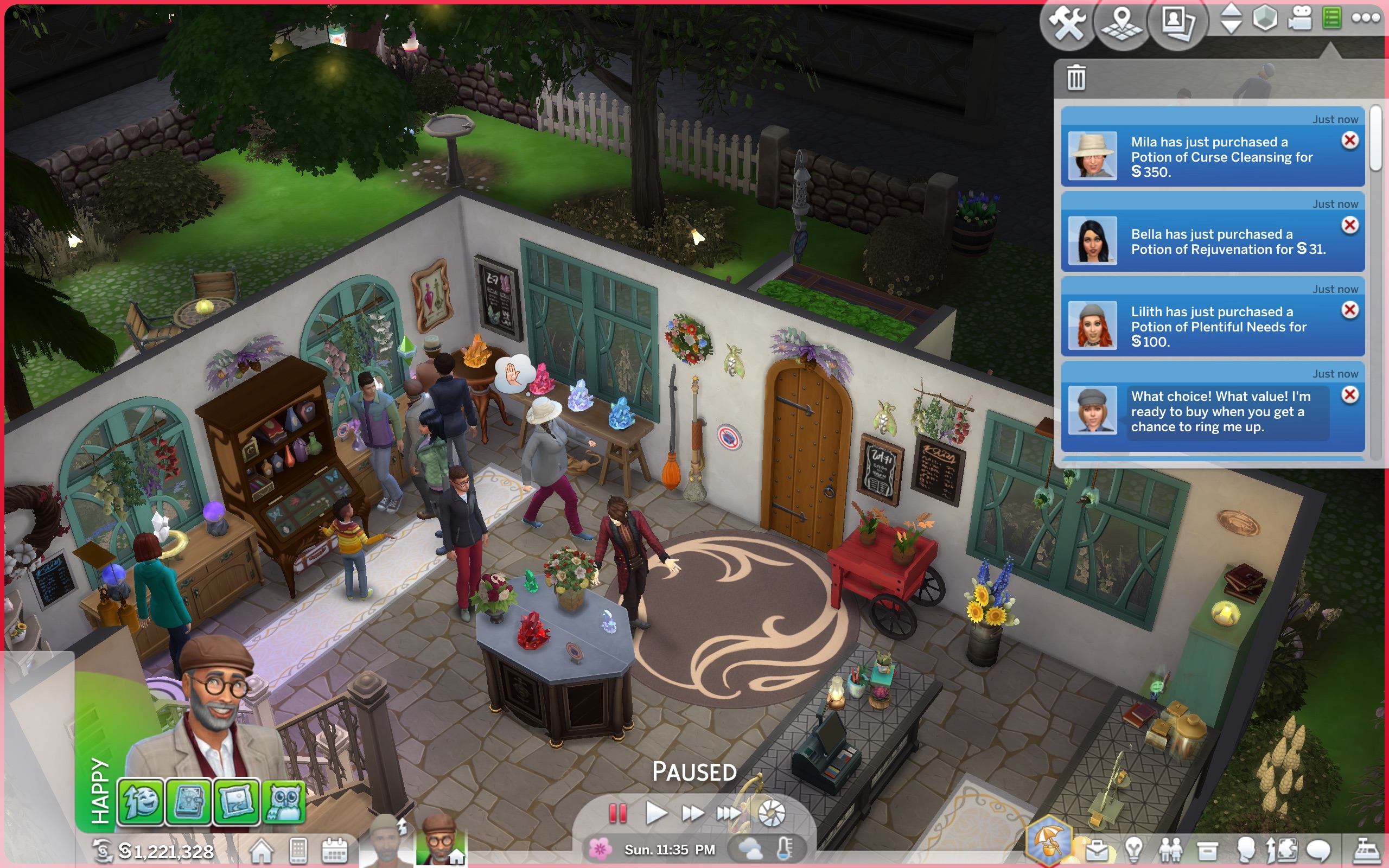 As with the Scientific and Herbal potions, if you have too many other things in a shop the potions will not sell well. Most of the items in this shop are decor.

I have noticed that players using potions from buydebug say they have a 0 simoleon value when placed for sale. 0 value items don't sell. (How odd ;P) I suppose this might effect shops downloaded from the Gallery. But that would be a slightly different issue.