Repo man glitch while at work

Repo man glitch while at work

Product: The Sims 4
Platform:PC
Which language are you playing the game in? English
How often does the bug occur? Every time (100%)
What is your current game version number? 1.67.45.1020
What expansions, game packs, and stuff packs do you have installed? All except Island Living, Eco Lifestyle, Realm of Magic, Journey to Batuu, Nifty Knitting, Moschino Stuff, Luxury Party Stuff and Tiny Living Stuff
Steps: How can we find the bug ourselves? Be at work at roughly 5pm when the bank calls to ask your sim about paying off their student loan. Either have no money or ignore payment until repo man comes
What happens when the bug occurs? Repo man never appears and doesnt leave, leaving the game in a no save state
What do you expect to see? The repo man should appear and take my stuff and leave
Have you installed any customization with the game, e.g. Custom Content or Mods? Not now. I've removed them.
Did this issue appear after a specific patch or change you made to your system? No

The repo man is sent to repo an object when I dont pay my university loan, and my sim apparently tries to leave work when this happens so im asked if I'm sure she should leave work. I've clicked yes and no on separate occasions and no matter what I pick when she gets home the repo man isn't there and never appears even after days in game and I'm forced to quit without saving because the game is in the state "you cannot save while the repo man is actively reposessing".

Re: Repo man glitch while at work 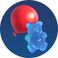 I just encountered a similar problem. My sims hadn't paid their bills, and so got the notification about the repo man. It put the game in a "no save" state, saying that the repo man was actively repossessing. I paid the bills quickly, but it didn't reset itself, AND the repo man didn't show up, leaving it in a state of limbo. I also had to quit the game without saving and go back in.

Re: Repo man glitch while at work

Do you happen to have save file, before this issue occurs? If so, would you mind sharing them?