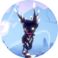 Product: Star Wars: Galaxy of Heroes
Platform:Android Phone
What type of device are you experiencing the issue with? Samsung Galaxy S10
OS Version Android
Ally Code: (Find it here: http://bit.ly/AllyCode ) 934582253
What type of issue do you have? Missing Rewards
How often does the bug occur? Every time (100%)
Summarize your bug Redeeming google play store points stopped working. Speaking of the small and large galactic enhancement kits. Redeemed them 3 times then the next attempt for both never was captured ingame. Opened a ticket at google support, went through several trouble shooting steps as reinstall, emptying cache, force close, time change to force a server synch etc. Nothing helped. Then opened a ticket at EA support. Three hours of time later I got the answer -> we cannot help you please make a post as a bug report here
Steps: How can we find the bug ourselves? It seems to be a technical issue. I cannot redeem again at google play store because there the message is prompted that I have to open swgoh again before being able to redeem again. Google thinks that the redeem rewards where not claimed ingame and they block any further redeems.
Connection Type Wifi
Please select your region Europe
Country Germany

Hi @Sorkip29 and sorry to hear that.

Have you been able to redeem Google Play Store points on any other app?

in summary I had 7 redeems the last days. the last two ones are missing ingame. 1 Small and 1 Large Galactic Enhancement Kit.

I cannot redeem for swgoh anything new as the google play store says I have to open swgoh again before they allow me to do so.

Clearly I opened swgoh a lot times since then but there is nothing received. So I'm stuck now.

I checked it for another app I'm playing (not EA) and there it worked and the redeemed items are received.

Thanks for the additional info. We will look into this further.

The team is still looking at this but keep in mind that there could be a delay due to the Labor Day holiday. We will reach out if we need anything else.

It would even be ok for me if the last two redeems are lost as long as redeeming in general will work again. If this helps with a solution...

sending you a PM in a minute.

Same problem for me. Purchase two days ago