I held off on finishing the last daily (the one that gives you 125 xp for completing all the other dailies, 3x arena fights, 10 total battles, etc...) until after I reached level 80, so that I could be rewarded with the omega ability material that is given only for those that are level 80, AND have completed the previous dailies. After I hit level 80 (in which I spent a lot of crystals to reach today by the way), I turned in the last daily, and the following daily (the one with 24 crystals, 1 omega ability material, 750 credits, 25 sim tickets, and two 2* training droids) did not show completed. So now that I have hit 80, I am not receiving this reward, yet I timed it so that I would be able to benefit from it.

I go to EA Customer Support to ask for them to resolve the issue, and after explaining the situation (which they said "restart the app, it will show up") they just told me they cant fulfill the request and basically hang up on me, AFTER I was patient with them about assessing the situation. Now I'm left without my rewards for the day, and I was rudely "hung up" on by customer support. I've never complained about an issue in-game, but I didn't spend 2,000 crystals to not get my daily reward. It's the principle of the matter, and customer support wants to drop conversation.

Would like this issue to be resolved, I am not happy that the game is not working properly.

You will start receiving the reward from the second day at level 80 and onwards, as you will be able to complete the daily then.

I reached level 80 today, but after the daily activities were completed. I does not appear as though I can obtain the daily level 80 rewards for today. Please help!!! 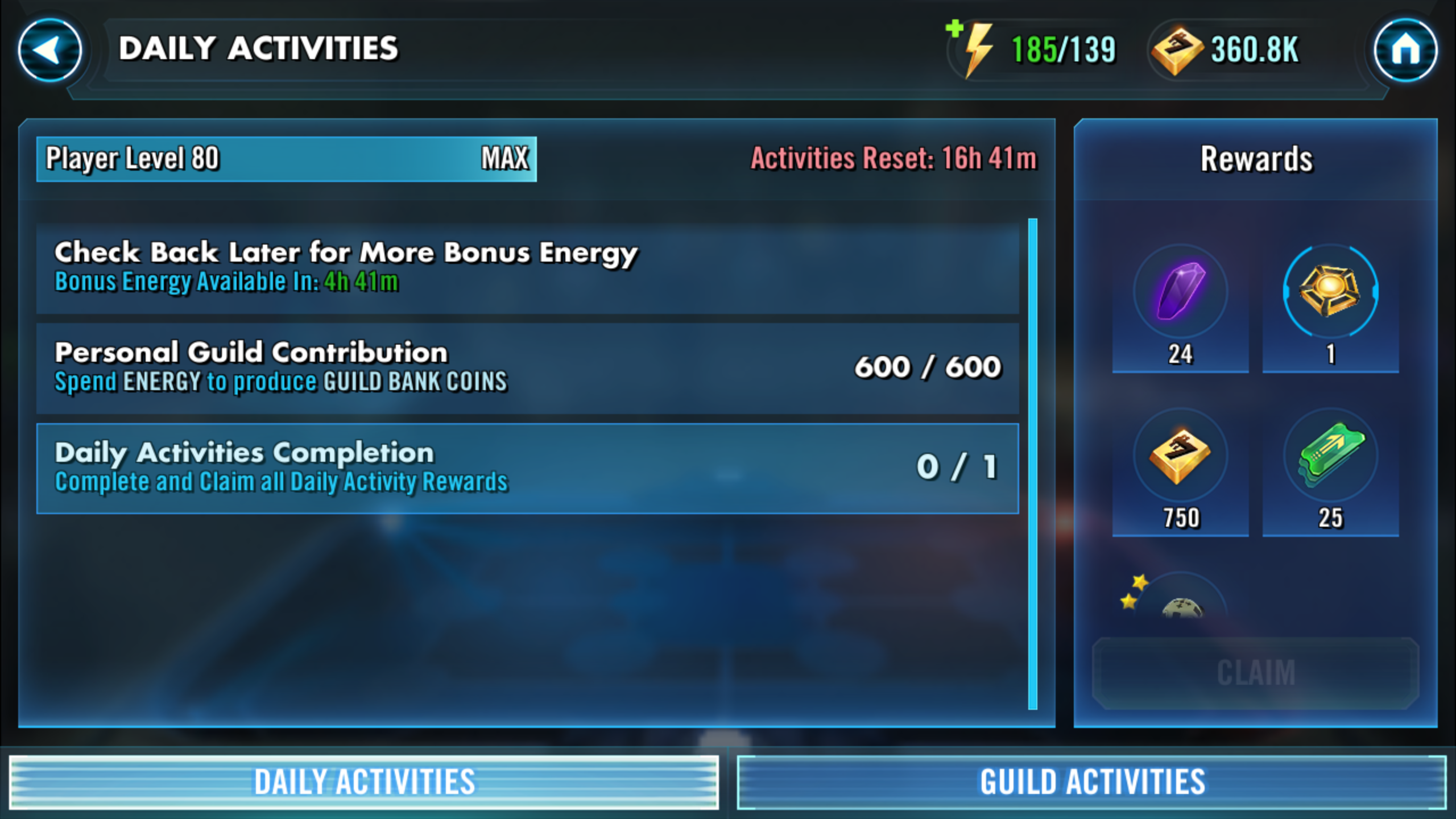 You will start receiving the reward from the second day at level 80 and onwards, as you will be able to complete the daily then.