Private lot bugged out to act like public lot

Private lot bugged out to act like public lot 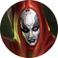 Product: The Sims 4
Platform:PC
Which language are you playing the game in? English
How often does the bug occur? Every time (100%)
What expansions, game packs, and stuff packs do you have installed? none
Steps: How can we find the bug ourselves? i've only been through this event once. my female sim was having a relationship with Bella Goth, who is married. after several woohoo, i get the option to "convince her to leave her husband. i did this. the game said it was a success and suggested we get married. then Bella kinda just "went home" where ever that is now... (she was never living with me).
What happens when the bug occurs? what happens after was strange. my house that we were at presented symptoms of a public/community lot, like a park or store. the front of my house showed the entire walls and roof. the option to lower them was greyed out. i couldn't get my sim's mom to go inside to pee. she wet herself. and my gardening task turned into a strange situation where it was like a public space, instead of personal home. while gardening i had to click each plant, and the sim ran down the street on her own to hang out at a public garden spot where some crops were. after this, i managed to fix the bug, by traveling to somewhere else, and then traveling back. then my house walls worked normal, and gardening, etc. it was no longer performing like a public lot.
What do you expect to see? none of this. my private lot should not have bugged out and removed my powers over the lot, as if it had turned into a public lot. i had not "moved out" or anything.
Have you installed any customization with the game, e.g. Custom Content or Mods? Never used.
Did this issue appear after a specific patch or change you made to your system? No

this felt like a game-breaking bug. i felt lucky that travel was working and fixed the issue for me.

Re: Private lot bugged out to act like public lot

was this a one time occurrence or can you make it repeat ?

Re: Private lot bugged out to act like public lot

as i already wrote above, i've only been through such a conversation once.

the thing is, i wouldn't want to go through the task of repeating it with the game's current "tools" available to us to try to do so..

the save system in this game is awful. and that's just an understatement.

you know this game's bugs would get a lot more (helpful) feedback/testing from the players... if only there was an actual auto-save system in place that we could reliably use to go back 10 minutes and try the same scenario over and over to try and dissect/understand it..