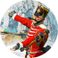 Product: The Sims 4
Platform:Sony Playstation 4
Which language are you playing the game in? English
How often does the bug occur? Every time (100%)
What is your current game version number? 1.19
What expansions, game packs, and stuff packs do you have installed? Get famous, city living, island living and bowling stuff
Steps: How can we find the bug ourselves? I had a sim who’s going through the 3rd stage of fame (B-lister) however the problem is that the fame level which is shown with the green color meter is not levelling up and it couldn’t unlock the 3rd star. I also noticed that I didn’t receive any fame points from the previous stages of fame which I’ve already passed.
What happens when the bug occurs? I tried to use the fame interactions and activities which has the +fame sign many times but it looks like the 3rd level of fame or star wont get unlocked. For example I tried to sing solo in the karaoke many times and post timeline on social media but the green meter is not increasing to unlock the star. I also tried resetting my sims by moving them out and in but it looks like its still the same.
What do you expect to see? Fame level increases and I would get fame points as well.
Have you installed any customization with the game, e.g. Custom Content or Mods? On console - never used.
Did this issue appear after a specific patch or change you made to your system? No

I just hate the fact that this pack has so many bugs in it. Its also very unlucky for console players as we are not able to repair this game unlike PC players. Seriously EA? Charging this pack like $49 dollars but not being able to have good quality control system over it? What a shame!

Re: Fame level not increasing thus no fame points received

@Dennis_Chan16 I'm going to hold of forwarding this as there's going to be a console patch tomorrow.

Please recheck after patching and let me know if it still occurs.

Re: Fame level not increasing thus no fame points received

@Dennis_Chan16 Are you still seeing this after the console patch ?