Product: Star Wars: Galaxy of Heroes
Platform:Android Tablet
What type of device are you experiencing the issue with? Samsung Galaxy Tab A6
OS Version 84.0.4147.125 (I'm not sure if this is correct)
Ally Code: (Find it here: http://bit.ly/AllyCode ) 975-424-447
What type of issue do you have? Gameplay
How often does the bug occur? Rarely (0% - 9%)
Summarize your bug During Fleet Arena Battle, a Vulture Droid Spawned on top of an existing Vulture Droid, causing there to be 6 (Non-Capital) enemy ships on the battlefield.
Steps: How can we find the bug ourselves? I have no idea. This is the first time this has happened to me.
Connection Type Wifi
Please select your region North America
Country United States of America 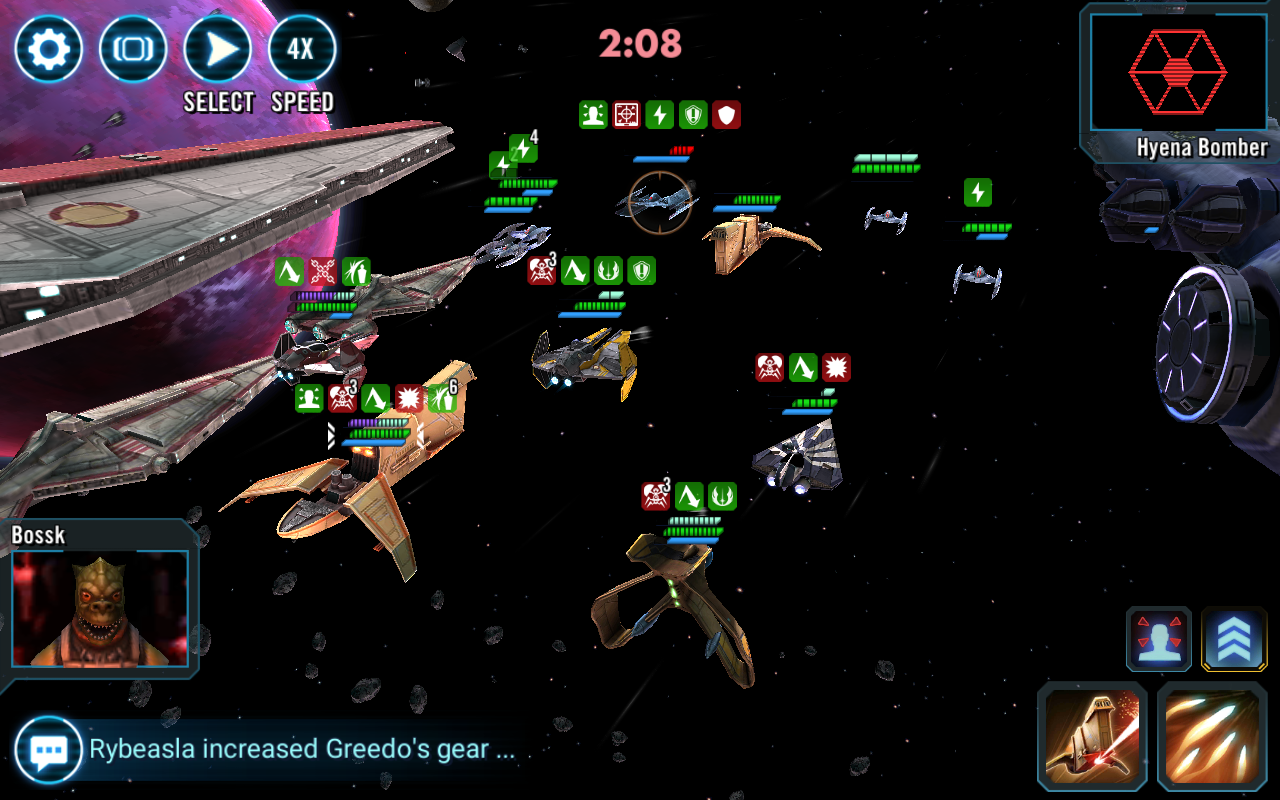 Do you happen to have a video of this or any idea what may have possibly triggered it? We have attempted it several times, but were unable to reproduce it.

@EA_UltraSlide Unfortunately I do not have video of this, sorry. And I have no idea what might have possibly triggered it. Some additional information that I forgot to mention: it didn't spawn one vulture droid in each open position before overlapping that one. It was Hyena Bomber, Sun Fac, and Vulture Droid as the starting ships at the beginning of the battle. I killed Sun Fac and then the Malevolence put Overcharge on Hyena Bomber which spawned the overlapping vulture droid. Which is strange given that there were 3 other "open" positions. And then I just tried stalling the battle out to see if more vulture droids would overlap but they did not. It was very strange. If it ever happens again, I'll try and record some footage to share with you.
Message 3 of 3 (59 Views)
Reply
0
New topic
Twitter Stream