Product: The Sims Mobile
Platform:Android Phone
List the specific devices you play with (e.g. iPhone 6s Plus, Samsung Galaxy S7) Samsung Galaxy S9+
OS Version 9
Player ID: (Find your Player ID in Sims Mobile: https://help.ea.com/help/the-sims/the-sims-mobile/find-your-player-id-in-the-sims-mobile ) 1003444134845
How often does the bug occur? Every time (100%)
Steps: How can we find the bug ourselves? Depends if you have the issue. Sims tend to stand around in my game.
What do you expect to see? Sims either teleporting like crazy Sims all over the house or Sims walking around doing random things.
Connection Type Wifi
Please select your region Europe
Country The Netherlands
Additional feedback Sims either look around or look at their phone. When I ask them to stand in a place they will. They'll only walk around when in an event. And very, very rarely they'll move somewhere else to stand around on a different spot.

Video of what I'm seeing:

Did this start after you played for a while or was it like this from the start?

They always stand around in my game, also in my other games.
I can remember they used to teleport around the house a lot, now they are just stuck in one spot until I ask them to do something or start an event.

This is still an issue, Sims just stand there doing nothing. None active family member do walk around and do stuff but often are standing around as well.

This is still something I'm seeing in my game.

Re: [Open] Sims stand around on home lot. 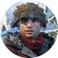 I recently had a similar issue. I had an active sim with a completed rival story with an NPC. I retired my active sim right after he finished the story with the npc, and I retired the active's wife as well right after I retired him. The npc that he had the rival story with was standing outside his house for two days or so, crying in her hands and talking to herself, looking at her phone, as well as occasionally being approached by and talking to the passive sims in the home. Whenever I clicked on her it acted like she wasn't there, her name wouldn't show up and no interaction options would show either. I decided to try to force her to move by placing objects on top of her. It worked, the game forced her to move, but she still doesn't walk around. Now she's standing in the foyer, inching closer to the kitchen (she moves slightly every time I come back to the house). As far as my retired male sim, his wife aged up/moved out. The option to age up the male never came and he was standing in a corner just like the NPC, except j side the house. So, I forced him to move out. This temporarily fixed the NPC problem. She started moving around and I was able to interact with her. However, now she's back to loitering again, not interactive.