Product: The Sims Mobile
Platform:Android Tablet
List the specific devices you play with (e.g. iPhone 6s Plus, Samsung Galaxy S7) Samsung Galaxy Tab S3
OS Version Android 8.1.0
Player ID: (Find your Player ID in Sims Mobile: https://help.ea.com/help/the-sims/the-sims-mobile/find-your-player-id-in-the-sims-mobile ) 1003403535473
How often does the bug occur? Often (50% - 99%)
Steps: How can we find the bug ourselves? Send one of your four Sims to party #1 and then back home. Close the game. An hour later, open the game, send three of your four Sims to party #2. Now send your fourth Sim to party #2, open the side panel and send this Sim to party #1. He will not be alone. Some of the guests at party #2 will also be at party #1 together with your Sim. They will be active, socialize with other SIms and it will be possible for me to interact with them. Party #1 is Phantom’s party. Party #2 i Player 2 party.
What do you expect to see? Party guests won't travel from one party to another.
Connection Type
Please select your region Europe
Country
Additional feedback

@Phantomlover1717 was your party open? Could you see these other Sims?

This is Phantom's party (party #1). There are five guests from party #2. The chat shows there are no other guests than Salix, so they shouldn't be at Phantom's party. 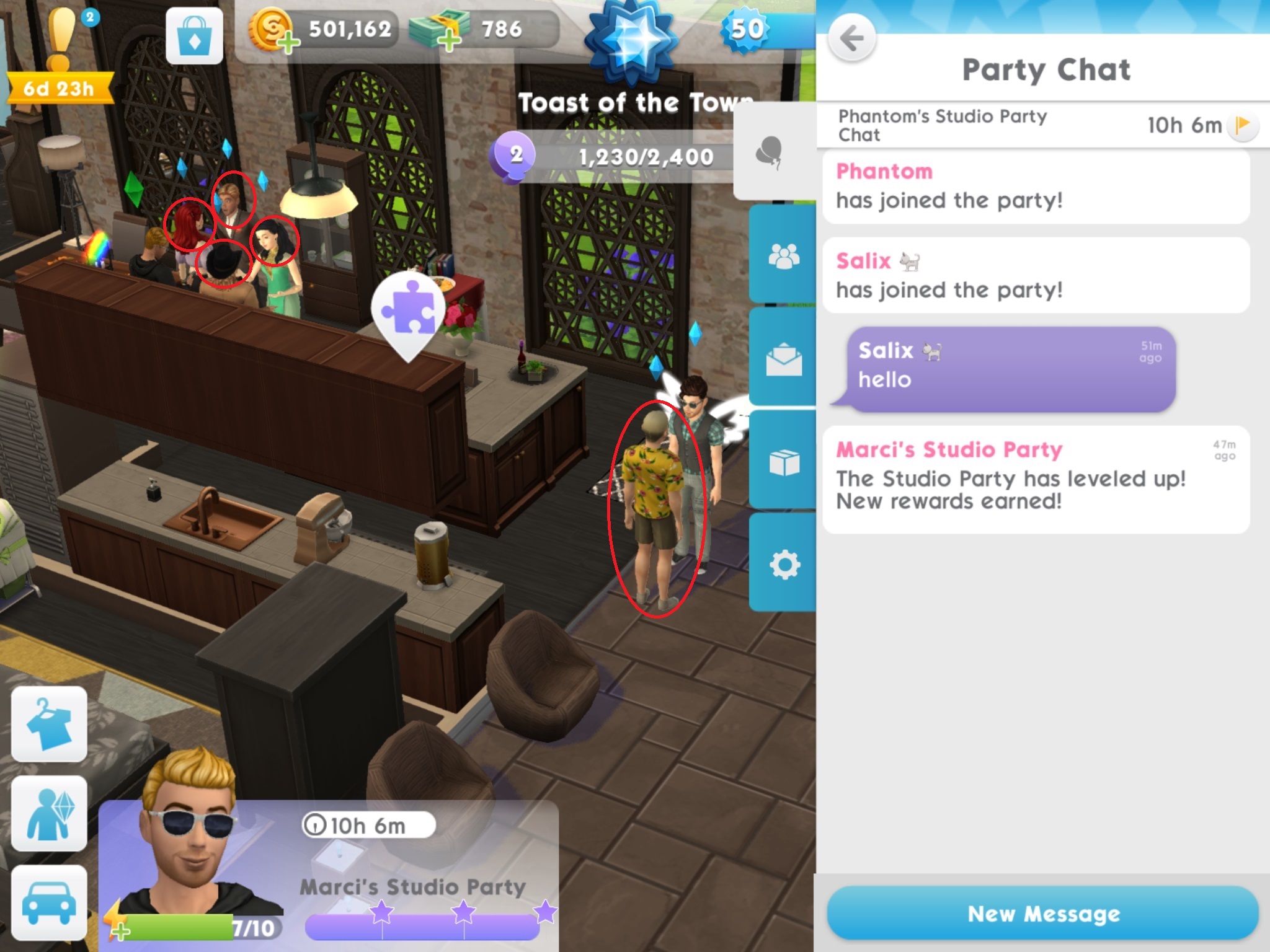 Party #2 chat showing three player's whose Sims spawned at party #1. There were two more, but I don't have a screenshot. 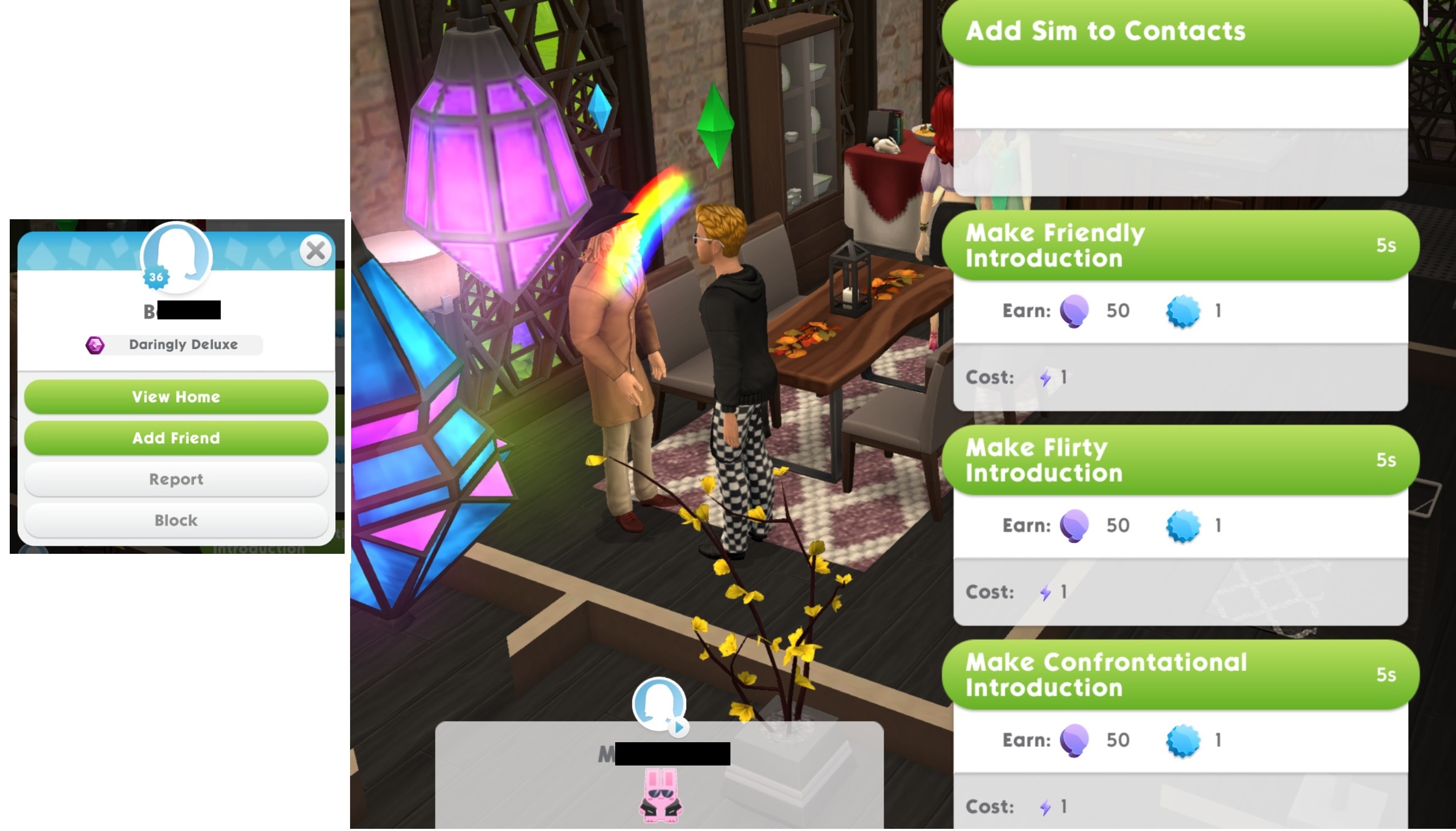 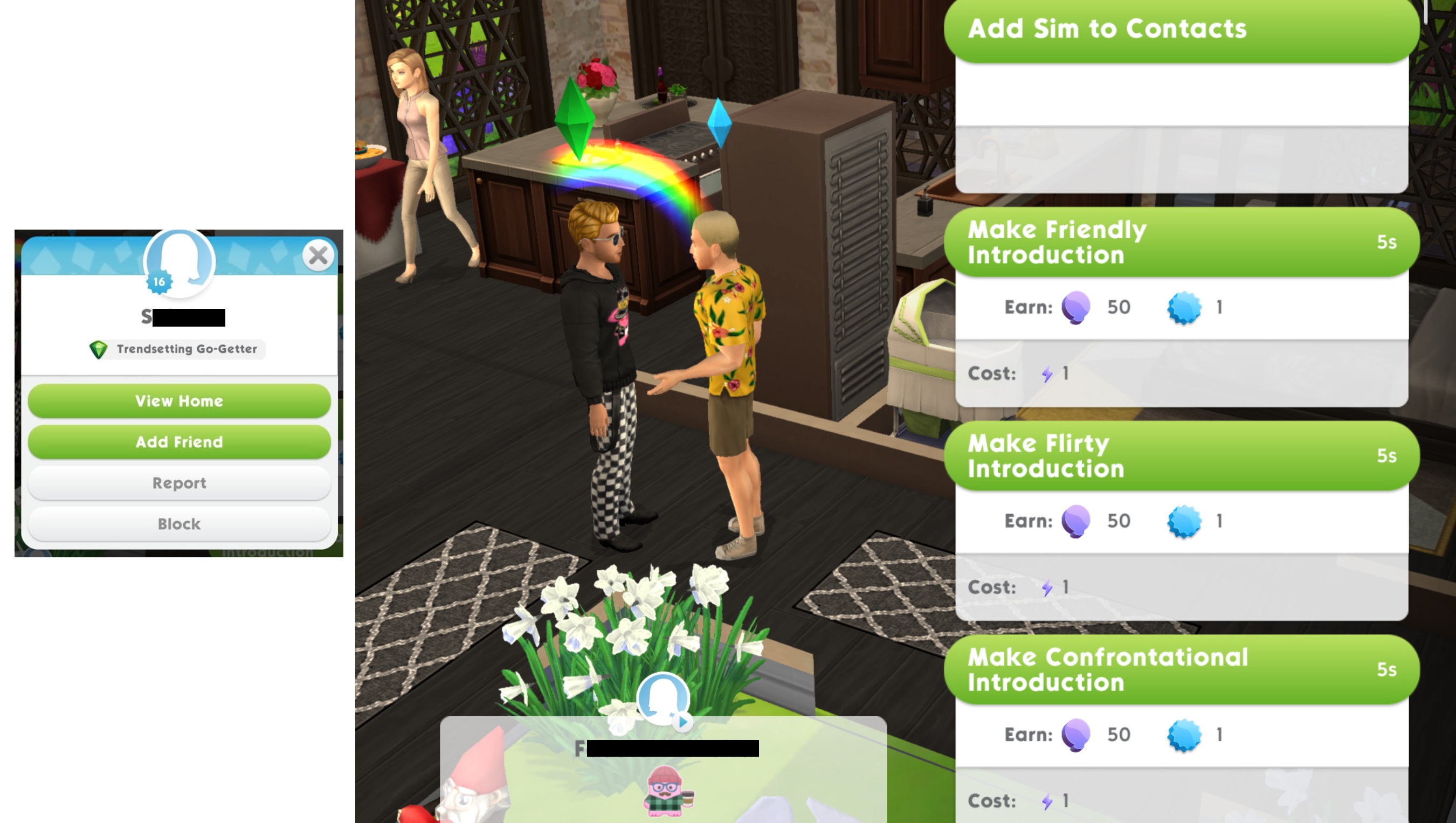 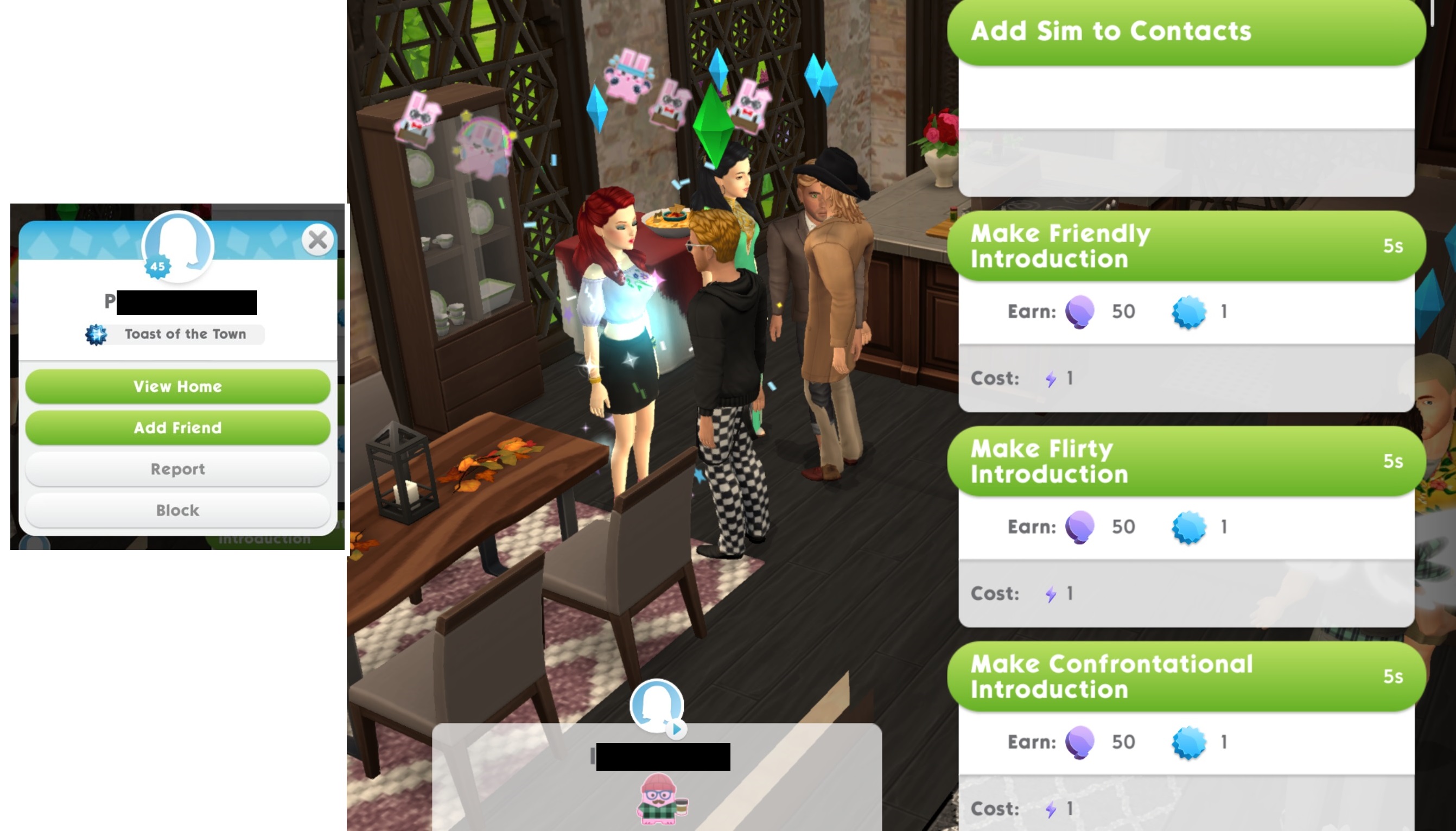 I had a private party, none of those Sims were there. When I saw your message about it, I took this screenshot.

Out of curiosity, were the party crashers also in any of your sims’ contact lists? A couple weeks back I attended a party with several friends: K, M, and T.

Shortly after attending that party I  attended a 2nd party from my friend list. I was surprised to see multiple sims of K and T at that 2nd party, considering their usernames didn’t appear in the chat. I even asked my friends if they attended the party and they said no.

I rationalized this with the fact that K’s and T’s sims are in my contact list and may have somehow been summoned to the party via party actions, like the hot tub. Their sims continued to party on and interact at the party. I haven’t seen this happen since. I was surprised I’ve never seen so many party crashers at a party before, and wasn’t sure I summoned them or not. I just know that they’re all in my sims’ contacts and probably had relationship chapters with them too.

I’m not sure if this is what you’re describing.

I'm not sure they had any party interactions with P's Sim I, or the two other Sims. Perhaps they did and that's what triggering the party crashing.

It happened again today. Time: 10:15 p.m. UTC +2. My Sims attended a party and the Sim own by the party host spawned at my own party.

The player hosting this party is in my friends list but the Sim is not one of my Sims contacts.

This is at their party. 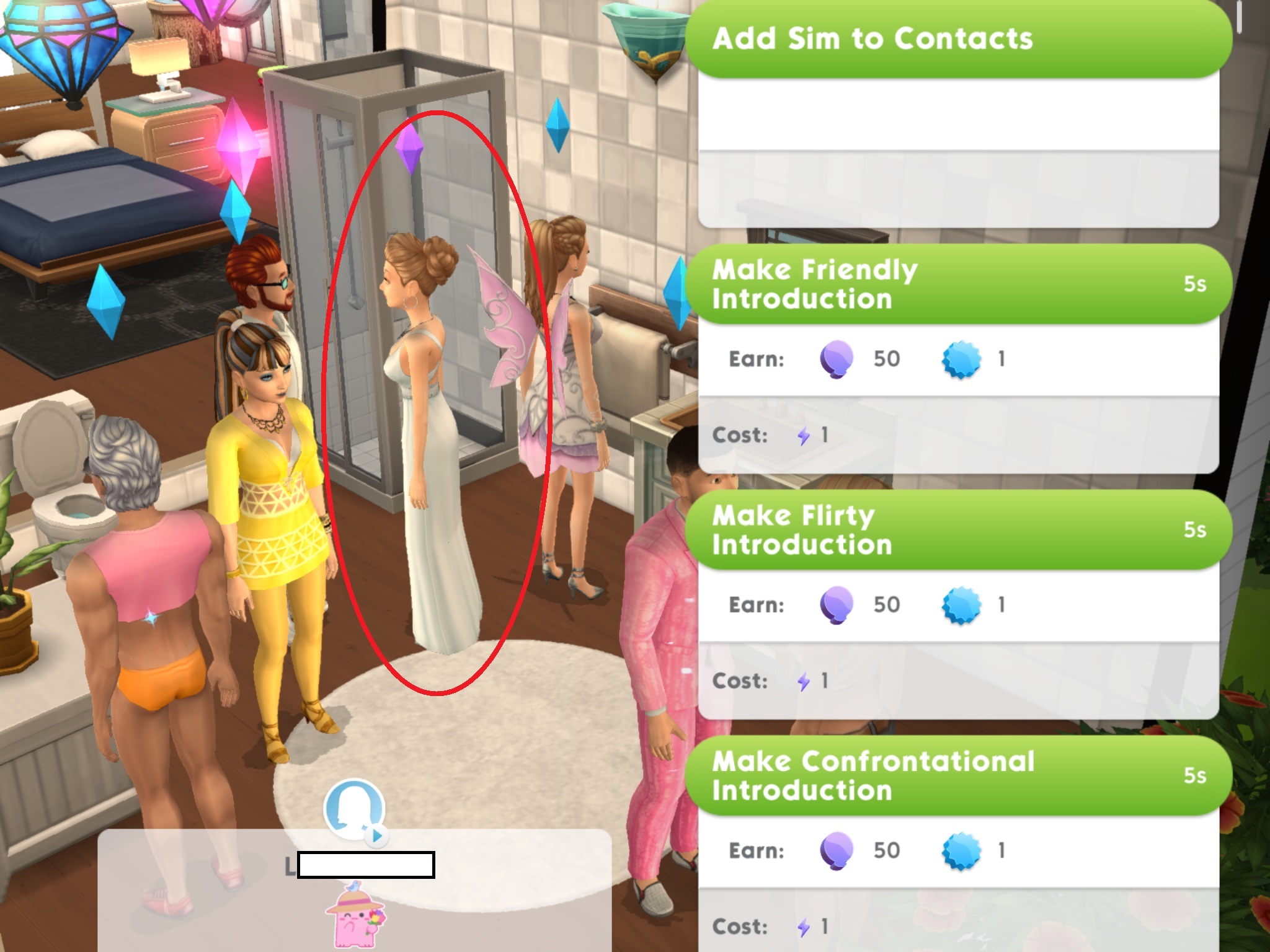 Here she is at my party. 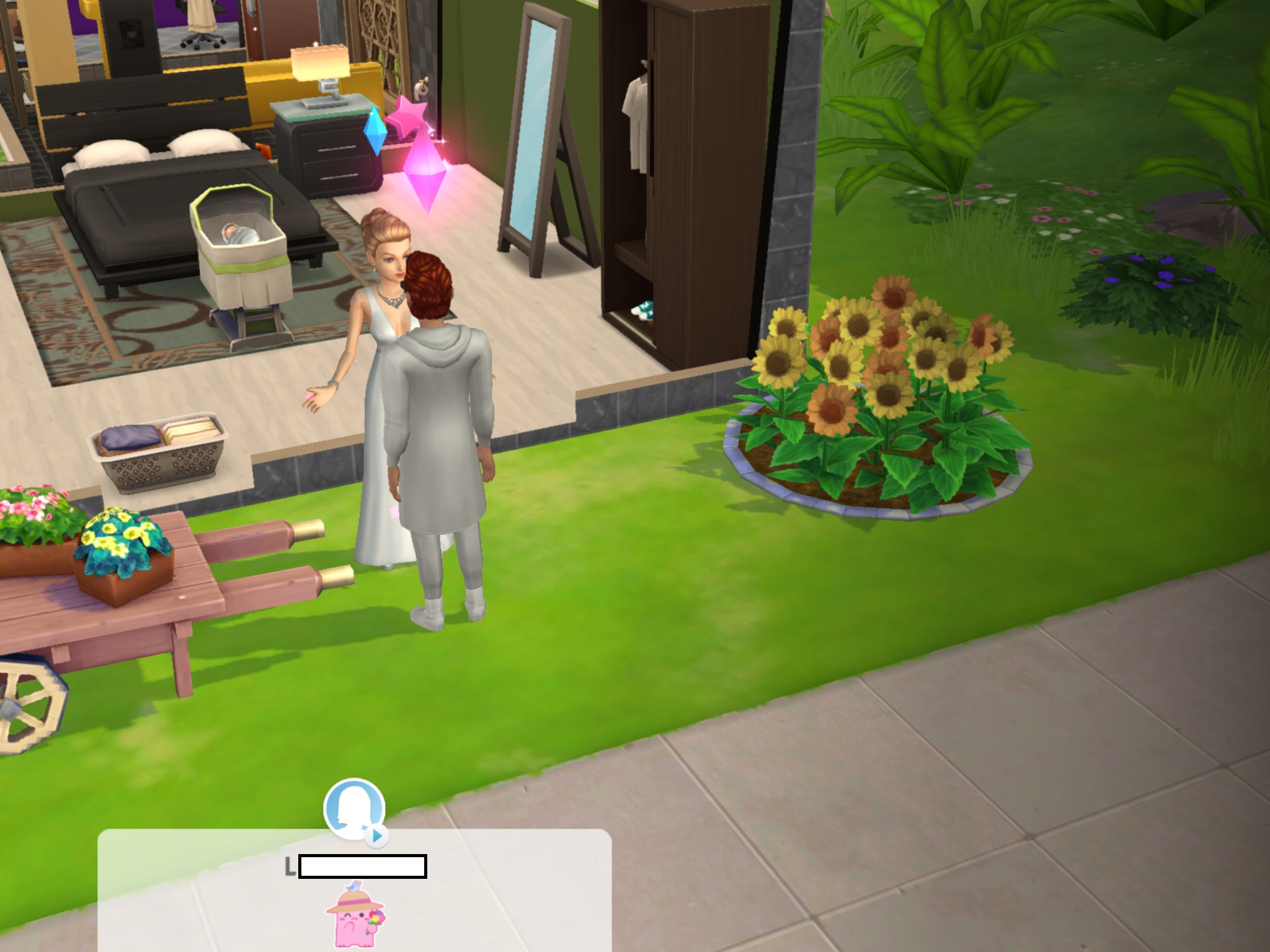 @SalixCat how is this issue doing?