Product: The Sims Mobile
Platform:Apple iPad
List the specific devices you play with (e.g. iPhone 6s Plus, Samsung Galaxy S7) iPad Air, Samsung Note 8
OS Version Newest on both devices.
Player ID: (Find your Player ID in Sims Mobile: https://help.ea.com/help/the-sims/the-sims-mobile/find-your-player-id-in-the-sims-mobile ) I’ll list it later tonight...
How often does the bug occur? Every time (100%)
Steps: How can we find the bug ourselves? Try to get married.
What do you expect to see? No issues...
Connection Type Mobile
Please select your region North America
Country USA
Additional feedback

Asks me to move out a Sim.... both Sims live in my house, were promoted from kids to adults, both are playable, yet the game is asking me to move out a sim to marry my Sims. I have never seen this problem occur before. First screen shot shows that I can’t marry due to a full home, second one shows that these Sims are both playable. Should be no reason for a Sim to move out. I have called customer service before for other purposes and they just tell me to come on here and post on the bug forum, please do not comment telling me to contact them, thank you.

How many other Sims do you have in your house atm? And what is your player ID?


How many other Sims do you have in your house atm? And what is your player ID?

@sparklypickle6 did you miss the reply of SimGuruMaaike? Do you still have this issue?

This is happening whenever we have a full household (8 NPCs + 4 playable Sims).

This was the household in my main account some weeks ago, four playable Sims and eight NPCs.

Lise is engaged both to Aria (playable Sim in the same household) and to Benson, a young NPC who works at the lab in Waterfront.

The game works as expected when I try to get Lise and Benson married. He is an NPC and will move in automatically to the household after the wedding. Therefore it's correct to remove one of the eight NPCs to make room for him.

Other cases described under are bugs. 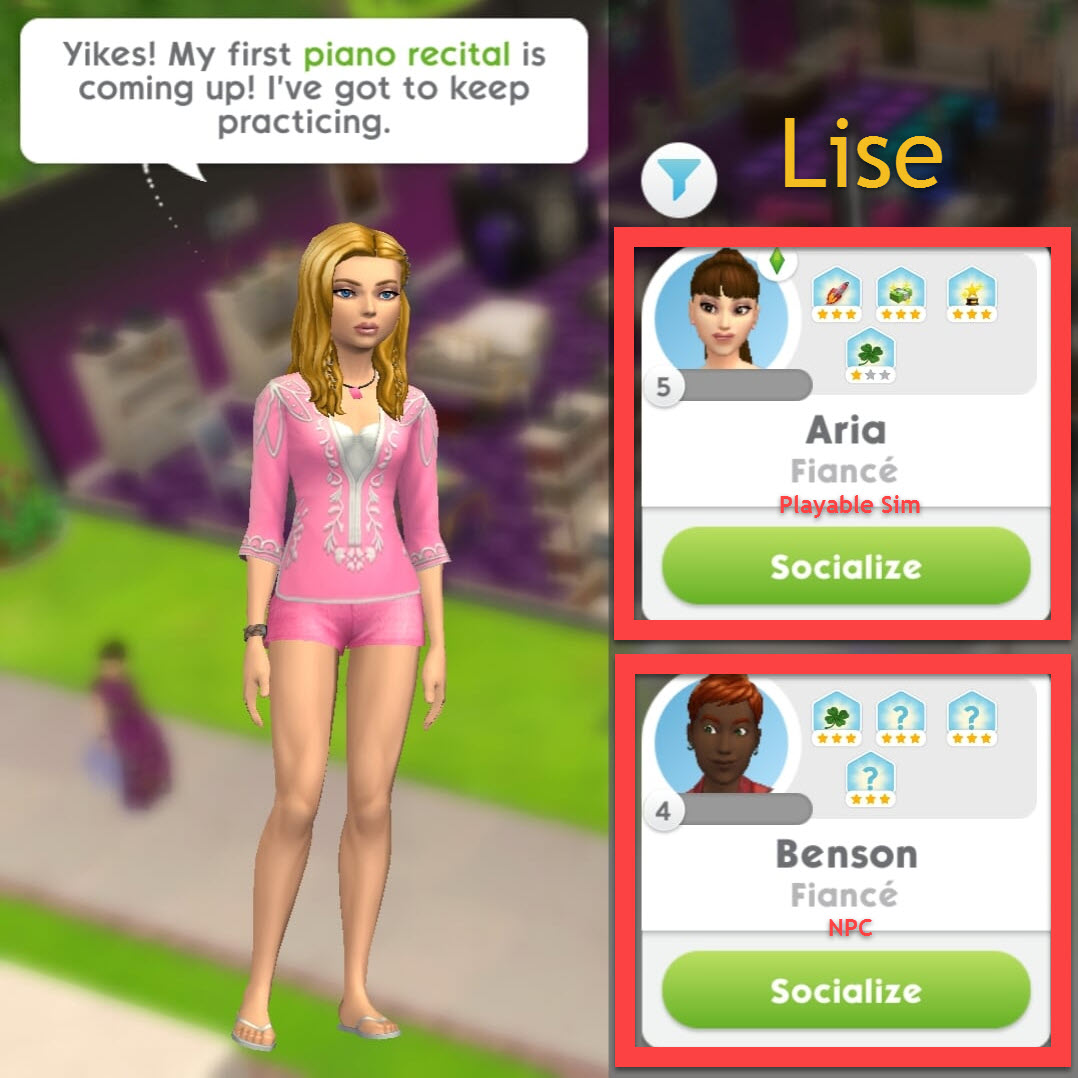 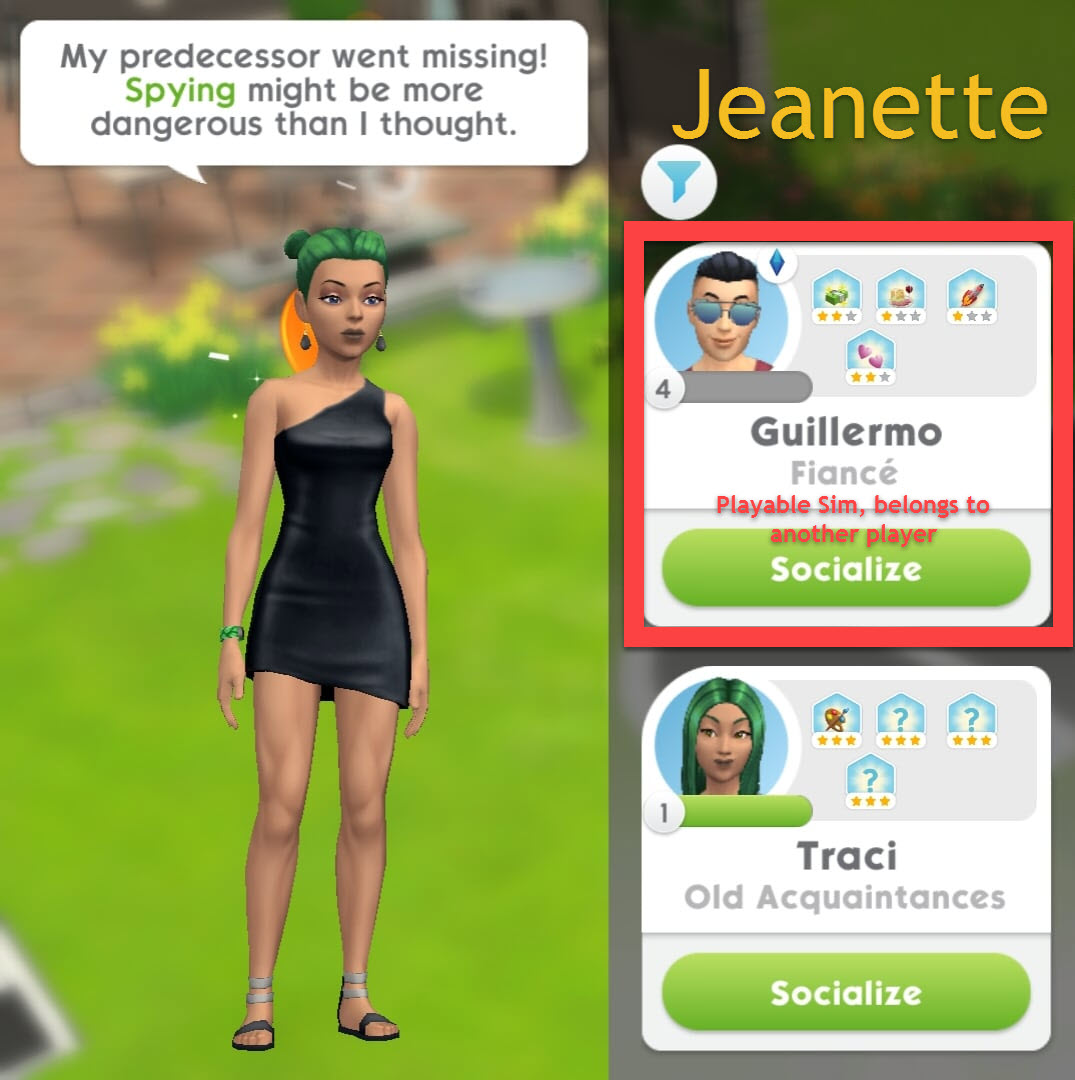 3. Marriage between a playable Sim and a young NPC, both in the same household.

Robert is now an adult NPC and is engaged to Aria.

In order to get Aria and Robert married I had to remove an NPC. Both Sims are already in the same household. They are only getting married. It shouldn't be necessary to remone anyone from the household when they are getting married.

I have now tested the first two variations and the results are still the same. This bug is not fixed. I have four playable Sims and eight NPCs.

1. Marriage between two playable Sims in the same household.

Ragnhild and Denzel are playable Sims and none of them are taking the place of a NPC. This message makes no sense in this situation.

Bug is not moving in automatically to my Sims houshold. She is a playable Sims, not a NPC and a free NPC space is therefore not necessary.

I will test the 3rd case and post results as soon as possible.