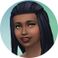 Product: The Sims 4
Platform:Microsoft XBOX One
Which language are you playing the game in? English
How often does the bug occur? Every time (100%)
What is your current game version number? Sp18:1.assets.live-sp18.50
What expansions, game packs, and stuff packs do you have installed? All of it, everything
Steps: How can we find the bug ourselves? I don’t know
What happens when the bug occurs? The game won’t load pass the screen where you chose the house to play, it crashes back to Xbox home
What do you expect to see? A game that fully loads and is playable
Have you installed any customization with the game, e.g. Custom Content or Mods? On console - never used.
Did this issue appear after a specific patch or change you made to your system? Yes
Please describe the patch or change you made. 02/09/22 sims delivery update

The game won’t load pass the screen where you chose the house to play, it crashes back to Xbox home. I’m so tired of the issues…the sims consistently has an issue more than it’s consistently playable. Still waiting on a fix for files getting corrupted and items showing up as shadows that I posted about more than 2 months ago. Smh

@ktkasumu Could you try if it loads when you play offline ?

@crinrict of I’m offline I can’t play, if my internet goes out the game kicks me off and if it’s already out it’ll give me a message that says must be online to play this game. I’m also missing half the delivery, no new robe designs and no new food or face mask. But I have the bonnet/durag. I also went and it says that my game is fully updated. So I don’t know what’s going on anymore

@ktkasumu It sounds similar to this known issue on XBox: https://answers.ea.com/t5/Bug-Reports/XB-Game-will-only-launch-load-offline/td-p/11078110 but as I have no clue about consoles, I wanted to make sure it's the same before merging.

Maybe the game has evolved. Could you read through the last few message to see if it's the same ?

Lol I’m on that thread as well, so it’s not just the Xbox one, it’s the newer series too. Thank you so much for helping me figure that out.

@ktkasumu Hey there, this thread might possibly apply to you too https://answers.ea.com/t5/Technical-Issues-Consoles/Open-XB-Crashing-during-travel-save-the-game-in-...
Good luck.
Message 47 of 51 (317 Views)
Reply
1

@ktkasumu I merged your thread then.

I've got friends new to series S/X who all bought Sims 4. I suggested they might want to hold off purchasing Cottage Living just for now. I said they'd love the pack and I'll happily get it for them as gifts later in the year. So they're kind of a control group. I could be wrong...but so far their games are loading fine and so far no crashing. They also only have between 10 to 20 packs. So either game size, CoL or both could be the common link.

I needed a break from the bugs so I just added 3 new games to my Series S, all with different worlds to load and played all 3 games yesterday over about 5 hours. No issues loading and no crashing. That's the first time I've been able to enjoy the Series S. I've checked today to see if Quick Resume works and it does. QR was one of the advertised selling points of the next gen Xbox series to cut down loading times.

If I'd been on the Sims, I'd have taken several attempts to load, I'd have crashed during gameplay at least once, I'd have crashed on exiting the game and I'd be getting a message about the graphics settings. Quick Resume also very rarely works for Sims 4. (When QR does work, it crashes less).

I'd been looking at yet again getting a different Xbox just to play the Sims 4, but why should I? This console is great!

So for me it's the Sims 4 that's got the problem.

Re: [OPEN] [XB] Game will only launch/load offline

I don’t know if anyone is still monitoring this one, but I’m frequently getting a similar issue on XBox Series S where the game will not load or if it starts to it stops while the plumbob scrolls. This only happens if I have downloaded an SDX drop. Doesn’t matter if I’ve downloaded either manually or automatically. I’ve even tried not allowing my game to restart after downloading and just closing the game and console for the night and returning the next day. Sometimes this works, but most times it does not.

The only fix I have had worn is deleting the reserve files or reinstalling the game, which means the SDX has to download again, and the errors start all over. I’m basically at a point where I’m not downloading the SDX, which means I have to wait for content or fixes and sometimes miss out on timed scenarios. This is an extremely frustrating issue that I feel is getting overlooked mainly because it’s happening only to a certain section of console users. (And console users feel like they’re left behind on fixes to begin with, so that adds to the frustration.) SDX is just not working properly  at all for XBox users, especially Series S.