[OPEN] Walls are Missing In Movers & Shakers (in Willow Creek )

Product: The Sims 4
Platform:PC
Which language are you playing the game in? English
How often does the bug occur? Often (50% - 99%)
What is your current game version number? Most Recent as of 1.17.20
What expansions, game packs, and stuff packs do you have installed? All except spooky stuff and luxury party stuff
Steps: How can we find the bug ourselves? Go to a lot with pre-built walls. Portions of the walls will be missing.
What happens when the bug occurs? Walls are missing that should be there. Ex: Movers and Shakers lot has no walls around shower and toilets. Causes a lot of embarrassment.
What do you expect to see? Walls where they have been put.
Have you installed any customization with the game, e.g. Custom Content or Mods? Yes
Did this issue appear after a specific patch or change you made to your system? Yes
Please describe the patch or change you made. Most recent patch prior to 1.17.20

Small portions of walls are missing when clicking on the lot. Ex: Movers and Shakers bathroom and showers are completely open instead of the closed off area they should have. Lots with pre-built walls missing.

@RhuRoot This is a known issue for the movers and shakers lot (merged your post).

Do you see it on any other lots ?

What expansions, game packs, and stuff packs do you have installed? Seasons, Cats and Dogs, City Living, Get Together, Get to Work, Realm of Magic, Parenthood, Vampires, Holiday Celebration Pack, Grim's Ghoulish Guitar

What happens when the bug occurs? Most of the wall separating the locker room from the bathrooms is invisible. I won't say missing or absent; see below.

What do you expect to see? A complete wall between the locker room and the attached bathrooms.

Have you installed any customization with the game, e.g. Custom Content or Mods? No

Did this issue appear after a specific patch or change you made to your system? No

While most of my saves have never had mods, I also experience the issue while playing the game with mods.

I found what I feel is evidence that the invisible walls are still present in some form, as sims will never walk through them (not tested with ghosts). The invisible walls also host three perfectly functional doors; doors generally can't exist without attaching to a wall or fence. If you remove said doors, sims can no longer find a path in or out of the bathrooms. Sims would be able to walk through the gaps if the walls were truly missing.

In Build Mode, you cannot place new walls where the invisible walls are. However, the invisible walls can't be selected for editing - removing, changing to half wall, etc. - and they cannot be targeted with the Sledgehammer tool (my attempts all resulted in accidentally deleting the floor).

Upon fixing the walls with the workaround posted by Cangwen1990 (with thanks to them), I noticed that I could not use the sledgehammer tool on the walls restored by this method. Attempts to do this resulted in an error message: "Invalid facet." If I immediately tried again on the same spot, a different error message would occur: "Nothing to delete." (edit: I forgot to execute Cangwen1990's final step, which was to use the Room tool to re-wall each bathroom, however I still find this behavior interesting.)

What if the default Willow Creek Movers & Shakers uses a very old wall or wall pattern in some sections that is no longer fully supported by the game, making the wall pieces into invisible objects of some kind? My guess as to why this sort of thing could happen is between the bizarre properties of these wall sections and the age of the build. Being some other object type would also explain why sims can see through them but not walk through them.

Late Edit: This issue also occured for me when I switched to Legacy Edition (the version number should be current, but I forgot to check).

Hi @crinrict , obviously I'm not RhuRoot and I don't have access to their game. However, I had a lot of unexpected free time today and thought I would take a crack at your question in my own game, in case it ends up being useful.

Configuration: My game setup for this test is identical to my post above.

Method: I started a new game, randomized a sim, and moved him to a cheap house in Oasis Springs. I visited normal lots via Manage Worlds > Build. I visited Get to Work job lots by joining those jobs with my sim. I visited secret lots by traveling normally with my sim.

I ignored default lots with no walls, half walls, or fences, such as some secret lots and all of Newcrest. I ignored 'missing' wall-parts that seemed intentional. Because 'seeming intentional' is subjective, I will provide two simple examples of my judgements.

One: Springscape in Oasis Springs has a 'missing' wall part at the kitchen entrance, but I felt this was intended to replace a door (a common idea in default Oasis Springs).

Two: The Old Salt House in San Myshuno has scattered wall parts on one side of the dining room, but I felt this was intended as part of an open floor plan.

Conclusion: I looked and I looked, but I just couldn't find any missing or misbehaving walls, half walls, or fences on the available lots, outside of the default Movers & Shakers lot in Willow Creek. Any time I saw a missing wall, it looked like a deliberate (and usually positive) design choice to me. The worst thing I found was a single wall part that was incorrectly painted the same on both sides, and I wasn't interested in that.

So for me, the default Movers & Shakers lot is the only one with these bizarre, misbehaving walls. That's a wonderful result! I'm very happy and I hope this response helps you in some way.

Attached .txt file contains a list of the lots I checked.

(Edit: I suppose I could have conveyed all this by just saying "I just started a new game with my current DLC configuration and manually checked every default lot  that has walls. For me the answer is: No, no other lots have this issue."  Some days I am a fountain of words. Sorry!)

@sasuxnaruxsaku I still have the problem with my game too. I guess they never bothered to fix it.
Message 25 of 36 (571 Views)
Reply
1

Also just noticed it’s missing a treadmill when there should be 2? Or it was it 3 originally? 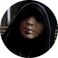 It seems like sometimes there are small changes to the maps that mess with interiors after som patches.. I've gone to place a room from my library ina bulldozed apartment (I just did this in a new game) and had to move a wall because the windows were no longer aligned the same. After the changes to the envronment scores in one of the patches the Caliente house lost evnoronment score in some rooms. I've had some houses in my library break and others are fine. All seems related to me.

I find drinking a lot of coffee helps. That's what I tell myself.. 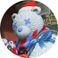 This is the default setting for that gym locker room. I have noticed it in every game file I have played since Dec 2018. The solution is to go into build mode grab the existing part of the wall and drag it across all the bathroom stalls creating a full wall. You won't see it right away it will actually look like it didn't work, but if you leave the lot and then come back the wall will be there. I find it best to do this in manage worlds mode.

I've had this in multiple games, including back a year ago when I only had base game. I've fixed it by bulldozing the lot and building my own gym - there didn't seem to be any other way to resolve it.