Product: The Sims 4
Platform:PC
Which language are you playing the game in? English
How often does the bug occur? Every time (100%)
What is your current game version number? 1.68.156.1020
What expansions, game packs, and stuff packs do you have installed? Get To Work, Get Together, City Living, Cats and Dogs, Seasons, Get Famous, Island Living, Discover University, Eco Lifestyle Outdoor Retreat, Spa Day, Dine Out, Vampires, Parenthood, Jungle Adventure, StrangerVille, Realm of Magic, Star Wars, Journey to Batuu Luxury Stuff Pack, Perfect Patio Stuff Pack, Spooky Stuff Pack, Movie Hangout Stuff Pack, Backyard Stuff Pack, Vintage Glamour Stuff, Bowling Night Stuff Pack, Fitness Stuff Pack, Laundry Day Stuff Pack, My First Pet Stuff Pack, Tiny Living Stuff Pack
Steps: How can we find the bug ourselves? Play with Vampires and try to use items and try to interact with them. You must have "ALWAYS FLY AS BAT" on to experience this bug
What happens when the bug occurs? You select something...for example, the crib a baby is in. The vampire, using ALWAYS FLY AS BAT always ends up faced the wrong way when they fly to use the object. They are backwards, then they have to re-fly autonomously again to face the correct way. Then usually the vampire sim tends to cancel out of the interaction.
What do you expect to see? I expect to have my vampire fly to location to face the object there going to use, instead of re-adjusting whenever you fly to a object to use. This happens on every object.
Have you installed any customization with the game, e.g. Custom Content or Mods? Never used.
Did this issue appear after a specific patch or change you made to your system? Yes
Please describe the patch or change you made. This appeared after patch for PC version 1.68.156.1020

Apparently, Vampire's "ALWAYS FLY AS BAT" to move to interact is broken. When you click on any object, the vampire sim flies there, but is always facing backwards or the wrong way. Then the vampire flies again to re-adjusts themself to face the object. By this time, they usually tend to self-cancel out of the interaction, so this forces the player to re-click on said object and try again. This is a waste of time for the player, and it is clearly a bug. This also wastes extra energy for Vampire sims since they have to move TWICE when they fly to use any objects. This also includes the newer objects like found in Eco Lifestyles like the fabricator and the recycler. I even experienced this issue when i tell them to throw the trash out to the bin on the front lawn. They tend to fly there with the trash, then dump it on the ground since they are facing wrong way, and self-cancel the interaction and throw it on the ground.

I also tested this with the lot trait RECYCLE AND REUSE. They don't even dump out the trash when it gets full. There supposed to go off screen when they do this, but they instead dump the trash on the ground and self-cancel the interaction.

NOTE: Another vampire bug that could be related to this issue was posted on here too, but about mist forms.

@exome5135oh yea, i just posted about this happening when you fly as bat too..looks like there both broken now. Here is my issue with link. Guess the mist form according to this above post is also broken:

If there is a moderator on here, you might want to combine our bugs since there both effecting both always fly as bat and mist form of vampires. Looks like the last update broke the special movements of using a vampire for some reason. Both the mist form movement and always fly as bat appear to be broken. The fast moving is not broken though..it works fine. 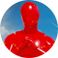 I think I got this bug too. The vampires who can turn into a bat do that repeatedly, often many times in a row, to a point where it is impossible to have a conversation with them because they keep turning into bat form every few seconds. As said by the OP they keep appearing and reappearing. At this point I have to disable the usage of the bat form (or remove the trait via cheats entirely). One evening I had three vampires in the house, my own and two others and they all kept turning into bats constantly. The situation was entirely unplayable.

My game version is 1.68.156.1020. I don't own Snowy Escape. The problem existed before the 18th November hotfix. How long though I don't know since this is somewhat the first time in many month I play with vampires.

@dimon6579 Think we can treat those as one issue as it's almost always both movements affected for a bug.

Do you also have this for spellcasters and brooms though ? T

Product: The Sims 4
Platform:Sony Playstation 4
Which language are you playing the game in? English
How often does the bug occur? Every time (100%)
What is your current game version number? the most recent (1.34)
What expansions, game packs, and stuff packs do you have installed? I have all packs installed but Eco, Knitting, Baatu, First Pet, Snowy Escape.
Steps: How can we find the bug ourselves? Have a Vampire 'always move as mist form' and give them a command to do anything.
What happens when the bug occurs? All my vampires with the perk pop in and out of mist form repeatedly when I give them a command, even when they don't have to leave the room to accomplish it. They have also been reappearing backwards.
What do you expect to see? My vampire using mist form to travel to a different location when and where I tell them to go.
Have you installed any customization with the game, e.g. Custom Content or Mods? On console - never used.
Did this issue appear after a specific patch or change you made to your system? Yes
Please describe the patch or change you made. After the 1.33 patch, pre-Snowy Escape

Playing with two different vampire households in two different worlds (Forgotten Hollow and Del Sol Valley) on two different game saves, the vampires with mist form refuse to do anything without turning into mist first, then reappearing backwards.

I told my vampire to harvest his garden and he wanted to 'mist form' between every pot and planter's box, before reappearing with his back to the plants.  I had to turn off 'always move as mist' for him to ever finish.

In my other household, I told my vamp to sell the painting he was standing next to and he had to 'mist form' first. When I tell him to talk with his spouse or child, he does the same thing.

I have turned off the 'always move as mist' for my sims, but it's disappointing and a waste of six vampire points.

This bug did appear after the 1.33 patch but my game was crashing so badly at the time I couldn't test it on multiple sims.

@crinrictI don't have any spellcasters in my game. I can make a new family and use one of them as spellcaster though..or use a premade sim that is already a spellcaster in that one neighborhood. Let me test it out and ill get back to you.

Also, im pretty positive the  vampire bugs are the one and same, as you posted above. Since i posted about the same time as the other person did, i did not realize they posted about it first, but im guessing the more info you have about this bug, the more helpful it will be to EA to fix it.

ALSO MODERATORS: I found another vampire post about the same issue. Can you combine the post with this one please? Thank you. Here is the link to the other vampire bug post:

@nfinitdarkSounds like the same vampire bug i have, but i don't have all the expansion packs you do. This confirms it is probably a base game bug.

@Naodyr I have the exact same thing happening. It's very annoying and makes vampires unenjoyable.
Message 9 of 65 (5,544 Views)
Reply
1

I have seen this happening on PS4 also. Vlad came to visit, and just kept mist forming while trying to hold a conversation with my sim. He was unsuccessful.