Product: The Sims 4
Platform:PC
Which language are you playing the game in? English
How often does the bug occur? Often (50% - 99%)
What is your current game version number? 1.68.156.1020
What expansions, game packs, and stuff packs do you have installed? All except Journey to Batuu
Steps: How can we find the bug ourselves? Check names of newly spawned townies
What happens when the bug occurs? The names are all Asian styled
What do you expect to see? A diverse set of names for npcs
Have you installed any customization with the game, e.g. Custom Content or Mods? Yes
Did this issue appear after a specific patch or change you made to your system? Yes
Please describe the patch or change you made. The newest patch was installed as well as snowy escape

Is it normal for most of the townies to spawn with Asian styled names? I've only noticed this since installing snowy escape. I am playing with an old save since early 2020 and I have just sent one of my sims to university and it seems all of her roommates and townies all have Asian styled names. Is this because of snowy escape being installed?

@justinejeanetta I too am having this, well, I wouldn’t say issue, but this is happening to me too. I like that they’re adding some culture but now it seems like every single Sim I encounter?
Message 2 of 23 (6,543 Views)
Reply
9

I love ethnic names being mixed into the game, but the random townies being spawned almost all tend to have Japanese names. Babies born or names randomized share the full name pool, only generated sims have the Japanese names constantly.

I like the Asian names being present, but yeah, as with most things in Sims 4 it becomes an issue. For a while it was the Indian names for me. Nearly every townie spawned with that style of name. Now, way too many are spawning with Japanese names. Again, I like seeing them in here, but 4 in every 5 abhorrent looking townie need not have a Japanese name. Especially when they look like a white woman in a hijab. Please, settle down with all this. And take that eyeball ring off!

All townies have cool skin tones and asian names

Product: The Sims 4
Platform:PC
Which language are you playing the game in? English
How often does the bug occur? Often (50% - 99%)
What is your current game version number? Up to date
What expansions, game packs, and stuff packs do you have installed? All expansions except eco lifestyle, all game packs except vampires and outdoor retreat, No paranormal stuff, my first pet stuff, cool kitchen stuff, spooky stuff, or perfect patio.
Steps: How can we find the bug ourselves? Simply by having townies randomly spawn
What happens when the bug occurs? I wouldn’t necessarily call this an ‘issue’, but an odd occurrence due to the large quantity. Almost, if not all of the townies that spawn have purple or blue tinted cool skin tones, as well as asian names. While I have no problem with some, there’s too many to the point that it can’t just be a simple thing as opposed to just a bug. As stated previously, I have nothing against people with skin tones nor asian names, it just *all* the sims are like that.
What do you expect to see? More diversity in terms of names and skin tones in townies.
Have you installed any customization with the game, e.g. Custom Content or Mods? Yes
Did this issue appear after a specific patch or change you made to your system? No

This is also happening on PS5. All new townies have Japanese style names since the SE update, and since the skin update they all use the cool, light skin tones.

Do you have city living? I think the game is supposed to spawn townies with asian names for San Myshuno but something has gone wrong here and it seems like 70-80% of townies are city living asian sims. The game seems to very rarely spawn any other type of sims. 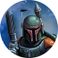 With City living all townies spawned had Indian names, with Island living they all had pacific islander names. After snowy escape there are no more townies with basegame/Indian/pacific islander names. Instead they’re all japanese. Sims with japanese names, blond hair and blueish/purple (new cool skin tones) skin.

Re: [OPEN] Townies in worlds spawn with Asian names

I’ve been having the same issue since the release of Snowy Escape. While I’m a huge fan of the culture of Asia, having all the newly generated townies have exclusively Asian names breaks the immersion and diversity. I hope The Sims team considers updating the list of names so that the randomly generated townies have names that aren’t related to just one expansion pack.

There’s a mod by simmytime called

No/Less CL/IL/SE NPC names, and it does fix the issue. The mod can be found at Mod The Sims. (My apologies - links are not permitted here)

Product: The Sims 4
Platform:PC
Which language are you playing the game in? English
How often does the bug occur? Every time (100%)
What is your current game version number? 1.72.28.1030
What expansions, game packs, and stuff packs do you have installed? All expansions; all game packs except batuu, outdoor retreat and strangerville; stuff packs I own are tiny living, nifty knitting, movie hangout stuff, vintage glamour, perfect patio, kids room, laundry day
Steps: How can we find the bug ourselves? Play with the game and see which townies generate. This is particularly apparent in university dorms, but you can see this at most non-residential locations.
What happens when the bug occurs? No black, middle eastern/east Asian or white sims generate, majority of sims encountered in worlds are Japanese names. This used to be mostly pacific islander names before snowy escape and for a while a lot of Latinx names after Jungle Adventure. Maxis made Sims appear in all worlds and don't appear in the hangouts of their actual world/neighbourhood where you would expect to see them.
What do you expect to see? Ethnic diversity similar to real life. Island Living should have mostly pacific names, Snowy Escape mostly Japanese, city living a large variety, Windenburg and Britechester mostly European and the other American worlds representative of typical US populations. It doesn't make sense that a British university town would be populated entirely by Japanese people and this is immersion breaking. I also find the lack of black sims in worlds like willow creek which has a new orleans aesthetic to be bordering on offensive. I would also like to see townies stick to the worlds they are generated from, Judith Ward, Bella Goth and Nancy Landgraab need to stay in their worlds as opposed to their constant mountain climbing adventures.
Have you installed any customization with the game, e.g. Custom Content or Mods? Not now. I've removed them.
Did this issue appear after a specific patch or change you made to your system? Yes
Please describe the patch or change you made. After downloading island living and snowy escape, as well as city living and jungle adventure to a lesser extent

Screenshot shows names of roommates generated when my sim (Bea Brilliant) enrolled in university. Screenshot does not show names of townies at student commons/other locations in different worlds as this would be difficult to display.