[OPEN] Strange Shadow beneath one side of Door/Archway

[OPEN] Strange Shadow beneath one side of Door/Archway

Product: The Sims 4
Platform:PC
Which language are you playing the game in? English
How often does the bug occur? Every time (100%)
What expansions, game packs, and stuff packs do you have installed? All
Steps: How can we find the bug ourselves? Draw a room, add a ceiling light, and place a door that has some windows to the exterior. Advance time of day to night and look at area outside directly underneath the door. Alternatively, draw a second room that connects to the first room and place the door there. Either way you have constructed it, you can now use the > key to change the door's orientation. Experiment with changing the orientation and observe the results.
What happens when the bug occurs? On one orientation, there will be a long, linear shadow beneath the door and extending to either side for a good distance beyond. When you switch the orientation, the shadow will no longer be present. Note that while you might see a slight deviation along the floor in which the light source is present, it is very difficult to notice anything in that room. You will see this issue only from the exterior or other non-lit room.
What do you expect to see? I would expect to see no linear shadow like this, or at least not a shadow that stretches beyond the door the way this one does.
Have you installed any customization with the game, e.g. Custom Content or Mods? Never used.
Did this issue appear after a specific patch or change you made to your system? No

Here is an image of the shadow as seen from the exterior: 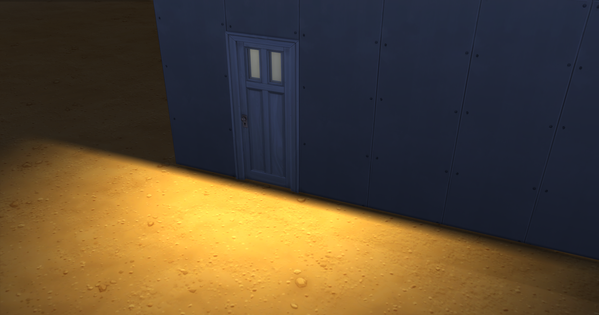 And now, with the door orientation changed, it's gone: 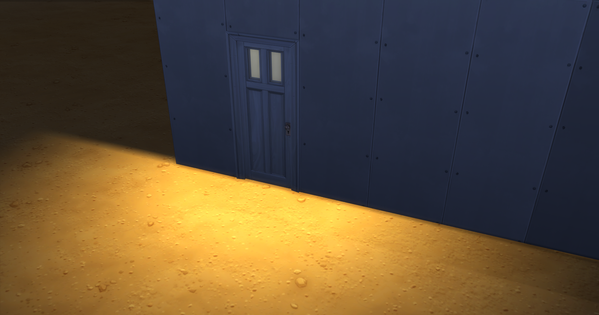 Same issue in the interior: 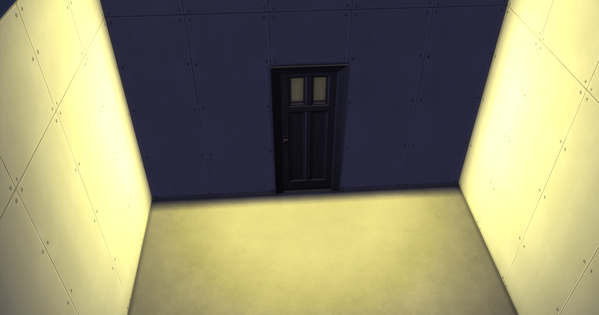 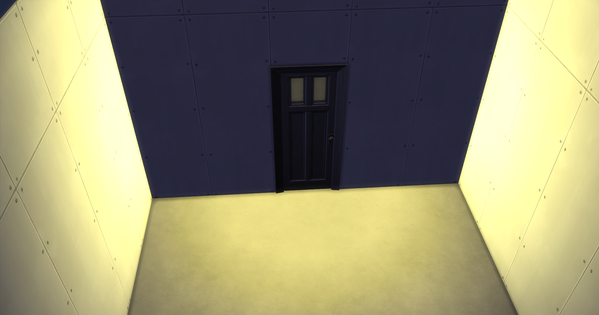