@BubbleBeth02 The sketchpad is currently bugged, which will affect any career that uses it. I've merged your post into the bug report for this issue. Please click the "Me Too" button at the bottom of the first post on the first page of the thread.

Besides the crash of the game, even though the freelance now completes the tasks and you earn the money, the painting is still not working... The sim will start drawing something in the tablet but before they finish, the action cancel itself and the tablet shows up on the floor. 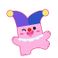 I am also having this issue. I removed my sims 4 file and had the game create new ones, did a repair and tried it on a random sim, and got the same result. I noticed this started after the latest patch on 11/10/2020. This is the only problem that has cropped up I am happy to say.  I did click the "me too" button already.

Product: The Sims 4
Platform:PC
Which language are you playing the game in? English
How often does the bug occur? Every time (100%)
What is your current game version number? Latest
What expansions, game packs, and stuff packs do you have installed? Everything
Steps: How can we find the bug ourselves? Use digital sketchpad with freelancer digital artist career - creating app icons
What happens when the bug occurs? When you create app icons for the client, just before sim finishes their task it glitches and won't let them complete the task and acts as if a sim has been reset.
What do you expect to see? Working careers for freelancer - sim completes the task to earn progess towards the gig they've selected.
Have you installed any customization with the game, e.g. Custom Content or Mods? Never used.
Did this issue appear after a specific patch or change you made to your system? Yes
Please describe the patch or change you made. Installed Snowy Escapes

Sim under Freelancer - Digital Artist career keeps 'resetting' when they are completing a task on the digital sketchpad.

How To Find (as I'm not allowed to link)

- Google ModTheSims
- If you don't have an account there, you'll need one to download. It's free
- Search for: Digitalistic Sketchpad Fix

When a sim is about to finish a painting it not only loses money ( that is stupid btw ) but the action is cancelled before the progress bar finishes, the pad warps to the feet of it's owner and you lose the painting as well.

Product: The Sims 4
Platform:PC
Which language are you playing the game in? Svenska
How often does the bug occur? Every time (100%)
What is your current game version number? 1.68.154.1020
What expansions, game packs, and stuff packs do you have installed? Get to work, City living, Cats and dogs, Seasons, Get together, Spa Day, Dine out, Vampires, Jungle adventure, Perfect patio, Spooky, Luxury party and the free christmas pack.
Steps: How can we find the bug ourselves? 1. Move in sim to a lot. 2. Buy the drawingpad or whatever it is called 3. Make sim use the drawingpad. For example painting an surrealistic painting 4. Watch the sim
What happens when the bug occurs? In conclusion the bug makes it so that the sim can't complete an painting/an action when it uses the drawingpad.
What do you expect to see? I expect to see that the actions the sim can to using the drawingpad works as it has done before and that you get the painting the sim made.
Have you installed any customization with the game, e.g. Custom Content or Mods? Not now. I've removed them.
Did this issue appear after a specific patch or change you made to your system? Neutral/Not Sure

When my sim uses the drawingpad it debugs just before the actions is completed. This makes the sim, for a split second, stand in the default pose before turning back to normal. The drawingpad at the same moment teleports to the floor. When I looked at my sims hand the pen was stuck to the sims wrist. The painting that my sim was drawing did not appear in its inventory afterwards. At first I used CTRL + SHIFT + C and tried to reset the sim and the drawing pad, but it did not work. I also tried restarting the game, but the same bug happened again.

Can't complete anything on the Digital Sketchpad - after snowy escapes

HI, I understand there are a lot of issues people are experiencing at the moment, however I have started to lay my game after installing snowy escape and deactivated the sound as suggested to prevent lock ups (which were happening).

However it seems that my sim can't use the digital sketchpad, by this I mean it charges me to start and goes through the process but then just before the end of the animation my sim puts it on the floor with the screen still operating. I seem to remember this happening before but can't find anything on the forum about it.

I have tried repairing the game before I disabled the sound. Any suggestions?

BTW I've never used mods or cc and have all the packs installed on pc & play via origin.

Re: Can't complete anything on the Digital Sketchpad - after snowy escapes

I am also having this issue. I started a new Sim on a residential lot in the new world. Gave them the Freelancer Artist Career, and they cannot complete any actions on the Digital Sketchpad. The action (drawing a portrait in this case for a freelancer gig) cancels itself just at the end of it's cycle, and the Sims pops out of place (resets nearby) and the digital sketchpad also resets to a location near the Sim, on the floor.

I was using LittleMsSam's mods, and removed all of them. I also started an unmodded playthrough from scratch to double test and the issue resurfaced.

As a side note, I'm seeing other actions cancel themselves in the same manner, and have run into this issue with the yoga mat as well.

Re: Can't complete anything on the Digital Sketchpad - after snowy escapes

@ScribblesAngel Merged you post with the bug report on this