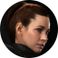 Product: The Sims 4
Platform:PC
Which language are you playing the game in? English
How often does the bug occur? Every time (100%)
What is your current game version number? 1.68.154.1020
What expansions, game packs, and stuff packs do you have installed? Expansions: Snowy Escape, Eco Lifestyle, Discover University, Island Living, Get Famous, Seasons, Cats and Dogs, City Living, Get Together, Get to Work Game Packs: Realm of Magic, Jungle Adventure, Parenthood, Dine Out, Spa Day, Outdoor Retreat Stuff Packs: Tiny Living, Laundry Day, Toddler Stuff, Bowling Night, Backyard Stuff, Movie Hangout, Spooky Stuff, Cool Kitchen
Steps: How can we find the bug ourselves? Have damaged climbing gear and try to repair it.
What happens when the bug occurs? The climbing gear continues to be broken or damaged dispite numerous attempts at repair.
What do you expect to see? Improved quality of gear (ex. from "Broken" to "Good")
Have you installed any customization with the game, e.g. Custom Content or Mods? Never used.
Did this issue appear after a specific patch or change you made to your system? Neutral/Not Sure

Purchased climbing gear from a computer - it was "Great" quality. Used it to practice climbing for several hours. Tried both repairing at "Poor" quality and at "Broken" several times in the course of 3 sim days (due to cool down period), but no improvement to gear.

I can duplicate this on PS4. Repairing gear never improves the condition of the gear.

Mine also have another problem: after repairing broken gear, both equipping and repairing choices grey out. All i can do is throwing away current gear and buying a new pair on computer...

@JuliaChang93 What's the quality of your gear ?

@JuliaChang93 That's probably why you can't use them anymore. How high is your Sims handiness skill ? Maybe he broke it when fixing ?

and i added a picture to show the instructions game gave me:

@JuliaChang93 what does it say on the repair option when you hover over that ?

@crinrict just after repairing it, as you can see at the top of this picture:

ps: i will try waiting for awhile and repair it again (if it wont be greyed out), hope this will help - but i dont think it will since repairing didnt work :/

I'm also experiencing this. I've tried repairing it three or four times. Each time, the quality either stayed the same or degraded, and each time the notification implies that the repair was successful. I'm level 4 rock climbing and handiness.