Product: The Sims 4
Platform:PC
Which language are you playing the game in? Deutsch
How often does the bug occur? Every time (100%)
What is your current game version number? n/a
What expansions, game packs, and stuff packs do you have installed? All of them
Steps: How can we find the bug ourselves? start Scout Career and attending the meetings
What happens when the bug occurs? Scouts Meeting starts at 2 pm and my kid is on its way ( like attending school) and the Scouts interface will say "too late for meeting" but it's just 2 pm and not 3 pm or later. The kid can't be late because its still on time. Later this will effect my rating for the scouts career negatively.
What do you expect to see? Scout should go to meeting without getting the "too late" warning popping up just after the beginning.
Have you installed any customization with the game, e.g. Custom Content or Mods? Not now. I've removed them.
Did this issue appear after a specific patch or change you made to your system? Neutral/Not Sure 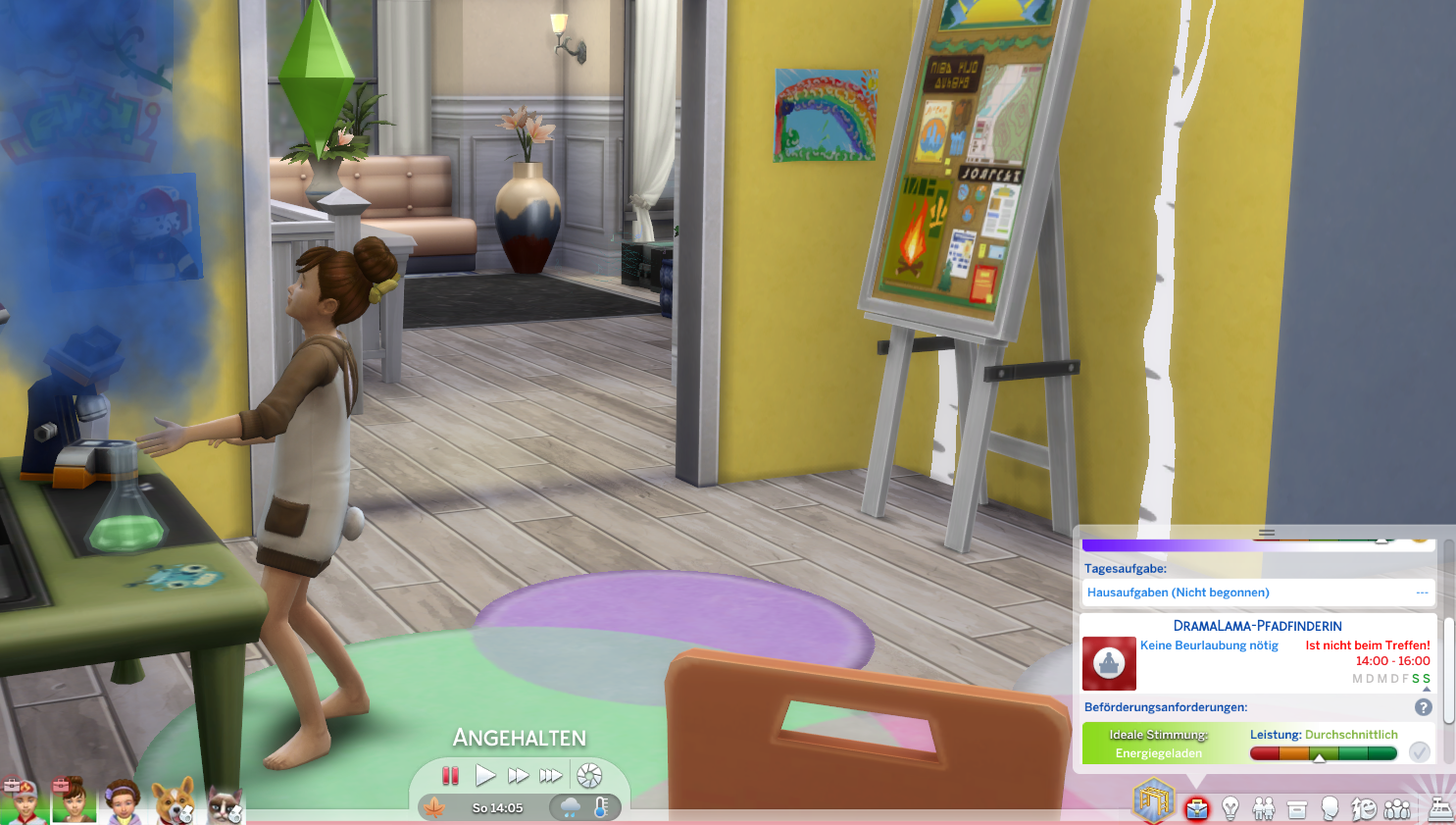 Re: [OPEN] [S] Scout Career - too late for meeting

Re: [OPEN] [S] Scout Career - too late for meeting

I'm having this bug, too. Just wanted to add that it also affects the sims' responsibility negatively.

I still have this bug too and it's so frustrating when you're trying so hard to make your sims do everything on time and raise their responsibility... I hope EA will fix this soon...