Product: The Sims 4
Platform:PC
Which language are you playing the game in? English
How often does the bug occur? Often (50% - 99%)
What expansions, game packs, and stuff packs do you have installed? I have every expansion and game pack plus the Laundry Day, Vintage Glamour, Backyard, Movie Hangout, Cool Kitchen, and Perfect Patio Stuff Packs.
Steps: How can we find the bug ourselves? I don't know if there is a way to find the bug rather create a game and play it through all of the seasons. I have gone through every season at least once in my current played game and as I am making my way through the second calendar year of seasons the glitch appeared.
What happens when the bug occurs? I finished my second time in Fall and completed harvest fest and Halloween but when it was supposed to change to Winter it still says it is Fall but has all of the holidays and events that are in Fall AND Winter. The weather matches the season that I am supposed to be in but the calendar no longer says the correct season.
What do you expect to see? I expect the calendar to match the current season that the game is supposed to be in and not repeat the holidays and season I just finished.
Have you installed any customization with the game, e.g. Custom Content or Mods? Never used.
Did this issue appear after a specific patch or change you made to your system? Yes
Please describe the patch or change you made. July 10th Patch (PC 1.44.88.1020) 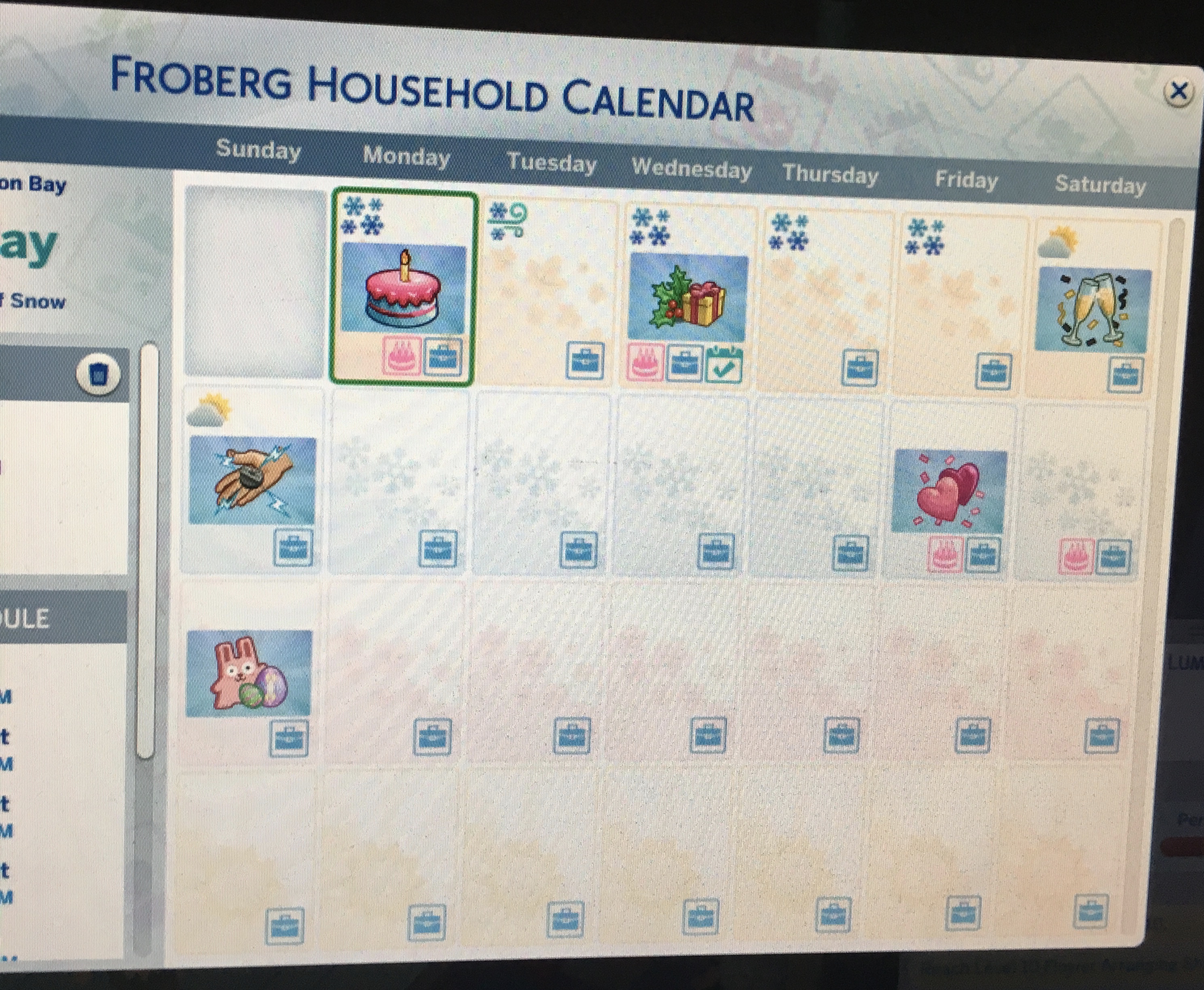 All of the preset holidays (which I left in their original/default seasons) now appear in the wrong seasons such as Winterfest in Fall and Love Day in Winter when Winterfest is supposed to be in WInter and Loveday in Spring. (I deleted Harvest Fest and Halloween which were combined with the winter holidays before I took this picture so that I didn't have to repeat the holidays again and could keep playing my game). I hope my description of the problem was clear enough because I didn't really know how to articulate it into written words.

Wonder if this is somehow connected t this: https://answers.ea.com/t5/Bug-Reports/TO-ADD-Custom-Holidays-don-t-reappear-the-coming-year-Issue/td...

We haven't been able to reproduce this issue yet.  Would either of you be willing to send save files with this issue?

If so, instructions are here:

Same happened to me on the second year. However I did not have a custom holiday on the first day of a season as someone else suggested. Perhaps having any custom holidays at all create this issue?

@Magzzap would you be willing to share your save ?

Is anyone still experiencing this issue? We still need saves if you can send those our way!

Hi, this thing is happening to me. After the last day of fall, the same season started again and I just realized when I opened the calendar and I noticed that fall and winter holidays were mixed together.

would you be willing to share your save as asked by @SimGuruIcarus above ?

Here the bugged save. Thanks