Product: The Sims 4
Platform:PC
Which language are you playing the game in? English
How often does the bug occur? Often (50% - 99%)
What is your current game version number? 1.63.134.1020
What expansions, game packs, and stuff packs do you have installed? All
Steps: How can we find the bug ourselves? Just play the Sims
What happens when the bug occurs? Post Eco-Living roll out, all the Sims in my played household repeatedly and obsessively have "Ah-ha!" moments. That is they have the animation where they stick their finger in the air in a "Eureka!" moment as if having the best idea ever. They never did this before unless they were scientists having a discovery. It happens at all ages and all of Sims do it (none of them are scientists). It happens, on average, about every few minutes.
What do you expect to see? Only having this animation when they have an idea.
Have you installed any customization with the game, e.g. Custom Content or Mods? Not now. I've removed them.
Did this issue appear after a specific patch or change you made to your system? Yes
Please describe the patch or change you made. After installation of Eco-Living.

It's slightly blocked by the male Sim, but in this screenshot you can see the female Sim doing it.

Is there input you need from me?

@Braxien None from you. Just means that I want to encourage others to chime in if they see the same.

Thanks! Apologies! I read that afterwards.

I'm seeing this too. Out of curiosity, have you also noticed they repeatedly appear bored as well ? The kind of weird shrug / sigh / looking around thing, but with no bored moodlet / not being part of any groups that would cause it ? This is something I've noticed the past few days on top of the eureka moments, not sure if it's just me. 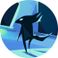 @Braxien Yeah, I've noticed this too. My sim is not a scientist, and has never been in the scientist career, but he's been doing this almost constantly since the patch. 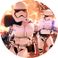 @Braxien My Sims have been doing that ever since the patch to the June update. It's affected my game so much (friendships, work performance, romance) that I'm no longer playing my main game because I don't want to ruin relationships anymore. AND 2 days ago, the "AHA" moments started and none of my Sims are even geniuses!
Very irritating, indeed. There's a "Bored" thread on here, too.

@cyoung1024 Yes !!! the bored moodlet with no reason happens to me an awful lot ... they sound annoyed when having conversation (without the game showing me the "bored" moodlet) or while doing pretty much anything ... but then their moodlets show that they are inspired or happy and I don't get it ...
Message 10 of 18 (345 Views)
Reply
2
New topic