Product: The Sims 4
Platform:PC
Which language are you playing the game in? English
How often does the bug occur? Often (50% - 99%)
What is your current game version number? 1.63.136.1010
What expansions, game packs, and stuff packs do you have installed? All
Steps: How can we find the bug ourselves? Have a save game that has unlocked a bunch of in game achievements (maxed skill, friends with death, 1 sim with 12 traits etc) and have a sim be promoted or have the the NAP voting popup
What happens when the bug occurs? Anywhere between 3-8 previously unlocked achievements will spam your screen as though you've just unlocked them for the first time.
What do you expect to see? To only be notified of an achievement once, at the time it's unlocked
Have you installed any customization with the game, e.g. Custom Content or Mods? Not now. I've removed them.
Did this issue appear after a specific patch or change you made to your system? Yes
Please describe the patch or change you made. Eco Lifestyle

This save is 3 generations of scored legacy play, so there have been a lot of achievements unlocked already.

I had a sim get a promotion (blue popup) & it launched the centre screen sparkle notification (& green wall notifications) for 5 achievements that had already been unlocked in this save.

Then later I had a blue popup regarding the NAP voting closing & it triggered another shower of sparkle notifications & green notifications for multiple achievements long since achieved & previously notified as unlocked.

There was another time it happened straight after loading into the save & unpausing.

This is all from the same save, but that's also the only one I have installed at the moment with long-term gameplay
(I've done a repair game between incidents too) 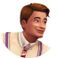 I forked off a version of a 25-generation save, and got spammed with notifications after exiting the game and reopening the original save. Some achievements were re-locked, like Special Delivery. There was an alien baby in this household not 4 generations previously. Career achievements that long-dead sims from this household completed have been re-locked as well.

I am on Wednesday of the 15th week of my save. I got the 'just getting started' achievement (playing for 4 hours) again. Earlier today, I received the achievements that a sim had maxed handiness and that a sim had stayed awake for 24 hours (or maybe had done nothing social for 24 hours). The other is always one of the first I unlock, and there is no way I could go over 15 weeks in game without doing it if I tried. I have 2 sims in this household that have maxed handiness, and neither did it today. Discover 10 aliens is now locked, with progress 2/10. There are 3 aliens IN THE HOUSEHOLD. I've been doing save-as all throughout this save, because I'm playing the new career from dream home decorator and it's very buggy.

Update: I did a folder refresh and repaired my game. Even if I go back to my oldest version of this save file, the achievements are reset. It still says that 2 aliens have been discovered with 3 (undisguised) aliens in the household. My sims met 10 aliens before any of these aliens were conceived.